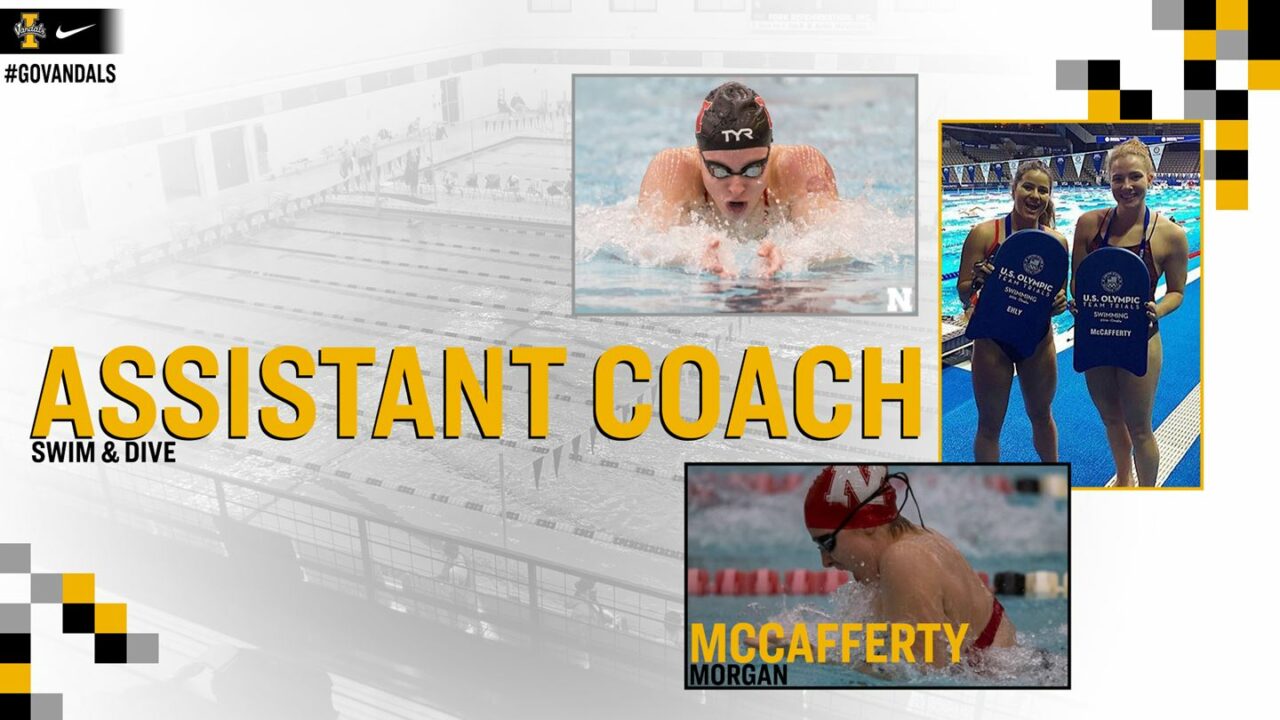 McCafferty brings several years of coaching experience, from the club and high school level to the Division I level. Current photo via Idaho Athletics

MOSCOW, Idaho – Morgan McCafferty has joined the Vandal Swimming & Diving staff as an assistant coach ahead of the 2021-22 season. McCafferty brings several years of coaching experience, from the club and high school level to the Division I level.

“We are thrilled to have Morgan joining our Vandal family,” said head coach Mark Sowa. “Terry and President Green really stepped up and showed their commitment to our program and its success by giving us this tremendous opportunity to hire a really good young coach. Morgan was an extremely accomplished student-athlete in the Big Ten, and knows first-hand what it takes to be an elite level swimmer.  However, what really made Morgan stand out is her desire to be an educator and a mentor of young athletes.  Her coaching philosophy will complement our staff perfectly.  Additionally, her skill set both on the pool deck and behind the scenes with logistics will make her a valuable asset to our team. I am so happy to have her here in Moscow and am very confident that this will be an exciting new stage for Vandal Swimming & Diving.”

“I’m so excited to be a part of the Vandal family,” McCafferty said. “The energy Coach Sowa brings to the table is something I connected with right off the bat and I’m ready to take on this new challenge. I know this will be a great learning experience and being able to learn under one of the best coaches and mentors in the swim community is very inspiring.

“There’s something special in Moscow. The team, Coach Sowa and the department show that the program is up and coming and a force to be reckoned with. I’m looking forward to seeing the progress of these swimmers and divers this season with the support we have for the program.”

Most recently, McCafferty spent two seasons working with her alma mater, the University of Nebraska, as the director of operations. There, she assisted the coaching staff with travel, recruiting and day-to-day operations while also serving as the primary contact for the program’s social media channels.

She also earned valuable experience coaching at the high school and club level. McCafferty spent two years as the head coach for Club Husker, working with athletes between the ages of 6-18. She had previously spent two seasons working with Club Husker as the age group coach for boys and girls, ages 9-13. McCafferty was also an assistant with Pius X High School last season and worked with Midwestern Swimming in 2018.

McCafferty was a four-year letterwinner for Nebraska, earning Academic All-Big Ten honors in each of her final three seasons. As a senior she helped lead Nebraska to its best Big Ten Championship finish since joining the league in 2012. She was selected to compete in the 2016 U.S. Olympic Trials in Omaha. McCafferty was a six-time honoree on the Nebraska Scholar-Athlete Honor Roll and a four-time Tom Osbourne Citizenship Team selection.

McCafferty earned her degree from Nebraska in history and added a master’s in higher education administration.