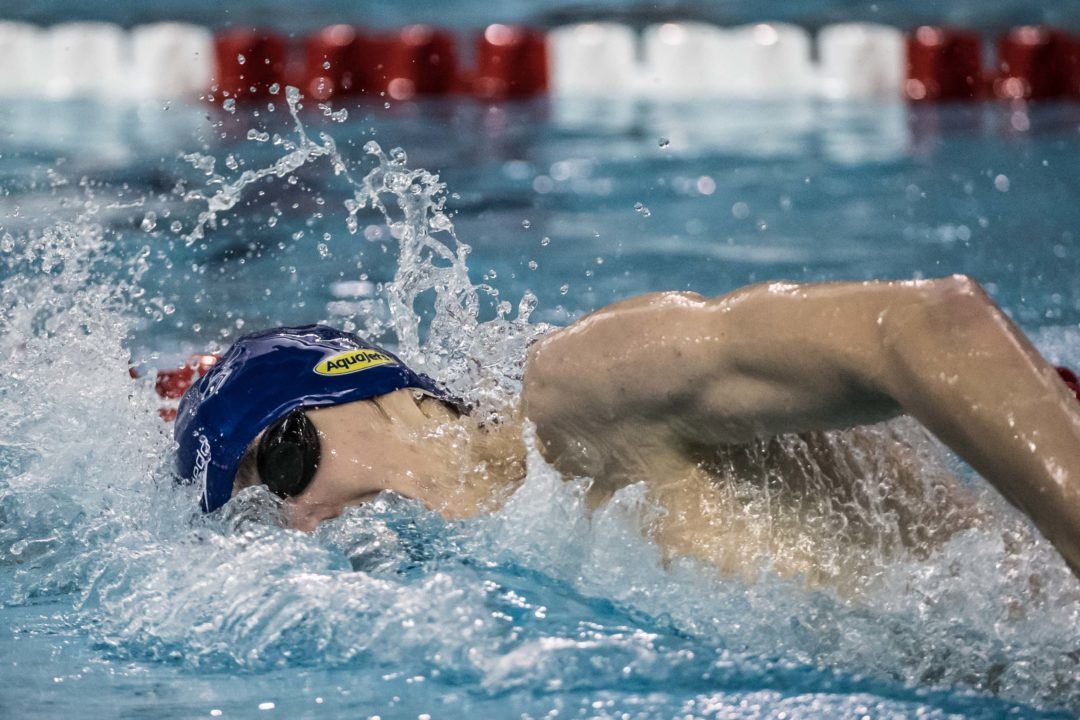 The Skippers of Minnetonka High School repeated as Class AA boys state champs in Minnesota, but it was Chanhassen’s Jack Dahlgren who smashed records individually.

Dahlgren, a senior who will join the University of Missouri next year, won the 200 free and 100 back, smashing class AA and overall state records in both. His 1:35.39 in the 200 free erased a state mark set by Sam Schilling last year. Meanwhile his 47.52 took the Minnesota record below 48 for the first time ever in the 100 back. Both he and runner-up Mitchell Whyte were under the old record, with Whyte going 47.84.

Minnetonka ran away with the team title, getting wins in the 200 IM, 100 fly and 200 free relay. Alabama commit John Shelstad took home that IM win, going 1:48.92 to win by more than a second over Craine. Then in the 100 fly, future Wisconsin Badger Erik Gessner went 48.75 to narrowly beat Whyte for the title with Shelstad third.

Gessner and Shelstad combined with Isaac Alberts and Michael Shelstad to go 1:24.65 in winning the 200 free relay.

With the exception of Dahlgren’s performances, top times are not as fast as in last year’s record-setting State, but overall more depth in many events. Pretty cool to see two freshmen finished 1-2 in 100BR! Jr Trepanier went 20.3 in prelims, and will have another shot at sub 20 next year.