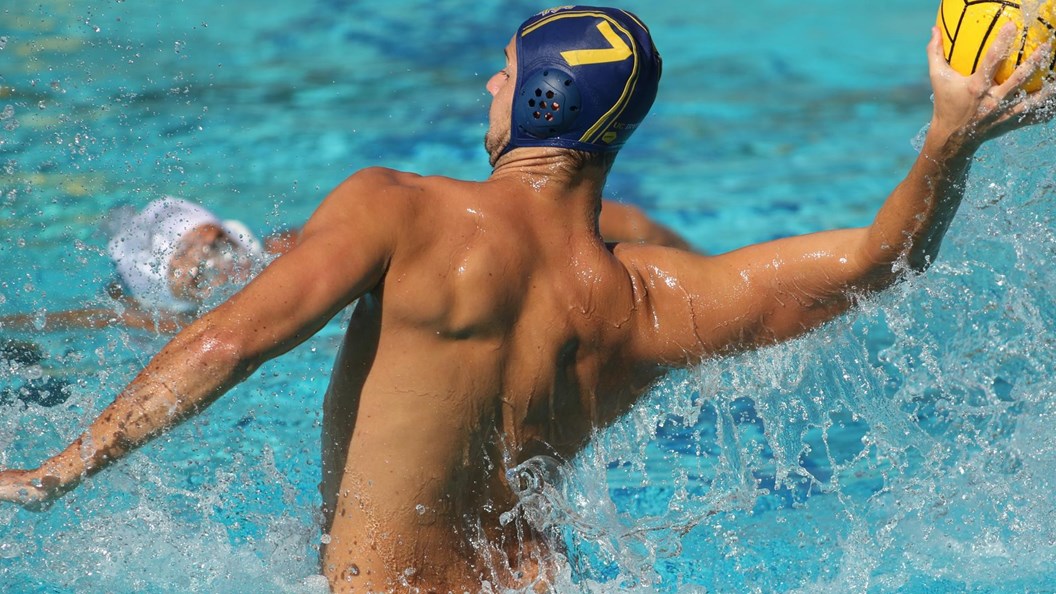 Wyatt Barker scored four for the Trojans in an important MPSF win at Stanford.

Fordham’s Jake Miller-Tolt and UC Irvine’s Jason Evezard were the top individual game scorers of collegiate men’s water polo Week 2, each turning in a nine-goal effort. Miller-Tolt totaled 13 goals on the week, but put in nine in an upset win over #17 St. Francis Brooklyn. Evezard registered his standout performance against Cal Baptist and also turned in a hat trick against Loyola Marymount. Evezard’s nine-goal output marked a school record, topping the previous mark of eight set by Mitch Wise (2013) and Lovre Milos (2014).

There were 71 occurrences of four or more goals ahead of 89 hat tricks on Week 2.

The top players as selection by conference offices were:

Players of the Week:

Defensive Player of the Week: Gabrielle Simonte, George Washington – notched 11 field blocks, four steals, eight goals and an assist at the Princeton Invitational; tallied a field block in each game, including a single-game record seven in the 13-12 upset win over Princeton; also tallied four goals against the Tigers.

Player of the Week: Bennett Williams, Stanford – Went 4-for-4 in shot attempts in the team’s lone NCAA contest of the week, a 16-5 home victory over San Jose State; also added two blocks, two drawn exclusions and won a sprint

Newcomer of the Week: Max Wade, Austin College – Scored five of the team’s 10 goals against Navy; registered two steals and a drawn ejection against the Midshipmen.

Player and Rookie of the Week: Vladimir Mickic, St. Francis Brooklyn – Registered 10 goals and drew 11 exclusions at the Princeton Invitational; tallied five goals against Fordham and four in an upset win over #15 George Washington

Defensive Athlete of the Week: Noah Smith, Claremont-Mudd-Scripps – Made 43 saves in four games; tallied 13 saves in a 12-9 win over Concordia (Irvine) and added nine in a 10-7 victory over Fresno Pacific