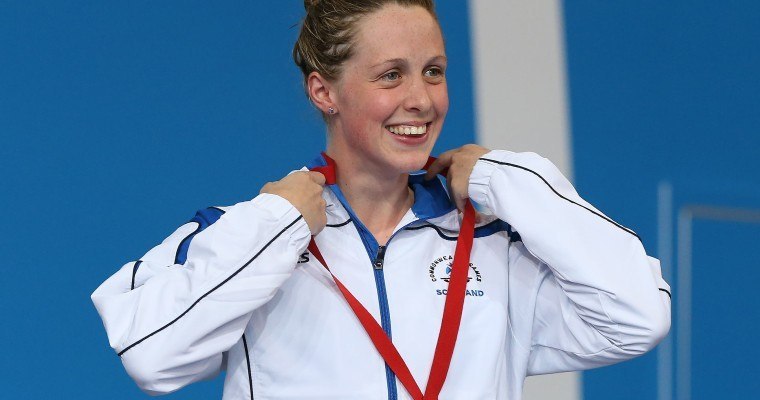 Hannah Miley swooped in from Scotland to lead all money-earners at the Orlando stop of the Arena Pro Swim Series with $3200. Archive photo via Scottish Swimming

Hannah Miley swooped in from Scotland to lead all money-earners at the Orlando stop of the Arena Pro Swim Series, while American Cody Miller was the big money-maker on the men’s side.

Miley earned $3200 in Orlando thanks to six different top-3 finishes. Miley won two races (the 200 free and 400 IM) and added a second-place and three thirds. Despite not swimming either of the previous two Pro Swim Series events, Miley rocketed to 6th on the total money-earned list for the tour.

Miller, meanwhile, swept the breaststroke events and also earned a check with a 3rd-place 200 IM finish. That netted him $2200, the most of any man in Orlando.

The full money-earners list for the Arena Pro Swim Series is below. The series reached its halfway point this weekend, with three more stops this spring and summer.

Note that these are money earned lists, not necessarily money accepted. Athletes maintaining amateurism status in order to compete in high school or the NCAA are marked with an “A.”

Robert Finke should be marked with an “A”, He is a freshman in high school and is not accepting prize money.