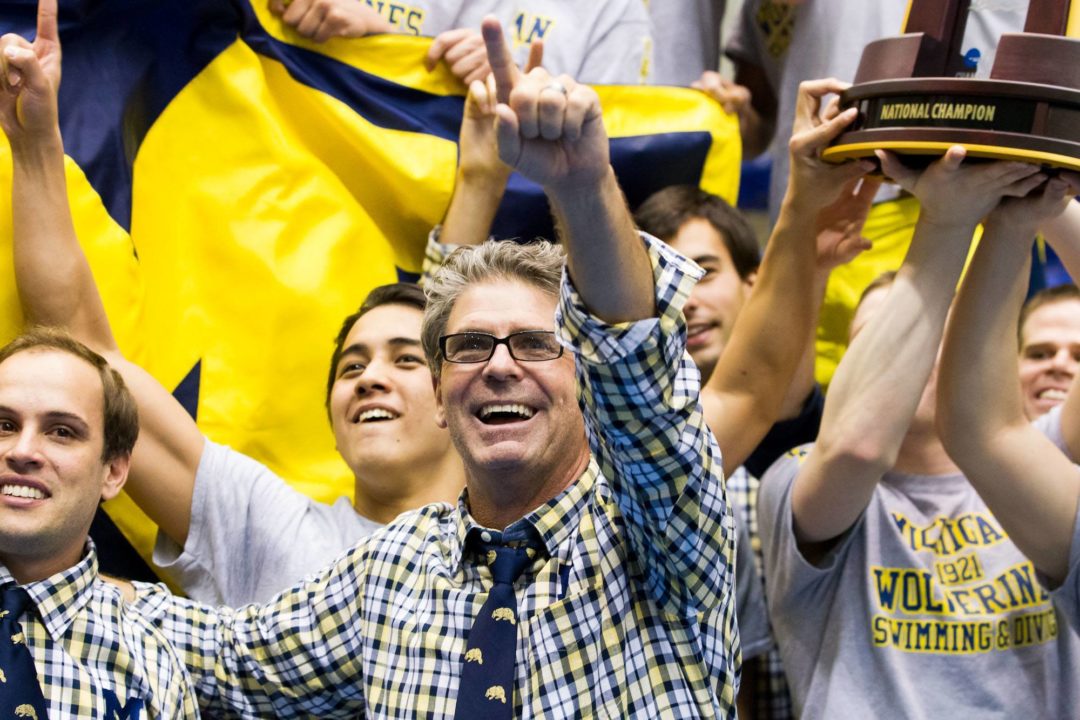 Hilde was the National/International Team Director and an assistant coach with the Mission Viejo program, serving there for three years. He’s currently overseas, coaching the USA Diving team at the FINA World Junior Championships in Russia through this weekend.

“Mike Hilde is exactly the kind of person we were looking for to lead our diving program,” head coach Mike Bottom said in Michigan’s press release. “He has passion, enthusiasm and is armed with an incredible work ethic that we believe will translate to success in the diving well. He has strong ties on both the national and international levels, which is going to really help us in the future. We’re absolutely thrilled to have Mike on board.”

Hilde has a lengthy resume in the sport of diving, stretching back to the mid-2000s, when he dove for the University of Southern California, making NCAAs in all four seasons and scoring 9 times. He’s also served as head diving coach at the University of San Diego.

Michigan hasn’t been a huge diving hub of late, but does return women’s NCAA qualifier Carey Chen, who made top 8 on all three boards at Big Tens, and Timothy Faeber, who finaled in all three men’s diving events at Big Tens last year, taking 4th on 3-meter and platform.

Any idea why Kz left Michigan to go to Louisville?