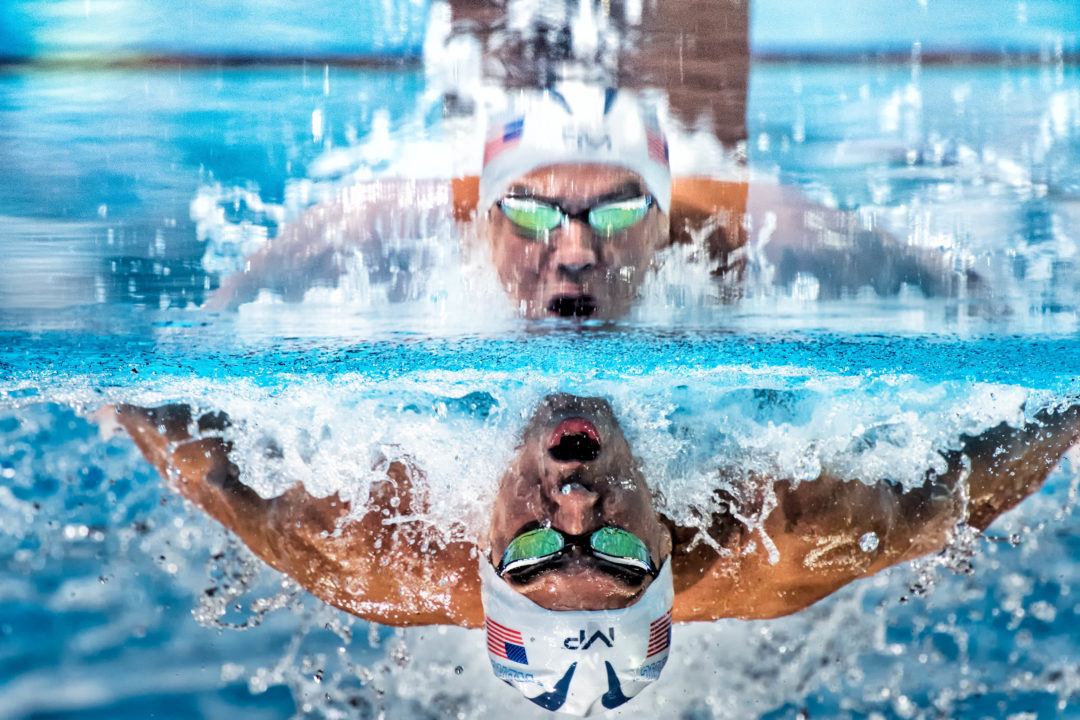 American swimmer Michael Phelps has been recognized with the USOC’s Best of July honors. The awards, which are given to one male, one female, and one team under the USOC’s umbrella of Olympic and Paralympic sports, are in effect the “Athlete of the Month” honors, though they’re not formally framed that way.

Phelps earned the honor after becoming the first American male swimmer to qualify for a fifth Olympic Games when he won the 100 fly, 200 fly, and 200 IM at the 2016 U.S. Olympic Trials. That pushed his Olympic Trials event win total up to 16 for his career – more than any other swimmer in history.

Phelps and the female award winner, gymnast Simone Biles, will both head to Rio to begin competition at the 2016 Olympic Games. Biles was honored for the second-straight month as a result of clinching the all-around title at the 2016 Olympic Gymnastic Trials in San Jose, California.

A month after the Olympians finish competition in Rio, the Paralympians begin, and it was the U.S. Women’s Wheelchair Basketball Team that earned the team honor for July. They won the Women’s World Super Cup in Frankfurt, Germany in the last month, which included beating the defending Olympic gold (Germany) and bronze (Netherlands) medalists.

Honorees are selected from a 50/50 splitof  votes by NGB representatives and select members of the media; and from a fan vote.