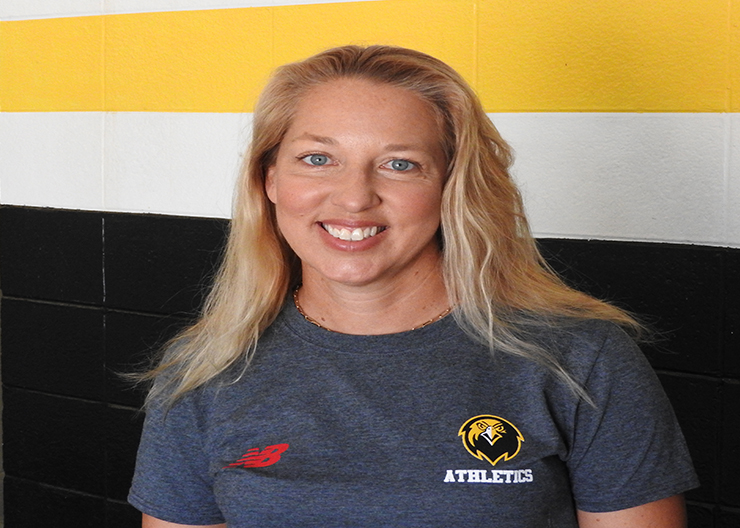 Meredith Novack has been hired as the new head women’s swimming coach coach for the Pfeiffer University Falcons, the school announced this week.

No stranger to peak performance, on September 22, 2013, Novack became the first-ever female to swim the Lanai-to-Maui-to-Lanai, otherwise known as the Auau Channel. Coming in at eleven hours and one minute, Novack completed the swim in world record fashion. As a notable figure in the adventure swimming world－ competing professionally in both open water swimming and triathlon－ the Falcons have landed a coach who has first hand knowledge of what it takes to compete at a high level.

On top of her success as an open water swimmer, Novack’s  athletic resume comes complete with experience as a collegiate swimmer for Georgia Southern University and also fourteen years as a professional triathlete during which she represented the US at four World Championships. Novack was the captain of the United States team at the 1996 FISU World University Triathlon Championships held in Liberec, Czech Republic.

While in Hawaii, as both a member of the university coaching staff and also as a private consultant, Novack coached Cherelle Oestringer. In 2019, Oestringer was the Swiss national champion in the 400 meter freestyle, 800 meter freestyle and the 1500 meter freestyle. Additionally, Oestringer won the 3k, 5k and 10k open water swims at the Swiss national championships. Also as a private consultant, Novack worked with Stephanie Peacock while she pursued her elite career. Peacock was the third-place finisher in the 800m freestyle at the 2016 U.S. Olympic Trials in Omaha, Nebraska.

During her time at the University of Hawaii at Manoa, Novack coached under Victor Wales. In 2019, Novack travelled to Singapore to pursue a coaching opportunity and returned home due to the Covid-19 pandemic. Once back on U.S soil, Novack was able to link up with Pfeiffer for this new coaching position. “I am happy to have a place to coach and Pfeiffer is happy that I am here,” Novack told us regarding her new head coaching position.