Mental Health for Athletes: You Are Not Alone 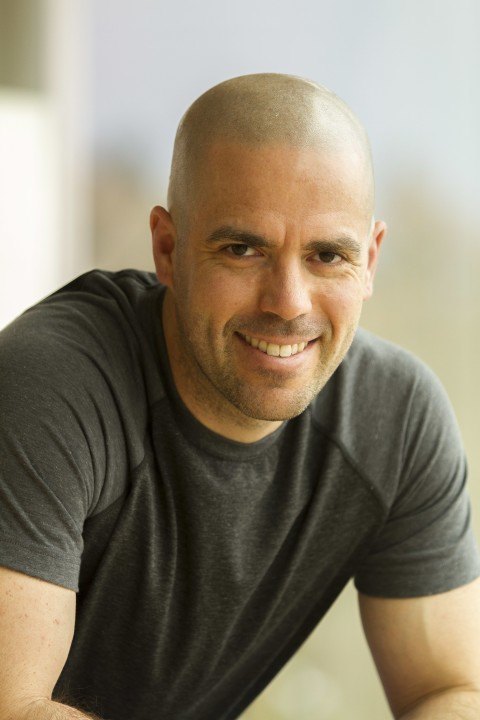 I was lucky to grow up participating in one of the greatest sports in the world... Current photo via lachlanemily.com

I was lucky to grow up participating in one of the greatest sports in the world. I was part of a fantastic team and was coached by some amazing people.

I was a strong age group swimmer and had the opportunity to be on relay teams that set several Canadian records.

After my days as an athlete were done I began coaching at 16 and continued to follow that passion for the next 20 years.

Growing up a swimmer there were amazing lessons to be learned including the value of a strong work ethic, how to commit to achieving a goal, self-reliance, accountability and how to be a great teammate.

Two lessons I struggled with were self-confidence and mental toughness.

I desperately wanted to have an unwavering belief in myself, the way that I saw others did.

For a period of time my self-esteem would be high, I was sure I could do amazing things and go toe to toe with anyone.

But then at the drop of a hat my confidence would vanish. I began to be certain I could not achieve the simplest of tasks and that I was a burden to others, especially my teammates.

Mental toughness was something I respected so much in my swimming idols. Victor Davis walked the deck with incredible intensity; intensity that at times would make his competitors shrivel. The stories of Alex Baumann racing and training through unbelievable pain were legendary.

At times I was mentally tough, I demonstrated resilience and perseverance, but then in an instant my mind would become fragile, I would breakdown at the slightest sign of difficulty.

Many of my coaches became frustrated with my inconsistency, my lack of emotional control and what must have seemed like someone who could not understand what it took to be successful in sport.

I was ashamed of the fact that I wasn’t able to change my mindset through my work ethic and persistence. That I couldn’t change the voice in my head that was telling me how crappy I was, how useless I was and did not allow me to focus on the positive.

I thought these were things an athlete should be able to do.

What my coaches, my parents, my friends did not know was how dark things got.

I felt that I was failing at everything and failing everyone.

Why wasn’t I able to make the darkness go away?

What was I doing wrong?

As a teenager I attempted suicide twice.

These feelings and cycle followed me into my adult life.

There were months that I was able to achieve amazing things, survive off of 4 hours of sleep and have an undying amount of confidence and enthusiasm.

Those times would be followed by longer periods of feeling useless and being scared that I was letting others down because of my lack of confidence and productivity.

Times where I had trouble getting out of bed because of uncontrollable anxiety.

Times where I had to fake a smile, fake a laugh and use all of my energy to simply speak with others.

There were times as an adult where I came close to suicide.

As a coach I felt like a hypocrite. I spoke of the importance of confidence and a strong belief in who you were and what you could do, when most of the time I never did.

I gave lessons on how necessary mental toughness was if you wanted to be a successful athlete and a successful person, when there were many times my mind was on the edge of breaking down.

I went through several years where I just toughed it out, because that is what I knew how to do.

Then came a day when I had no choice but to ask for help or I wouldn’t have survived. A fellow coach and an incredible friend came and took me to the hospital where I was admitted.

I met doctors and health care professionals that adjusted my medicine, educated me on the illness and provided me with an introduction to different types of therapy.

When I left the hospital I had a new found sense of stability and a more efficient way of dealing with my highs, but especially my lows.

This was not the end of my journey by any stretch of the imagination. I still wasn’t willing to truly ask for help from friends, family or medical professionals.

Some knew the challenges I faced but not all.

Instead of burdening people with my problems when I was depressed I isolated myself and hid my problems.

It wasn’t until three years ago after going through a severe depression resulting from a car accident, which also necessitated spinal surgery, that I was able to truly be comfortable with who I was, illness and all.

After many years of struggling with my illness I have been able to be open about what I go through and have gone through. It hasn’t been easy there have been some negative experiences but the positive and supportive ones outweigh them by far.

If you are an athlete and struggle with mental health issues you are not weak and you are not alone.

Emily Brunemann has done an amazing job in creating awareness in the area of mental health issues in athletics. I feel the segment below from her article Mental Health Matters, Even for Tough as Nails Swimmers is very appropriate to share here:

“The next step to breaking down stigmas surrounding mental health is to spark conversation, teaching swimmers that it is not a weakness to reach for help. Not only does reaching for help show strength, it also gives athletes the self-awareness needed to be successful in the pool and in life. It is essential to understand that you do not have to have a clinical diagnosis to reach out and talk about mental health. Speaking about pressures is a healthy discussion that will give you a better understanding and awareness both in and out of the pool.”

“Reaching out for help when struggling may seem frightening, but it is a weight off your shoulders to find that you are not alone. Similarly, reaching out to a teammate who is struggling can be a hard discussion to start, but there are resources to help with that process.”

It was Emily’s initiative that motivated me to start to share my experiences with others in the athletic realm.

Through this and future articles I hope that by sharing my experiences and how I have achieved greater stability and wellness in my life can help others, especially athletes.

Remember you are not alone.

The following are a list of some amazing articles written by Emily Brunemann that have been published by SwimSwam:

Mental Health Matters, Even for Tough as Nails Swimmers

Mental Health: How to be Proactive in Helping Others

Mental Health for Athletes: Open Door Policy is a Crucial First Step, But What’s Next?

Another powerful video was produced by the Florida Swim Network:

Brave and bold writing. Well done Sir ! The only thing I could add to the mix would be for the swimming word community to be aware of the link between mental illness and substance abuse. They go hand and hand and a dual diagnosis can be deadly. When looking into mental illness please be careful not to miss the other signs for addiction issues.
It’s not uncommon in either a high stress work place or in a highly competitive sport for people to have these related issues. Although they were rarely addressed in the same breath until recently. This hold especially true in the swimming world where we all lived and competed. It’s not as uncommon as we’d… Read more »

I can completely relate to the putting yourself in a very stressful, fast-pace life. I immediately went to graduate school to get a Ph.D. in chemistry and now a postdoc at Los Alamos National Laboratory. There were times I abused alcohol to cope with the bipolar symptoms, which just made things worse for me. Like you, I am now in recovery from alcohol abuse and manage my bipolar with a strict regimen of keeping my body “clean”, medication management, and now channel all my symptoms in to Ironman training. Thank you for sharing your story! I am more than willing to talk with anyone that wants to too!

The profound irony regarding mental illness is that while it is difficult to ask for help, once you do ask for it, the help available is actually pretty effective.

You’re not alone, you’re not broken beyond repair and you can – and will – get better.

Wow Grace-man. ..and I should emphasize “Man”…very powerful and courageous for you to share you’re challenges. If it helps you justify your decision to share I can personally assure you that you just helped someone a little bit…

Amazing honesty and introspection Jeff. Congratulations to you for breaking through to determine the truth of the struggle, having the strength to do something about it and having the courage and confidence to share it with everyone else.

Thank you for sharing your struggle with all of us, Jeff! It should remind us that the #1 goal of competitive swimming is HEALTH, and that mental health is just as important as physical health for those involved in our sport! As a coach I think it’s very important to stay positive and confine critical comments to measurable things like splits and technical elements of a race rather than subjective things like motivation, confidence or mental toughness; we have to assume our athletes are being hard enough on themselves! Also, it’s the responibility of all members of the swimming community (coaches, athletes, parents, etc) to emphasize fun over winning and watch out for signs of depression so that potential mental… Read more »

Thank you for writing this. I was diagnosed with bipolar II at 23 after my collegiate eligibility ended. There were many times during my swim career where I thought something was wrong with me, but I just hid it and tried to be “normal.” Once swimming was over and I didn’t have that structure, things just got worse. I have found that by sharing my story and breaking my silence, makes life a little bit easier. I keep a blog to document my journey (the link above) and I hope to reach out to others struggling. It isn’t all about bipolar disorder, but I do write about it. We are not alone!