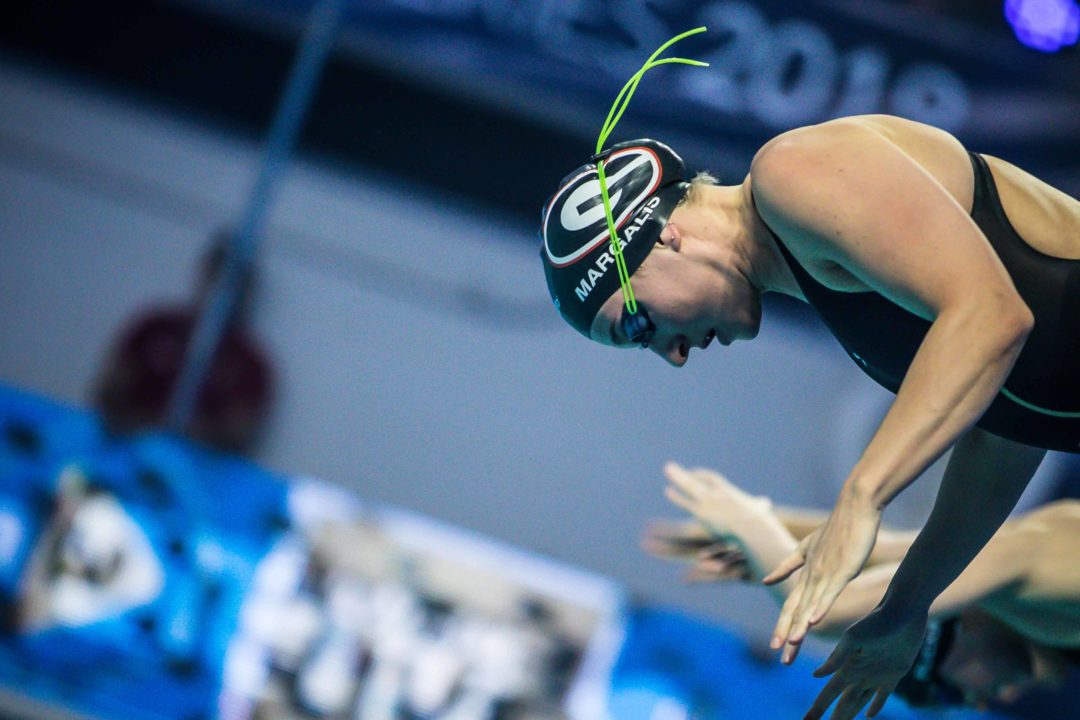 Margalis’s mark was a new American Record, surpassing the time of 4:24.62 Caitlin Leverenz put up at the 2011 Duel in the Pool. Current photo via Jack Spitser/Spitser Photography

The Breakers’s Abbie Wood jumped out in front during the fly leg, but   Ella Eastin established control during the middle 200m.  Melanie Margalis moved steadily up, passing Eastin toward the beginning of the freestyle leg  and winning 4:24.46 to 4:27.53. The Condors went 1&3, as Hali Flickinger held was 3rd at the halfway point, and hung on during the second half to finish in 3rd with a 4:29.64.

Margalis’s mark appears to be a new American Record, surpassing the time of 4:24.62 Caitlin Leverenz put up at the 2011 Duel in the Pool.

Margalis won this race in both of Group A’s matches, and though she trailed early, she won this one decisively and remains undefeated in the 400 IM so far this season. She hits the new fastest time in the league this year and now holds the three fastest swims for the season. Cali gets a big boost with a 1-3 finish from the former Georgia teammates, with Flickinger third. LA gets a great swim from Eastin (four seconds faster than she was in Lewisville) but a disappointing one from Andison (three seconds slower than she was in Budapest). Some tight finishes at the bottom, with 5th through 8th separated by just about two tenths, but the Breakers come out on the wrong end of it in 7th and 8th.

Did no one proof read that title before uploading….

Spending too much time with Abe? 🧐