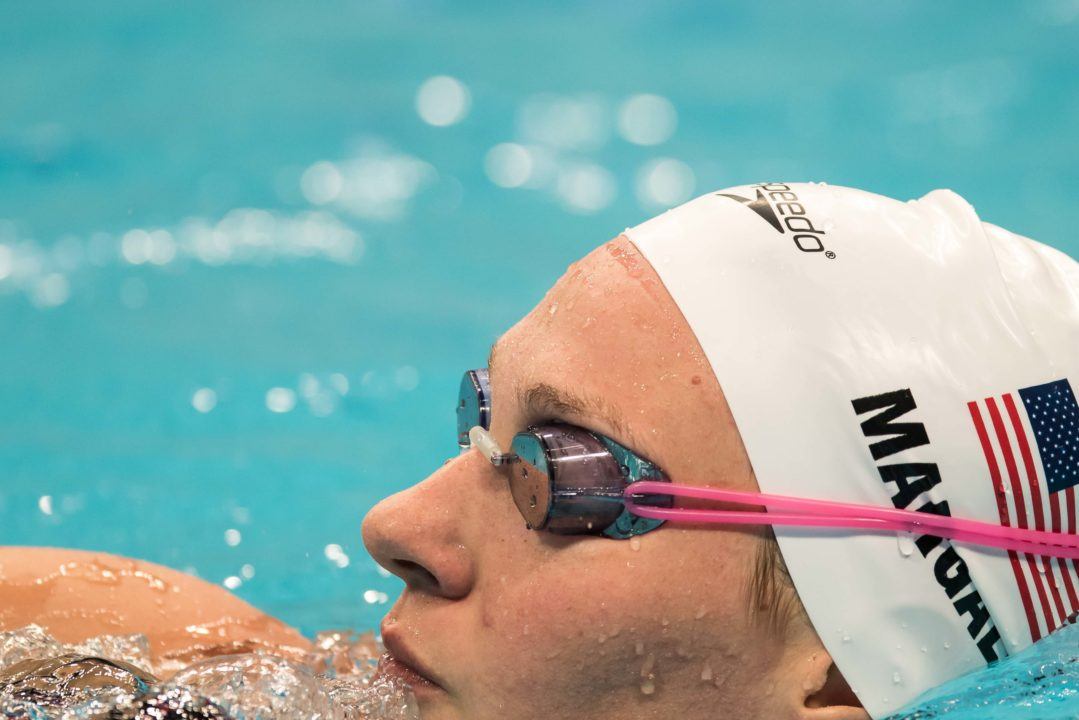 Melanie Margalis has dropped the 200 free final on day 3 in Indianapolis after swimming the 2nd fastest time of the morning in 1:57.94. Archive photo via Mike Lewis/Ola Vista Photography

Melanie Margalis was one of just two scratches out of an A-final tonight at the TYR Pro Swim Series in Indianapolis, as the 26-year-old has bowed out of the women’s 200 free as the #2 seed.

Ella Eastin has made the same move as Margalis, scratching out of the 200 free B-final in order to focus on the 400 IM where she comes in seeded 3rd. Margalis’ scratch moved Gabby Deloof of Club Wolverine up into the A-final, while Kaersten Meitz and Erica Sullivan both got bumped up to the B-final.

For the second straight night 33-year-old Matt Grevers has removed himself from a B-final, exiting the 50 free after placing 10th this morning, but remains on the heat sheets for the A-final of the 200 back. That move got Joe Myhre (23.96) bumped up into the ‘A’ flight.

In the vain of there are no stupid questions….I understand if someone skips an earlier final to focus on a later final but why would one skip a later event than the focus event? What’s the downside of that extra swim at their fitness levels?

Still an extra swim. She has more races today. She also swam a solid time in the morning so nothing else to gain.