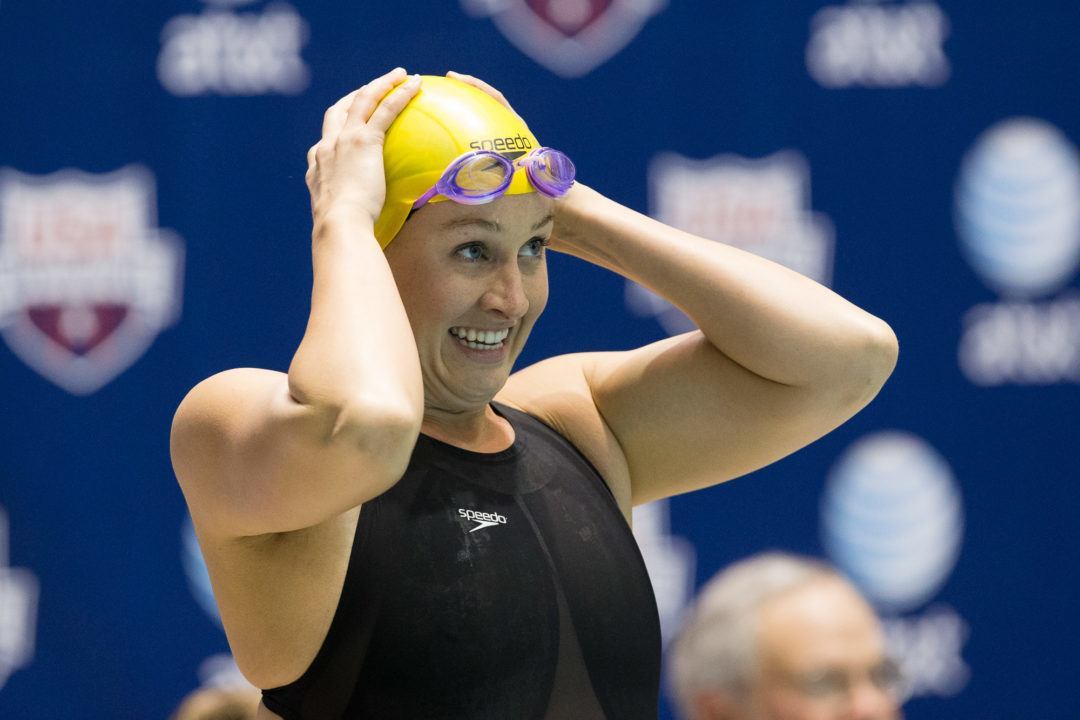 Former Cal captain Melanie Klaren will move on to a coaching role with Duke next season. Archive photo via Tim Binning/TheSwimPictures.com

Former Cal Golden Bear Melanie Klaren has announced that she will conclude her swimming career after this week’s U.S. Olympic Trials.

Klaren, who was on the United States’ team for the 2015 World University Games, swam the 100 and 200 backstroke in Omaha last week, finishing 22nd and 27th, respectively. That included being one of the rare swimmers at this meet who beat her seed time when she dropped a tenth-of-a-second in the 100 backstroke prelims to swim 1:01.69 on Monday morning.

She was a member of the 2008-2009 USA Swimming Junior National Team, and in 2015 traveled to Gwangju, South Korea to represent the United States at the 2015 World University Games (Summer Universiade).

In an interview with the OC Register’s Dan Albano, Klaren also says that she is now headed to Duke University to become an assistant coach with their swim program. Duke has not publicly announced her addition.

Yet another career, ruined by going to Cal.

The ignorance on this Cal topic is getting really old. Melanie had a great career at Cal and made big time drops in her backstrokes there. Maybe look up the facts before posting.

Klaren actually improved at Cal. She was not in the running for the Olympics or worlds,

Why do I hear so many bad things about Cal?

Because people are dumb.

or got dumber with age ….LOL

Not sure why there’s always so much flak around swimmers and Cal. Klaren, from what I remember, had a great senior year (3rd in the 100 back?) in SCY. As the article mentioned, she dropped time in her 1 back swim, so I’m not sure how her career was “ruined” by going to Cal. All in all, I think we have to remember that these athletes are 20-something year-olds who made the decision to attend XYZ schools and train with XYZ coaches, and what should matter most is how they feel about their careers/achievements/times, not all of us commentators looking from the outside in.