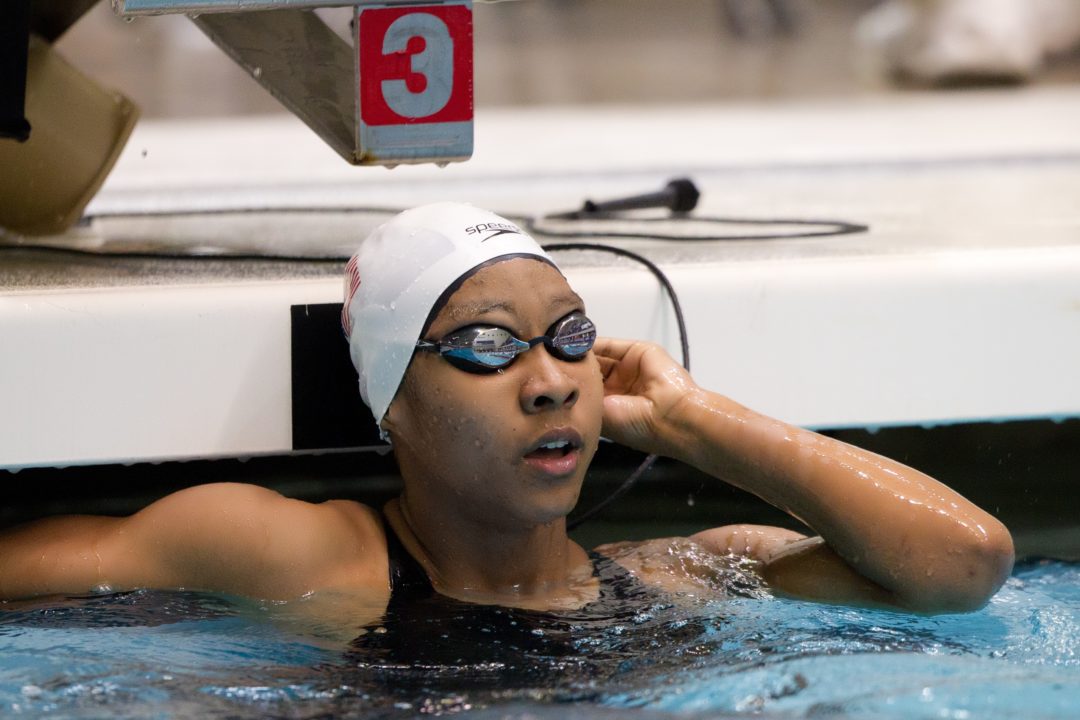 Meet Olympic swimmer Lia Neal, who will be representing Team USA this summer in Rio as a member of the 400 freestyle relay. A second-time Olympian and a veteran USA National teamer at only 21-years-old, Neal specializes in sprint freestyle. Archive photo via Tim Binning/TheSwimPictures.com

Meet Olympic swimmer Lia Neal, who will be representing Team USA this summer in Rio as a member of the 400 freestyle relay.  Neal began swimming in the first grade in her hometown of Brooklyn, NY.  A second-time Olympian and a veteran USA National teamer at only 21-years-old, Neal specializes in sprint freestyle.

For Neal, the team aspect of swimming is especially important and has been a factor of her success since high school.  Now at Stanford, Neal says being a part of a team gives her added motivation to swim fast during competition and provides a source of accountability and inspiration to work hard during practice.  For Neal, the team dimension of swimming makes it more enjoyable because it also allows athletes to share in the sport together.  A participant and promoter of Team USA’s Make a Splash Initiative, Neal continues to share the sport and promote diversity within swimming via Swim Brooklyn.

Neal also says that she loves focusing on her technique and finding ways to improve it.  She credits swimming with helping make her the person she is today, through the work and dedication required to be successful and through those she has met swimming.  Neal is the second African-American woman to make the US Olympic swim team this year, alongside Stanford teammate Simone Manuel, who will be competing in the 50 and 100 freestyles individually, as well as on the 400 free relay with Neal.

Yes Lia, slay. Most underrated team USA swimmer. This is her second Olympic Games so I wouldn’t be surprised to see her spilt a :49 on that relay!! Go Lia, you’re a star<3