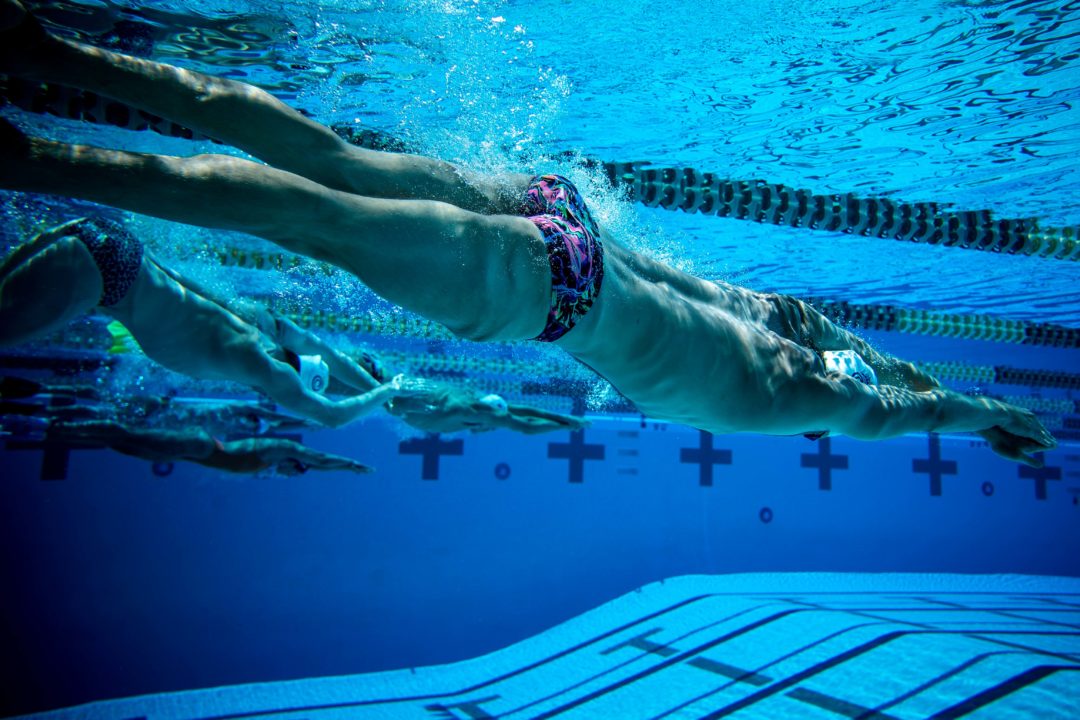 The following comes to us from swimmer and coach Josh Hurley, who put together a research paper on dryland training and its specific application to swimming. Stock photo via Jack Spitser/Spitser Photography

In a dynamic, high-paced sport such as water polo, several different kicking styles are required in order to be able to respond to the action.

The following comes to us from swimmer and coach Josh Hurley, who put together a research paper on dryland training and its specific application to swimming. We’re splitting the bulk of the paper into a series, but you can see the full paper (including abbreviations, a comprehensive glossary, and a bibliography) here.

Full intro in document linked above

The purpose of this report is to identify the key aspects of training and how best dry land training can supplement all strokes and areas of a competitive swim; including starts and turns. A portfolio of information from academic research will firstly be considered and after analysis and interpretation of the information a conclusion will be drawn as to how best to maximise performance.

There are a variety of reasons for including maximal strength work in an athletes dry land training program:

’Strength training with emphasis on maximal mobilisation of force should (…) be included in training for improved endurance performance for athletes as well as for rehabilitation and in preventive medicine.’ (Hoff et al. 2002).

It is thought that maximal strength is based on the repetitions and training volume. Campos and a team of academics studied such factors.

To best suit a competitive swimmer it appears that a high repetition program would be more beneficial. This would allow a greater time to exhaustion in the muscles and a greater aerobic power output available to the athlete. Swimmers rarely use maximal strength in the pool meaning a lower repetition program would not be as beneficial. All the regimen resulted in more aerobic ‘fast twitch’ muscle fibres; benefitting sprint swimmers more than long distance swimmers (as they are more Type A dominant – due to long term usage).

There is also a link between strength and power output. To output maximal power initially a foundation of strength should be set down: ‘improved their maximal strength, the ability to generate maximal power and velocity during athletic movements also increased in the absence of any specific ballistic power training.’ (Cormie et al. 2010). Proving that maximal strength training to isolate and develop muscles also improves other athletic characteristics. This is supported by an earlier study: ‘This study provides support for the use of a combination of traditional and Olympic-style weightlifting exercises and plyometric drills to improve vertical jumping ability and explosive performance’ (Fatouros, 2000).

A key aspect to training is the explosive power available for the athlete to access; especially during the starts and turns. Therefore inclusion of exercises boosting explosive power will benefit performance. During turns the key movements are similar to that of the deep squat or squat jump. Explosive power is focused on the concentric portion of a movement as this is often the point when the most power can be exerted.

Plyometric exercises use muscles to produce the maximum possible force; this is explosive power.

Showing that plyometric training can benefit the starts and turns of swimmers but shows limited effect on kicking as this is not dependant on power, rather continuous repeated movements. However the target group is adolescents (around 14 years old) meaning validity is questioned as at that age it is difficult to control all variables due to puberty. Use of the comparative control group reinforces the validity as there was no change in these athletes.

‘as a result of depth jump training, there is a significant increase in vertical jumping ability on the ground.’

‘supported at the .01 level’. This means that there is a correlation between the inclusion of depth jump training and jumping ability which is linked to explosive power (primarily in the legs).

This second study is completed on a similar group but shows very similar results making both studies more reliable. Therefore it appears beneficial to include plyometric exercises for leg development to contribute to more powerful starts and turn exits.

Swimming is dependant on repeated motions for multiple repetitions. For only a single olympic length around 35-40 strokes on average (at a medium competitive level). Most events are much longer than 50m and therefore require even more stokes or repetition. This is why endurance training is so important for swimmers.

Using a lower weight than maximum (around 65-70%) for many repetitions is the most common way of training for endurance.

‘Elite endurance athletes perform 80 % or more of their training at intensities clearly below their lactate threshold and use high-intensity training surprisingly sparingly.’ (Seiler et al. 2009).

Seiler et al. suggests that the best way to train long distance athletes is to lower the high intensity work. However for swimmers there is a need for both, meaning it is important to incorporate both intensities into the program. It may be easiest to complete the endurance training in the pool but a high repetition strength should also be formed in dry land training.

However there is a common issue with endurance training. Using high repetitions  means an increased chance of injury. This is as the muscles become more fatigued and concentration may be lost by the athlete throughout the multiple repetition work. Loss of good form can lead to excess strain and loads on joints; leading to injury. However it could be argued that due to the low weight this training is ‘safer’

The graph shows correlation between training with higher loads increases the chances of injury. However there is no evidence that having higher repetitions will not have the same effect.

Up next: training types & conclusions

Josh Hurley is a qualified and practicing Swimming Teacher as well as a Fellow of the Institute of Swimming in England, he is currently training to become a swimming coach following his experiences as Club Captain of a British swimming club. Josh is also studying dentistry at King’s College London and uses his understanding of human biology to research innovative methods of coaching future generations of swimmers.

Very interesting series. The conclusion that a higher rep program is most effective makes sense; another consideration is that it is much easier to get injured during low rep training. This is modality specific of course. Excited to hear about training types. I’m wondering if kettlebells and resistance bands will be mentioned, they seem under-utilized. Barbell training has a steep learning curve and should rarely be used to develop explosive power in untrained populations.