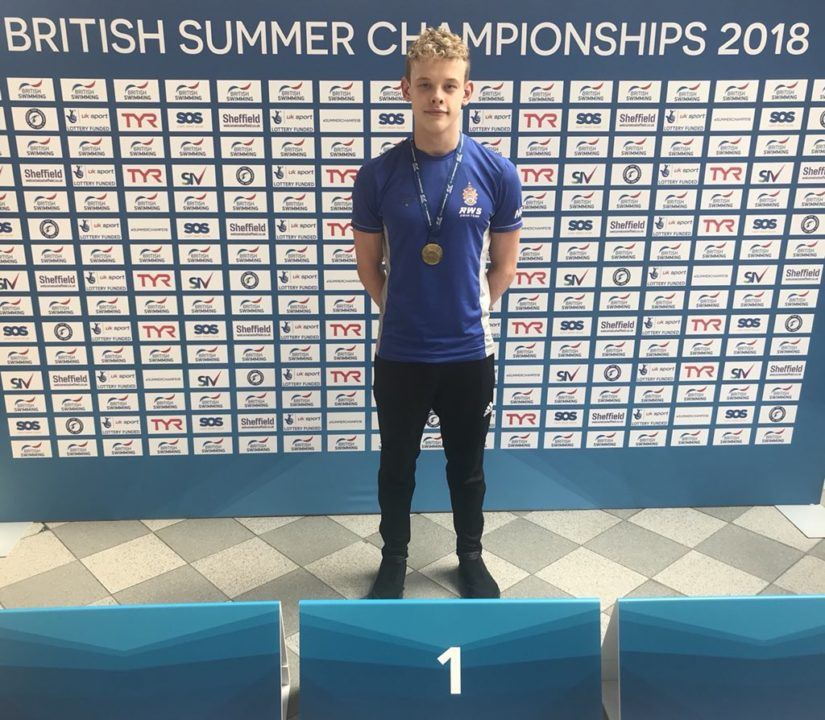 15-year-old Matthew Richards did some damage to the British age group records over the weekend, including giving one of Olympic medalist James Guy's marks the ax. Archive photo via Simon Richards

15-year-old Matt Richards has been tearing up the British National Age Group Record book this year, starting with several records at the 2018 British Summer Championships. He dipped into the short course realm this year as well, nabbing a new British Junior Record in the 100m free this past September.

Richards, who represents Royal School Wolverhampton Swimming Club, races as a 16-year-old, as Britain recognizes swimmer age as of December 31st of the year in which the race takes place.

While competing at the Midland Winter Short Course Championships this weekend, the budding star first tied Olympic medalist James Guy’s British Junior Record in the 200m freestyle with his prelims effort of 1:50.10, but lowered it even further at night. En route to gold, Richards smashed a new personal best of 1:48.36 to become the first British age grouper to ever dip under the 1:50 threshold in the 200m free.

Richards’ next victim was the 50m freestyle, where the teen punched a top seeded effort of 22.97 in prelims. That overtook the previous British Junior Record of 23.16 set by Henry Rennolls back in 2015. Although Richards scratched the final, his name is now etched in the books for this sprint record.

The 50m butterfly wasn’t safe from Richards either, as the versatile Royal Wolverhampton racer shaved .13 off of the British Junior Record held by European Championships swimmer Jacob Peters. His performance was good enough for gold, representing the only swimmer of the final field to clock a time under 25 seconds.