Matheus Santana Has A Strong Showing At Youth School Games 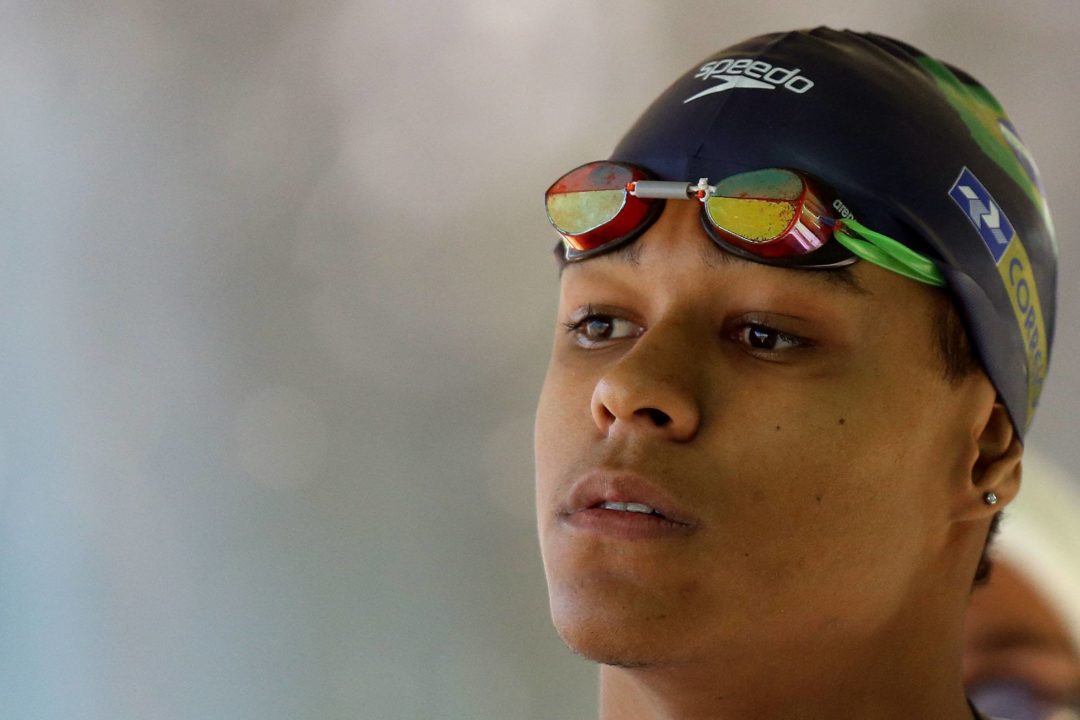 After having a year where he broke Cesar Cielo‘s Brazilian national age group record for 16 year olds in the... Current photo via Satiro Sodre/SSPress

After having a year where he broke Cesar Cielo‘s Brazilian national age group record for 16 year olds in the 50 freestyle Matheus Santana was looking forward to some great performances against top competitors such as American Caeleb Dressel, Australian Luke Percy and Russian Evgeny Sedov at the World Junior Championships in Dubai, but he never got the chance.

Due to a complication with his diabetes it was decided that the 17 year old was not fit to compete at the meet.

Fast forward to this year where Santana appears to be fully recovered and put up some strong performances over the weekend at the Youth School Games in Belem. As reported by Alex Pussieldi of Blog do Coach, Santana swam a 50.42 to win the event, which is just off his lifetime best.

The competition name is Youth School Games for 15-17year-old students.The place is Belém, in State of Pará.

About Santana:
He swam unshaved and unrested.His bests(22.79 and 50.25) are from last year when he was one inch smaller.He changed his coach,State and Club Team of training in January, and in December we will see him swim probably at his peak in Open Tournament(qualifies for PanPacs championships).

Thanks for the information it has been corrected.

Pan pacs or Jr. Pan Pacs will he try?