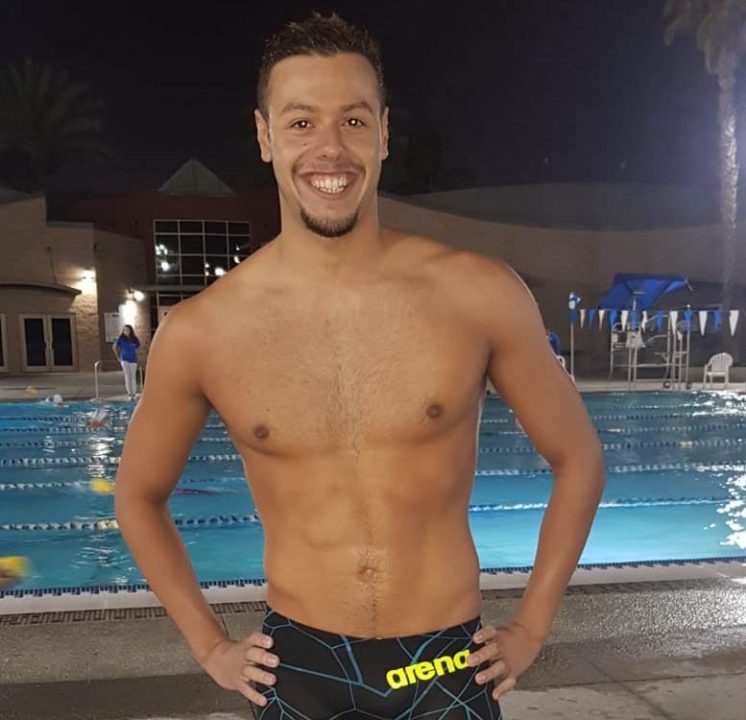 Roditi, who will seek Olympic qualification in open water, broke a 17-year-old Israeli Record this weekend in California.

In a weekend where old records have been broken across the country, another ‘oldest’ went down on Sunday at the Kevin B. Perry Senior Invitational in Southern California.

Named for the former California swim coach, who died in 2008 when he was 56-years old after a battle with cancer, the annual meet is one of the highlights of the non-championship schedule in one of swimming’s global hotbeds.

While most of the participants at this meet are American high school students, quite a few internationals and pros make their way into the pool, including from the pro groups based out of Team Elite in San Diego, the Trojan Swim Club at USC, and the Mission Viejo Nadadores.

A new congregation of world-class distance has begun to coalesce at Team Santa Monica as well – home of the United States’ top male open water swimmer (and one of the top 2 pool distance swimmers, depending on your evaluation), Jordan Wilimovsky. That includes Israeli 21-year old Matan Roditi, who has broken his country’s oldest long course National Record this weekend.

Roditi swam a 15:17.98 in the long course 1500 meter final, which shaved .33 seconds off the old Israeli Record of 15:18.31 that was set by Shilo Ayalon at the 2002 European Championships. Roditi’s previous personal best was a 15;22.49 from Summer Nationals. He’s the Israeli champion in both the 800 and 1500 free and in the 1okm open water swim. He finished 5th in the 10km race at the 2018 European Championships and 20th at the World Championships. He’ll be racing at the Tokyo Olympic qualifier with intent upon earning a spot at the Olympic Games – based on his finishing position at Worlds, he should be in position to do so if he can repeat that performance.