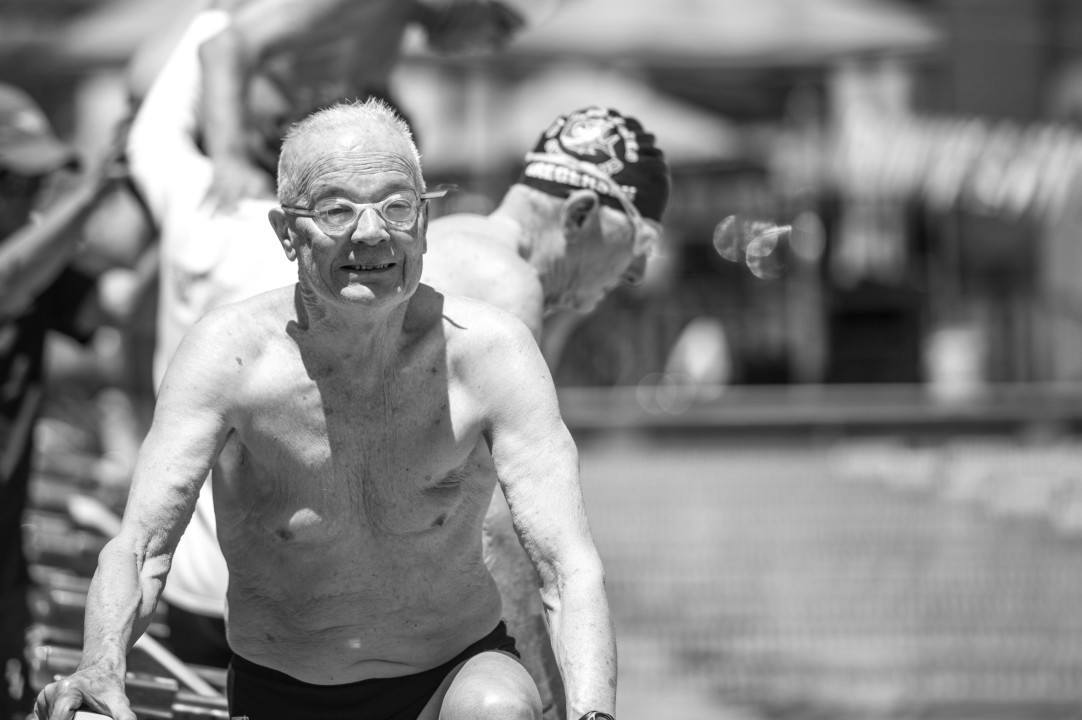 Living in New England, the change of the season is always noticeable and spectacular at times. Summer to fall, fall... Archive photo via Mike Lewis/Ola Vista Photography

Andrea Ghez, a member of the UCLA Masters swim team, is the 4th woman to ever be named a Nobel Laureate in Physics. She was honored Tuesday for her research into black holes.

Living in New England, the change of the season is always noticeable and spectacular at times. Summer to fall, fall to winter and so on, all have their glorious moments of special bliss, whether the first snowfall, murmurs of the lake freezing outside our window, the spectacular colors of the leaves on the mountainside in fall or the arrival of the green of spring. As with the noticeable change of the seasons outside, they seem to coincide with the change of season for swim training for eager triathletes as well.

Fall – as the fall season approaches, the weather seems to grow a bit cooler outside, local events are wrapping up, I tend to see an influx of triathletes to the pool and some eager to be a part of the master’s program to fine tune/fix their race seasons flaws, or sometimes learn how to swim all together. Some arrived injured and deflated with their performances or new with fresh perspective or lofty goals for next season’s races. No matter their intention, when they arrive, they are full of the need for answers and knowledge. Mostly I try to get a grasp on where they are at, why they are here and their overall goals. After all, this is swimming, it doesn’t get fixed overnight and may take many changes of the seasons to grasp and apply.

Winter – in the winter months, we not only see a huge influx of new lap swimmers, who did not join the team, but also any cross training athlete who longs for something else for exercise than staring at a treadmill belt. For the triathletes that have been in the program since the fall, they are well on their way to enlightenment, mostly now with little guidance and more encouragement as they begin to pound through some heavier workouts and yardage. We see moments of elation as they seem to attain paces never before seen, or distance never covered, and hopefully, all with less effort since they have been, for the past 3-5 months, under the watchful eye of the coach who will bombard them with technical terms and motions far beyond what they have known before, but yet, the results and speed seem to be improving.

Spring – it’s like the check comes to your table and whoooosh, everyone is gone! As the weather changes to pleasantville outside in New England, the disappearing triathlete emerges from the master’s program. So happy to be out of doors on their pedal machines and their newly purchased kicks, many all but abandon the indoor pool at this stage. While I understand their happiness to really open up their training regiment, it never fails to utterly confuse me as to why they spend 5-7 months working so hard on their swimming to just cease to keep up with practices and guidance. Many tell me they are going to practice outside in the open water, which I actually encourage, but with coaching and direction, not just on their own. They couldn’t fix their swimming on their own before, not sure what makes them think they can do it on their own now, after just a couple months of coaching.

Summer – our master’s program is pretty laid back in the summer months, we are done with major meets, some folks may do some open water events, swim at the pond and practice attendance is pretty light, sort of the recharge before we hit the ground running again for another swim session at the fall season changeover. I spend my time tracking some of the triathletes in the races they are doing, which is easy since we spend so much time preparing for their race goals, I know when they are racing and it never fails that the race pace we worked on all those months does not add up to what their overall time ends up being for a given distance. All sorts of factors may play into it, transition time, on the beach for another loop, wind, wave, but I also gather a falter in stroke mechanics, body position and a general fall off the pace we worked on due to lack of follow through with the full training regimen.

Coach Graham recommends the following to the disappearing triathlete:

http://100swimmingworkouts.com/This is fun for workouts and was geared for Tri-athletes. I have use some of it lately to practice. Its much different in your 40’s when I swam a few masters meets in the 45 to 49 age group and today at 59.

David C. Graham is the Head Coach of Greenwood Masters Swimming, a workout group in the New England Masters Swim Club. Coach Graham is a Level 3 USMS Masters Coach and has worked in the aquatics arena as a professional for the past 15 years. A native of NJ, he …

More from David Graham
See All