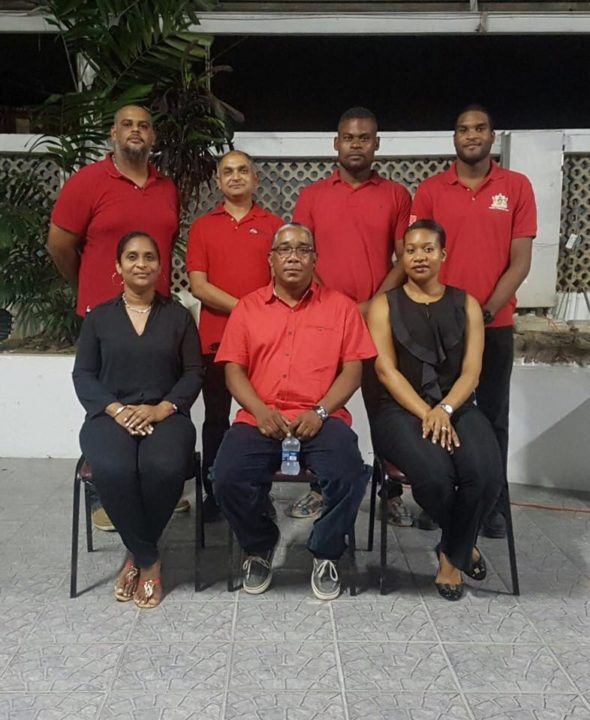 The first council meeting of this new term was scheduled for October 25th 2016 and the next swim meet is tomorrow being the Tidal Wave Aquatics Interzone Schools Swim Meet at Centre of Excellence Macoya. Current photo via Movement for Aquatic Success/A.S.A.T.T

Mr. Wendell Lai Hing has replaced Mr. Joseph Mc Leod as president of the Amateur Swimming Association of Trinidad and Tobago (ASATT), as the organization held its Annual General Meeting on Friday October 14th 2016 at the Cascadia Hotel.

The meeting which got off to a delayed start, featured the President’s Report, Secretary’s Report and the presentation of the Audited Financials for four financial years starting 2012. Mc Leod highlighted the achievements of the outgoing team and proffered an explanation for the matters that remained outstanding. The Secretary’s Report was presented by outgoing Assistant Secretary/Treasurer Ms. Francis Sampson, as the secretary Mr. Gary Morales had previously resigned.

The adoption of the financial reports had to be deferred.  The auditor had fallen ill and could not attend the AGM, and questions surrounding the accounts could not be adequately answered by the outgoing Treasurer Mr. David Calcut. Mr.
Calcut was not the Treasurer for the entire period under review and it was agreed that the accounts would be addressed at a Special General Meeting.

The following are the results of the election of officers:

Outgoing Treasurer David Calcut did not contest the election. The positions of Secretary and PRO were vacated prior to the election due to the resignations of Gary Morales and Joseph Ryan respectively.

Lai Hing thanked the clubs for their support and briefly outlined priorities inclusive of constitutional reform, hosting of CCCAN 2017, National Short Course Championships and ASATT Invitational. The meeting recognized the outgoing officers and thanked them for their service. The appointment of auditors and trustees was also deferred pending discussions with the auditor concerning queries on the accounts.

The first council meeting of this new term was scheduled for October 25th 2016 and the next swim meet is tomorrow being the Tidal Wave Aquatics Interzone Schools Swim Meet at Centre of Excellence Macoya. 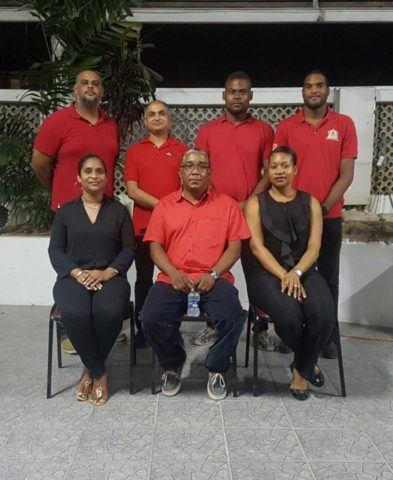 The Movement for Aquatic Success secured all seven positions up for grabs as the Amateur Swimming Association of Trinidad and Tobago held its Annual General Meeting at Cascadia Hotel yesterday.

In a eventful night where a few agenda items had to be deferred, no incumbents reelected with three contesting, and two persons on the opposing slate one of which was an incumbent withdrew on the night. New candidates contested the Secretary and PRO positions as Gary Morales and Joseph Ryan had previously resigned from the positions during the term.

The election of President set the tone for all positions as Wendell Lai Hing defeated Joseph Mc Leod 25 – 21, with one spoilt ballot. Mc Leod was elected as President in October 2013 for a one year term. In his President’s Report he attempted to defend the delays in calling the constitutionally due election and highlighted the achievements of the outgoing officers. Mc Leod previously was elected 1st Vice President in 2010 and 2011 under the presidency of Lindsay Gillette.

Lai Hing, who served as Secretary of ASATT on two previous occasions was humbled at the result and stated that “there would be no honeymoon period” as there were many pressing matters such as constitutional reform, CCCAN 2017, ASATT Invitational, National Aquatic Centre use and the National Short Course Championships. He thanked all the clubs for their support and stated his team is committed in taking Aquatics Forward.

Franz Huggins replaced incumbent Gregory Mitchell winning the post of 1st Vice President by a 26 – 21 margin. Huggins debuts as an Officer of ASATT, to add to his cadre of swimming achievements. He is currently the Head Coach of Arieos Aquatechs and is the primary local coach for Dylan Carter.

Chantal Ross-Thomas was the victor versus veteran open water swimmer Gordon Borde for the 2nd Vice President position. Also winning by a 26 – 21 margin, Ross-Thomas will bring to the table her wealth of experience from working in sport aided by her Masters qualification in Sport management. Her focus is to develop a fundraising strategy to make the association self-sufficient. Ross-Thomas also is make her debut as an officer of ASATT, defeating Borde who served as an officer on 6 different occasions.

26 – 21 appeared to be the consistent trend of votes as Andrea Brache secured her position of Secretary over Nicole Coombs. Brache who has been a volunteer in the sport for over a decade also has Masters qualifications in sport and aims to utilize this to ensure good governance in the association.

Indardeo Maharaj amassed the most votes by any candidate winning the Treasurer position 27 – 19 over Denise Kamal. Maharaj will have his hands full as all four years of accounts were not adopted as the auditor was unavoidably absent at the AGM, and the outgoing Treasurer Mr. David Calcut was unable to adequately respond to questions citing his tenure that started from October 2013 as this reason. Accounts for 2012 – 2015 were to be adopted at the meeting, and the appointment of auditors and adoption of Accounts has been deferred to a special general meeting to be confirmed. Mr. Calcut did not seek reelection.

Anthony Edwards and Jason Wickham won the positions of  Assistant Secretary/Treasurer and Public Relations Officer respectively. Edwards, an engineer by profession, is a past athlete and currently coaches at both the competitive and learn to swim levels. He is the youngest officer of the association and is serving his first term.

Jason Wickham returns to the PRO position following a 5 year hiatus. Wickham served as Assistant Secretary/Treasurer and then PRO during the period 2006-2011. He did not seek reelection in 2011, and in 2013 unsuccessfully contested the post of President.

While persons were generally pleased with the voting process, there were questions unanswered concerning the financial status of clubs and it was not disclosed whether clubs paid up all their dues for the period 2013 – 2015. 24 clubs were reported to be financial for 2016 and voted at the election.

The first council meeting of this new term was scheduled for October 25th 2016 and the next swim meet is tomorrow being the Tidal Wave Aquatics Interzone Schools Swim Meet at Centre of Excellence Macoya.

Courtesy of Movement for Aquatic Success