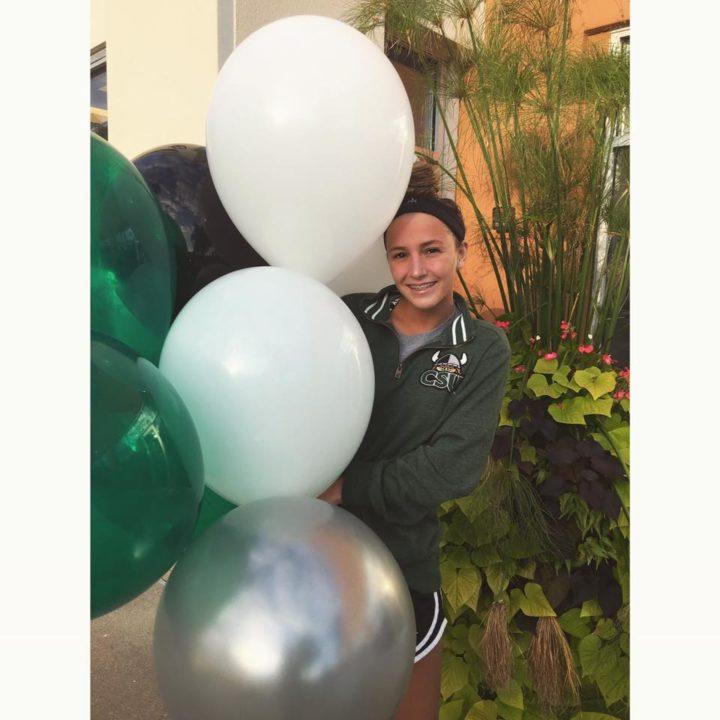 Gracyn McQueary, a USA Swimming Scholastic All-American from Ohio, has given her verbal commitment to the Cleveland State University Vikings for 2017-18. Current photo via Jennifer McQueary

Gracyn McQueary, a USA Swimming Scholastic All-American from Ohio, has given her verbal commitment to the Cleveland State University Vikings for 2017-18.

McQueary is from Bethel, Ohio, a rural community 45 minutes east of Cincinnati, where she attends Bethel-Tate High School. Since her high school has neither a pool nor a swim team, she commutes 40 minutes to practice with her club team, M.E. Lyons/Anderson Barracudas. “Her club coach Ed Bachman has generously volunteered his time to also be her high school coach,” McQueary’s parents told SwimSwam.

This summer McQueary wrapped up her long course season at the YMCA Long Course National Championships, where she competed in the 50 free and 50/100/200m breast. She finished fifth in the 50m breast and 19th in the 100m breast, and bagged new PBs in both those events as well as the 50m free.

McQueary will join Cleveland State in the fall of 2017 with fellow commits Dana Bender and Shaw Barney. She expects to be a Biological Sciences major and plans to pursue a career in medicine.

So Happy for Gracyn! They are lucky to have her!