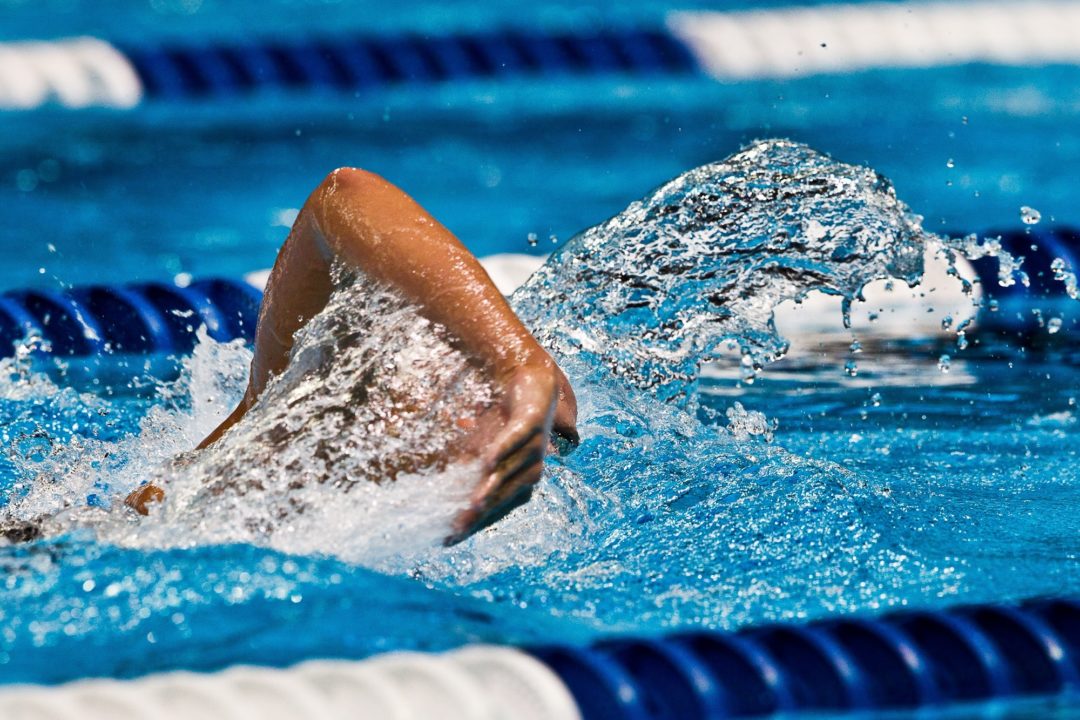 The 22-year-old's 1500 time was one of three top-5 swims in the world put up on day 2 of Italian Nationals. Stock photo via Tim Binning/TheSwimPictures.com

Caramignoli, the Italian record-holder in the short course version of this event, had already built a one second lead by the 400-mark and really hit the gas from there, winding up with a national championship by nearly 9 seconds. Second-place Aurora Ponsele went 16:20.02, a fast time of its own that now ranks 5th in the world. Here’s the top 5 before these two swims:

Another pair of top-5 times came out of the same session. One event before the 1500, Federico Turrini put up 4:14.58 in the 400 IM that ranks 4th in the world this year. In the race, he beat national record-holder Luca Marin by nearly three seconds.

The women swam the 50 fly, with national record-holder Silvia Di Pietro taking home the title in 26.22 just 3 days after she turned 21. The young star is now back within a half-second of the Italian mark she set at the 2009 World Champs, the last world meet in the now-banned full-body suits.

The men swam the shorter distance of breaststroke, with Mattia Pesce winning the 100-meter race. His 1:00.89 just nipped a hard-charging Claudio Fossi by .04 for the title.

The final individual event of the day was the women’s 100 free, where Alice Mizzau rode a big back-half split to the win. Her 54.99 topped Erika Ferraioli by just over a tenth. Mizzau flipped third at the 50, with Ferraioli leading, but the 21-year-0ld Mizzau reeled in the field to take the top spot.

You can find full results in Italian here.