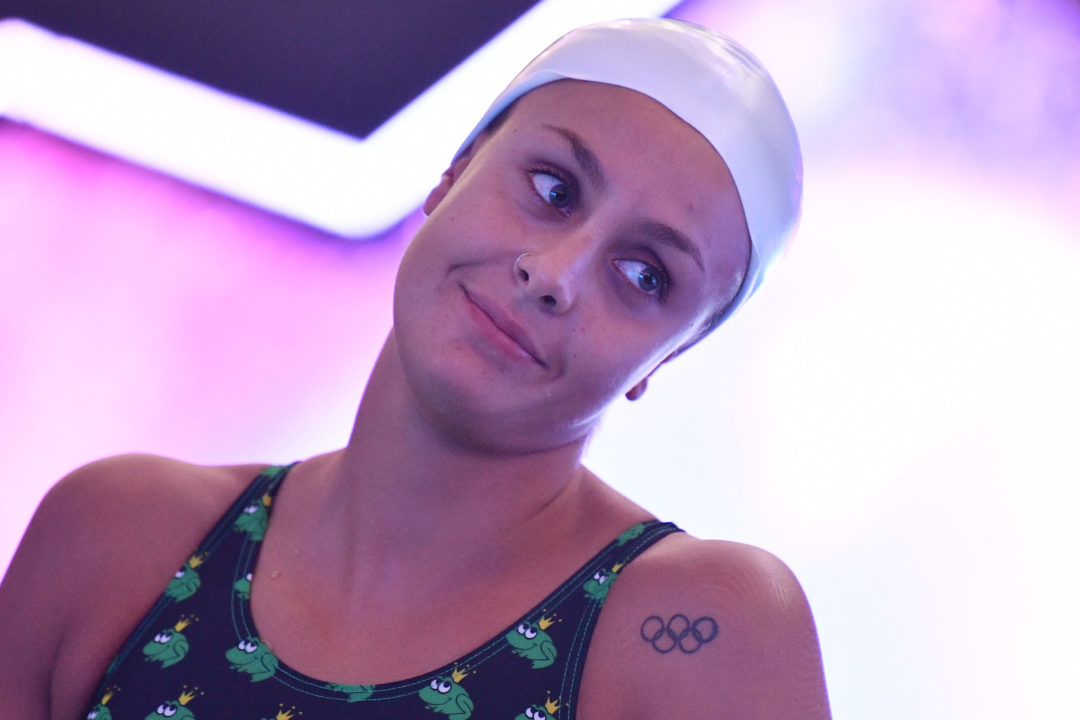 Martina Carraro has broken the Italian Record in the 100 breaststroke for the 2nd time this month; she was one of 2 under the old mark on Sunday. Current photo via Alfredo Falcone/LaPresse

Italian swimmer Martina Carraro has been hovering around the Italian Record in the women’s 100 breaststroke in short course meters over the last few months. That includes shaving .05 seconds off the mark at the Bolzano meet 3 weeks ago where she had no real reason to be shaved or rested.

On Sunday, though, she blew the doors off that record, swimming a 1:04.11 to break her own record of 1:04.68. That time placed her 2nd in the race for the Aqua Centurions behind only the co-World Record holder Alia Atkinson.

In the last 12 months, Carraro has done the 7 fastest times of her career at 26-years old. Her latest best ties her as the 15th-fastest performer in history globally.

Also under the old Italian Record was Arianna Castiglioni, who swam 1:04.43 (which is the #2 time in Europe this season). Between those 2, and the 14-year old Benedetta Pilato, this race will be the highlight of the 2020 Italian Olympic Trials in a blood-bath battle for 2 spots in Tokyo.

Her short course success this season is an echo of a long course breakthrough over the summer where she also got the Italian Record in 1:06.36. She has credited her drops to a new weight-lifting routine that she’s employed over the last year while training with her boyfriend, Fabio Scozzoli, who won the 50 breaststroke on Saturday.

Carraro is scheduled to represent Italy at the upcoming European Short Course Championships, which will be her big season-ender with Aqua Centurions out of contention for the Las Vegas finale. Her 1:04.11 ranks her 4th in the world this year, but it also ranks her as the #1 swimmer in Europe by a significant margin – ahead of Russia’s Nika Godun, who has been 1:04.86.