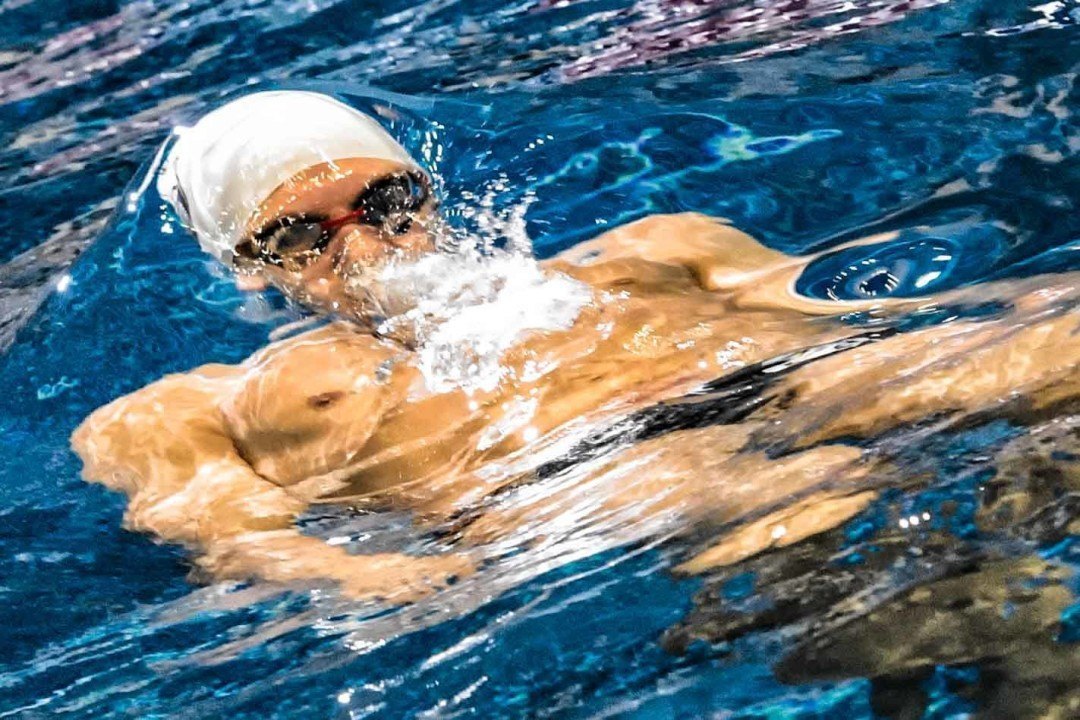 Coach Mark Bernardino: "Join us for an exceptional and exciting swimming experience. It's fun, spirited, educational and rewarding. We eagerly look forward to hosting our camp for the third year at the historic FORK UNION MILITARY ACADEMY, in Fork Union, Virginia." Current photo via Mike Lewis/Ola Vista Photography

Fitter & Faster: Nothing Will Slow You Or Us Down!

Fitter & Faster now has 5 new December camps and 16 new camps for 2021, with more announcements to come.

Join us for an exceptional and exciting swimming experience at the Mark Bernardino Swim Camp/Fork Union Military Academy. It’s fun, it’s spirited, it’s educational and it’s rewarding. We eagerly look forward to hosting our camp for the third year at the historic FORK UNION MILITARY ACADEMY, in Fork Union, Virginia.

Our staff is truly unique in its qualification and commitment to young men and women. Our coaches are proven professionals, each of whom possess the ability to teach, to demonstrate, and to positively motivate swimmers of all ages. While each staff member brings skills unique to his or her personality, all eagerly look forward to teaching, educating, and guiding the swimmer in his or her development as a person and athlete. Any success experienced by a swimmer is a very special moment for our staff.

Mark Bernardino returned to the pool deck in July of 2014 as the Associate Head Coach of Men’s and Women’s Swimming at the University of South Carolina after a one year retirement. Bernardino served as Head Coach at the University of Virginia for 35 years from 1978 to 2013 where his tenure was marked by many great successes. His teams captured an Atlantic Coast Conference record 27 championship, 11 for the women, and 16 for the men (also the most men’s titles). In 2013, both the men & women’s teams earned their 6th consecutive ACC titles, the first time any program had achieved such a feat in ACC swimming history.

Bernardino has coached at least one UVa swimmer to every summer olympics since the 1996 Atlanta Games, including the 2012 London Games, where 5 Cavaliers represented 3 different countries. Included in this group are Matt McLean and Lauren Perdue, each gold medal winners representing the USA as members of the Olympic Champion 800 meter freestyle relays in London.

McLean and Perdue joined former UVa and American swimming standouts Ed Moses and Melanie Valerio in a class unlike any other – Olympic Gold Medalists. Moses earned gold with the men’s 4×100 medley relay and silver in the 100 breastroke in the 2000 Olympic Games in Sydney. Valerio won gold in the Atlanta Games of 1996 as a member of the women’s 4×100 freestyle relay.

In total, 12 Bernardino-coached athletes have competed in the Olympic Games while countless others have represented the USA or their home nations in the World Championships, Pan-American Games, Pan-Pacific Games, World University Games, European, African, and Asian Championships, and the Goodwill Games.

Bernardino has tutored 100 individual All-Americans (earning 207 citations), 125 All-American relays, and four NCAA champions who have won a total of 6 individual NCAA titles. Additionally, under Bernardino’s guidance, 18 student-athletes have earned ACC Swimmer of the Year honors a total 26 times. 16 freshman have taken home the ACC Freshman of the Year award as well. Furthermore, Bernardino has been name the ACC Coach of the Year and incredible 31 times, 18 on the men’s side and 13 on the women’s.

Bernardino served as president of the College Swimming Coaches Association of America (CSCAA) from 2009 – 2011, has been featured as a clinician and motivational speaker, and his summer swim camp is regarded as one of the nation’s best at teaching techniques and mechanics.

From 2000 – 2004, Bernardino served as a member of the NCAA Men’s and Women’s Swimming & Diving Comittee, a prestigious appointment.

Bernardino is a long-time coach for the USA National Team. He served as head coach for the World University Games teams in both 2001 (Beijing) and 2009 (Belgrade), and as an assistant coach for the 2011 Pan-American Games team (Guadalajara) and National Junior Team Invitational Competition in 2000 (Barcelona). In the summer of 2015, Bernardino served as the Head coach for Ecuador at both the World Championships in Kazan, Russia and the Pan American Games in Toronto, Canada. Additionally, he has been both a head coach in 1993 and an assistant coach in 1986 for the U.S. Olympic Festival meets.

Coach Ryan Campbell has been the Head Coach for the Fork Union Aquatic Club and Fork Union Military Academy for the past two years. In his first two years as head coach, his teams have experienced great success finishing 4th at the VISAA state championships in both 2016 and 2017 while also earning NISCA academic awards for excellence in the classroom. In addition to this, his teams have re-written the record books having broken school records on 29 occasions and Fork Union Aquatic Center records on 12 occasions while also setting a total of 10 new meet records at various competitions. During this span, Coach Campbell has also had swimmers who have qualified to compete at every level of USA Swimming to include the US Open, Winter Nationals, and Junior Nationals with two of his swimmers being selected to represent their home countries as a part of their National teams in the lead up to the 2017 World and Junior World Championships.

Coach Campbell was a collegiate swimmer and swam for the Missouri University of Science & Technology where he was a numerous time conference finalist, NCAA Division II qualifier in the 100 and 200 Breaststroke, and school record holder in the 200 Breast. In 2002, he earned NCAA All America Honors in the 200 Breaststroke with a 7th place finish at NCAA Championships and in 2014 was inducted into the University’s athletic hall of fame as a member of the 2001 and 2002 swim team that finished 5th at the NCAA meet. Upon graduation, he was commissioned as an officer in the US Army where he served in several capacities to include extended service in Afghanistan with the 3rd Brigade Combat Team, 10th Mountain Division. After completing his service obligation, Coach Campbell transitioned to civilian service where he served in several key positions leading programs within the government and then as a Chief Technology Officer for two different educational institutions.

Coach Campbell has been both a high school coach and club coach for various teams over the years. In addition to his swim coaching experience, he has also been a coach and athlete with the United States Military Pentathlon team, competing in 2001 and 2004 for the United States at the CIOR Military Pentathlon Championships in Toledo, Spain and Wiener Neustadt, Austria.

These activities are organized and supervised by counselors and coaches who actively participate.

Packing for Camp / What to Bring