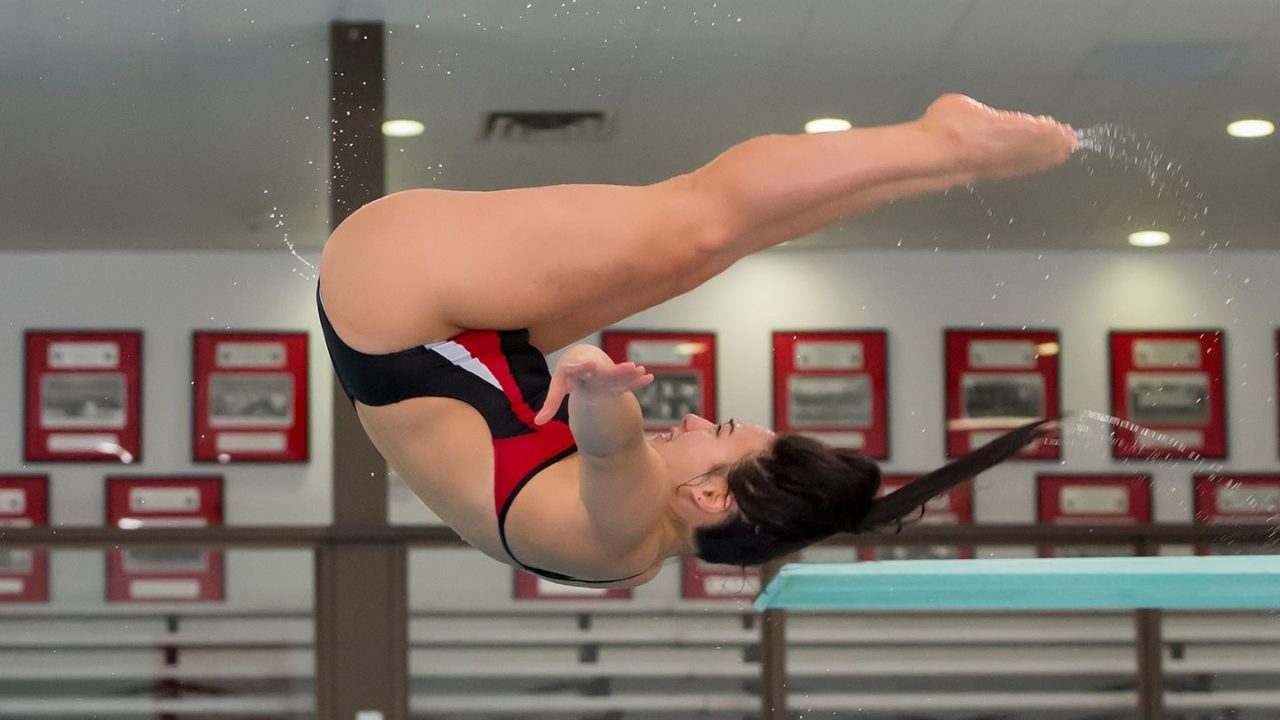 The Marist men defeated Colgate by a lopsided 209-74, while the women won in a similar fashion: 190-92. Current photo via Marist Athletics

POUGHKEEPSIE, New York – Marist men’s swimming and diving toppled the Colgate Raiders on Friday evening, by a score of 209-74. The 209 points were the highest point total for the men’s team in a regular dual meet since back in 2017.  Marist took the lead early, placing in first in the first three events, and never looked back.

With the win, Marist improves to 3-1 on the season, and remains 1-1 in Metro Atlantic Athletic Conference meets. Colgate falls to 0-3 on the season with the loss.

The Red Foxes return to the pool on Saturday, November 23, when they will host MAAC rival Fairfield at McCann Natatorium. The meet is set to begin at 1 p.m.

POUGHKEEPSIE, New York – Marist women’s swimming and diving toppled the Colgate Raiders by a score of 190-92 on Friday evening. Just like the men, the women got off to a torrid start, winning the first six events. Colgate made a little bit of a late run to make it interesting, but Marist was able to hold on for the win.

With the win, the Red Foxes improve to 2-2 on the season. Meanwhile, the Raiders drop to 0-3 with the loss.

The Red Foxes return to the pool on Saturday, November 23, when they will host MAAC rival Fairfield at McCann Natatorium. The Stags are the defending MAAC Champions, so the Red Foxes will be looking for a bit of revenge. The meet is set to begin at 1 p.m.

POUGHKEEPSIE, N.Y. – The Colgate men entered the Marist pool on Friday night looking to put last weekend in the rearview mirror. Though the results didn’t favor them in the end, the Raiders have some positives to take into the Rutgers Invitational.

Andrew Budge and Camden Koch took first and second in the 100 Yard Backstroke.

Ehran Hodes and Zach Duthie did the same in the 400 Yard Individual Medley.

Colgate travels to Piscataway, N.J. for the much anticipated Rutgers invitational, starting Dec. 4.

POUGHKEEPSIE, N.Y. – The Colgate women looked to move past last weekend’s loss to Loyola when they traveled to Poughkeepsie to compete against Marist. Several Raiders found individual success despite the team’s loss on Friday evening.

Along with Hand, that group featured Lucy Bischof, Sam Adams, and Lauren deTorres.

The Raiders hit the road on Dec. 4 to take part in the Rutgers Invitational.