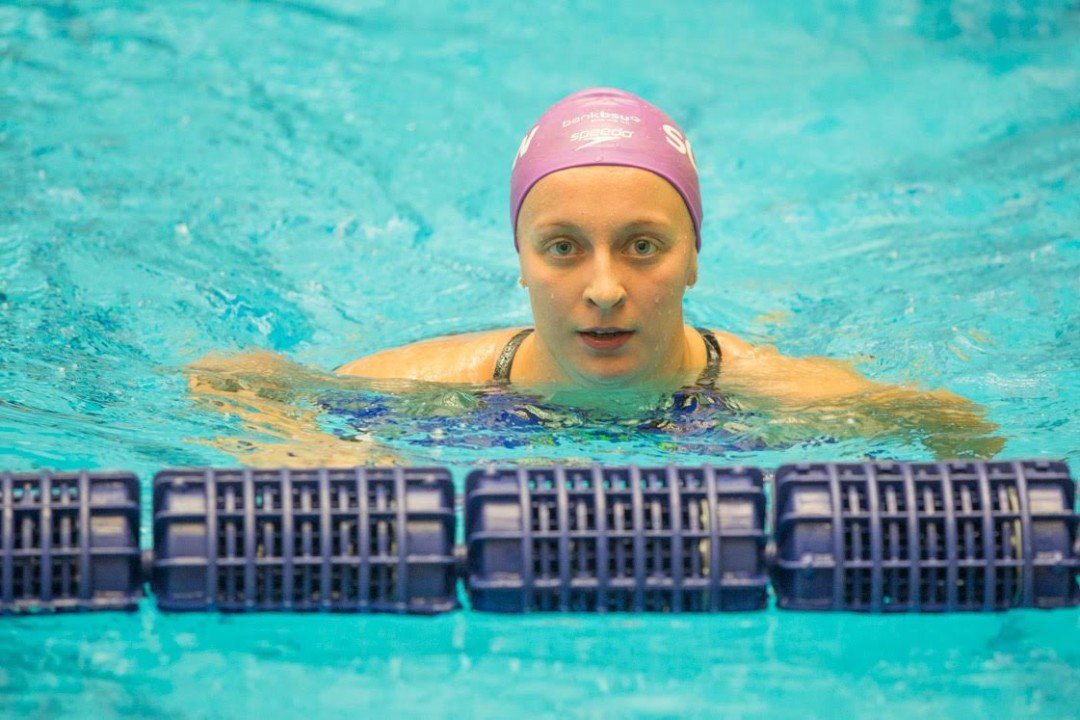 Maria Ugolkova breaks the Swiss National Record in the 200 IM in Prelims at the European Championships. Archive photo via Rafael Domeyko/Domeyko Photography

Maria Ugolkova has broken her own Swiss National Record in the 200 IM today in semi-finals at the European Championships. Ugolkova swam the race in a time of 2:13.34 to brake her own previous record and achieve a FINA “A” cut.

Ugolkova destroyed her previous Swiss National Record of 2:14.81, coming in more than a second ahead of the record setting time. She previously broke the Swiss Record at Swiss Nationals in March which took place in Zurich.

Here’s a look at Ugolkova’s splits from her race at semi-finals:

At Swiss Nationals in March, Ugolkova became the first Swiss woman to swim the 100 freestyle in sub 56. Ugolkova earned gold in the event with a time of 55.30, just barely under the FINA “A” cut of 55.39. On the first day of European Championships, Ugolkova was on the Swiss 4×100 free relay (3:41.76) that broke the National Record.

Ugolkova’s Olympic qualifying time puts her in 6th place heading into the final, which takes place tomorrow night. Katinka Hosszu is heavily favored to win the event, coming into finals with a time of 2:08.60, nearly 2 seconds faster than the rest of the field.

This time marks another Olympic qualifying time for Ugolkova who will be joined by Sasha Touretski (50 free) and Martina Van Berkel (200 fly) this summer in Rio on the Swiss Olympic team.