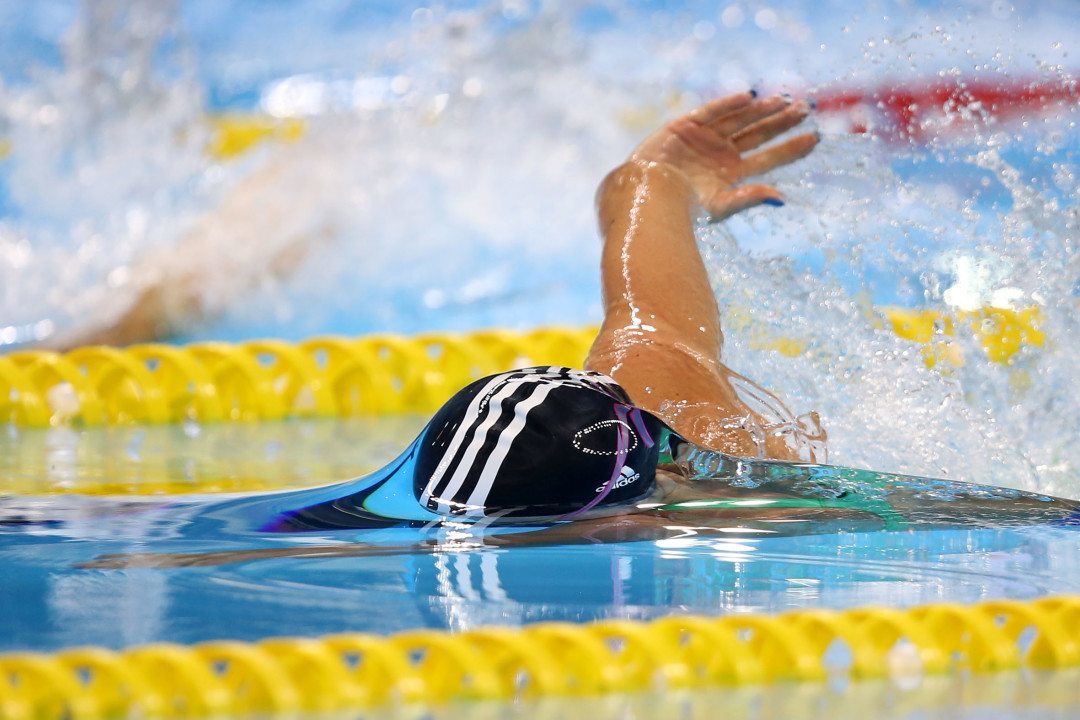 Veteran Manuella Lyrio has broken the Brazilian National Record in the women’s 400 long course meter freestyle by swimming a 4:09.48 on day 2 of the 2016 Maria Lenk Trophy.

The swim improved upon her own National Record of 4:09.96 that she swam at the Brazilian Open in December.

This is one of the few races in which Brazil doesn’t hold the South American Record – they own 35 out of 44 in long course. The continental standard in the 400 belongs to Venezuelan Andreina Pinto at 4:06.02.

Despite swimming a new best time and National Record, Lyrio is still short of the requisite FINA “A” team required to earn a spot racing at the home Olympic Games in August. She’ll have another very good shot at earning that qualification is in the 200 free. She’s also the Brazilian Record holder in that event with a 1:58.03 from last year’s Pan Am Games, which if repeated is comfortably ahead of the FINA “A” standard of 1:58.96.