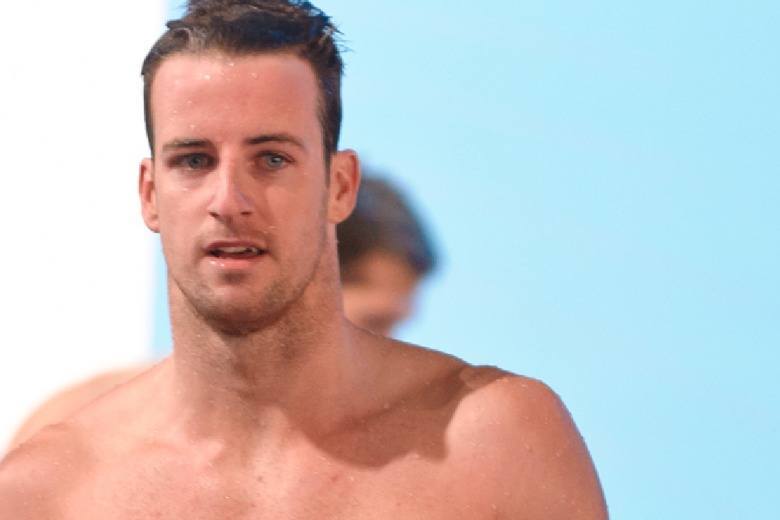 James Magnussen eased through to the finals of the 100m freestyle at the 2014 Swimming WA State Open & Age Championships last night... Current photo via Victor Puig

The survey consisted of both former Aussie Olympians, ranging from pre-1950s to the 2010s, and those aspiring for the 2021 Games in Tokyo.

James Magnussen eased through to the finals of the 100m freestyle at the 2014 Swimming WA State Open & Age Championships last night – and warned he’s got plenty left in the tank.

Magnussen – who pulled out of last night’s 200m freestyle final to focus solely on the two-lap event – admitted he was feeling “a bit sluggish” after his previous campaign but was happy with his time.

“My coach was pretty happy,” he said. “We’ve just been working really hard on technique. I’m finding it hard to come back from the 200m free but I feel I have plenty left in the tank (for Friday night).”

The 22-year-old Sydneysider said he would be having a long sleep in ahead of tonight’s blue ribband event – which will round out proceedings at the Championships – and joked he may even have a haircut to shave something off his time.

Later in the evening D’Orsogna went on to claim the 50m butterfly in 24.14 ahead of Sydney University pair Ben Lindsay (24.48) and Nathaniel Romeo (24.88). However, the State title was awarded to Westside’s Ryan Steenkamp – the first West Australian to the wall in 25.55.

“ I’m pretty happy with that time,” said WA-born D’Orsogna, who switched to the Commercial club in Queensland last year. “It was a tight race this morning (in the semis) but I tried to bring the house down.”

The most thrilling spectacle of the evening however came in the women’s 100m freestyle final with Arena’s Yolane Kukla digging deep to see off a threat from Perth City rival Brianna Throssell in the final 50m. It was clear the 18-year-old was hurting but she pulled off a gutsy swim to touch the wall in 55.44 to break the new 17/18 State record she set yesterday along with the 19 years mark.

In the same race Alex Milligan broke the 15-year-old State record he set last night to finish third in 2:21.16. The West Coast swimmer went on to claim his second record of the night in the 15 years finals of the 100m breaststroke clocking 1:06.42. The man whose record he beat, Tommy Sucipto also set a new mark in the 19 and over clocking 1:02.36 to beat Olympian Jim Piper’s previous mark.

After breaking the State Residential record to win the women’s 19 years 100m backstroke in 1:02.21, West Coast’sAdelaide Hart continued her fine form by taking out the open 50m title in 29.22 ahead of Westside’s Caitlin Shepherd (30.73) and Guildford’s Kirsten Pannekoek (30.95).

In the 13-year boys 100m freestyle, Bay View Saints’ Julian Bulich upset Shane Blinkman to take the title in 55.81 with the American second in 56.58 and Central Aquatic’s Liam Martin third to claim State silver. In the 14 years Arena’s Ryan Butler, who set a new personal best to qualify for the final, claimed his first gold medal of the meet, clocking 57.21 while in the 15 years Breakers’ Brody McGowan set another personal best time to win in 54.09 and make up for his disappointment at being disqualified in the 200m. There was more gold for Jackson Govers,whose win in the 16 years (52.73) now means he has the 100m and 200m freestyle and 100m and 200m butterfly titles to his name while Westside’s James Raymond produced a late spurt to take out the 17-18 year title in 52.07 and claim a place in tonight’s final.

In the 16 year girls 100m backstroke, Swan Hills’ Georgia Marshall produced a gutsy swim, knocking more than a second off her personal best to claim the title in 1:06.86

And after taking silver in the 19 years 100m backstroke behind Hart and before winning bronze in the 50m,Pannekoek finished second in the 19 years 200m IM in 2:23.69, behind West Coast’s Jessica Pengelly, one of the stars of this meet, who won in 2:20.12 to qualify fastest for tonight’s final.

The 2014 Swimming WA State Championships is on at Challenge Stadium from Monday 20th to Friday 24thJanuary. Heats begin at 9am with finals taking place each night from 6pm.

The Championships will be streamed live on the Swimming WA website and broadcast live between 17:30 – 21:00 every day and repeated at 10am every morning through the Western Australian Government owned and operated television station, Westlink, which is available on the Viewer Access Satellite Television (VAST) platform on Channel 602. Westlink is available to anyone in Australia with a VAST satellite receiver.

This report is a press release from Swimming WA

Where did you see that?

So James Magnussen now has swum 13 sub-48 swims. All in textile.
It’s a record.

It seems he can swim 47+ at will, and this only reinforces my suspicion that he did calculate his Barcelona swim, just enough to qualify to final, but slow enough to get away from Adrian’s lane.

Thats what i thought, he doesnt want to be up next to Nathan wants to stick to his race plan his confident obviously been knocked a peg down or 2 after London i wonder if he he’ll break the WC soon

Another evidence in point:

I think now that Jacco Verhaeren is Australia’s new head coach, Magnussen (and Campbell, of course) will get some good advise in effort towards breaking the WR. If anyone still have doubts over Verhaeren’s skill in guiding sprinters, here’s the list of swimmers he has ever coached:
Pieter van den Hoogenband
Inge de Bruijn
Marleen Veldhuis
Inge Dekker
Ranomi Kromowidjojo