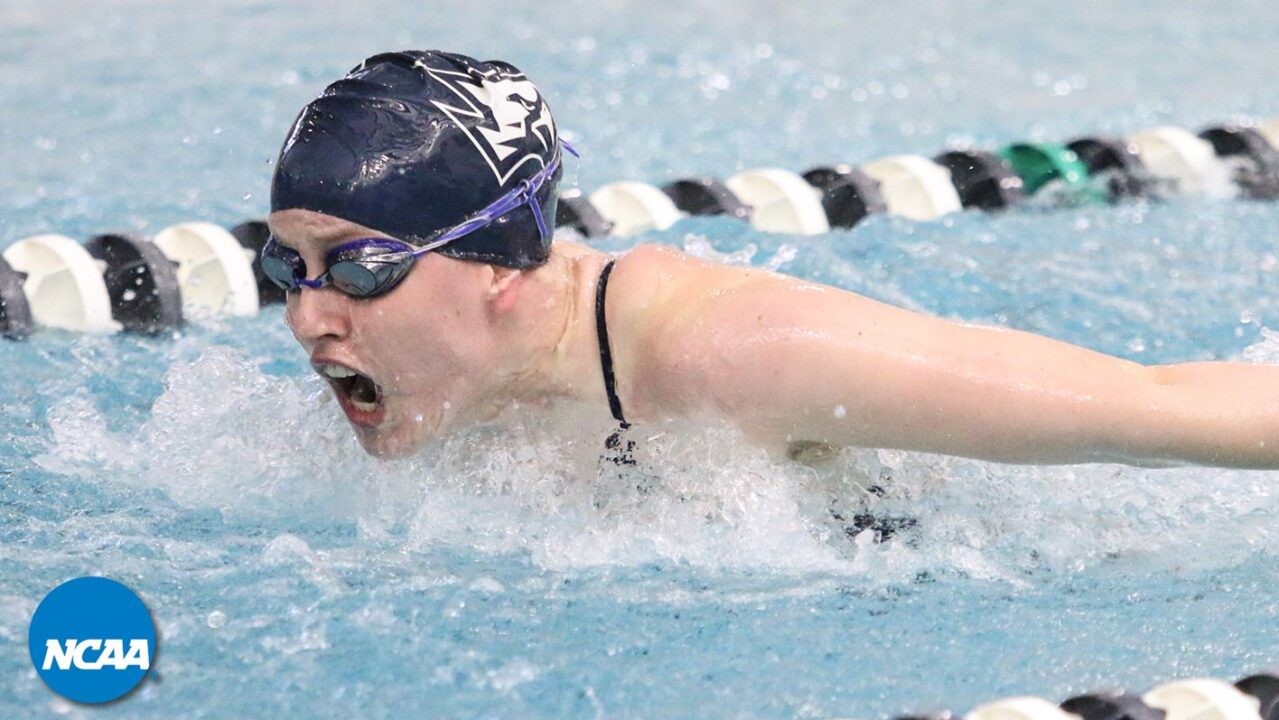 Elder graduated less than two weeks ago with a 3.99 cumulative grade point average with a degree in Mathematics with a Teaching Certification. Archive photo via Messiah Athletics

Indianapolis, Ind. – Just a few weeks ago, Maelyn Elder completed her senior season as a member of the Messiah women’s swimming team, helping the Falcons to their seventh Middle Atlantic Conference Title in the last eight seasons. Elder also wrapped up a stellar academic career in Grantham and was named an NCAA Postgraduate scholarship winner for her abilities in the classroom and the pool. Elder plans to use the $10,000 scholarship while pursuing a PhD in Mathematics from Lehigh University.

Elder graduated less than two weeks ago with a 3.99 cumulative grade point average with a degree in Mathematics with a Teaching Certification.

As mentioned, the Falcons were dominate in the MAC during Elder’s career in Grantham. Messiah claimed three Conference Titles during Elder’s four year with Elder heavily involved in the Championships. During her first year, Elder earned top-five finishes in the 200 Fly (fourth) and 400 IM (fifth) before picking up her first individual All-MAC honor with a second-place finish in the 400 IM (4:42.96) the following season. She also was part of 800 Free Relay that won gold at the 2019 MAC Championships.

In her junior season Elder placed fourth in the 200 Back and then just a few weeks ago, she picked up a third-place finish in the event at the 2021 MAC Championships while also helping the 200 Medley Relay to a second-place finish as well.

The NCAA awards up to 126 postgraduate scholarships annually to student-athletes who excel academically and athletically and are in their final year of competition. Elder is the first Messiah student-athlete to earn the one-time $10,000 scholarship, since fellow women’s swimming alum, Kaitlin Wingert earned the honor in 2018.