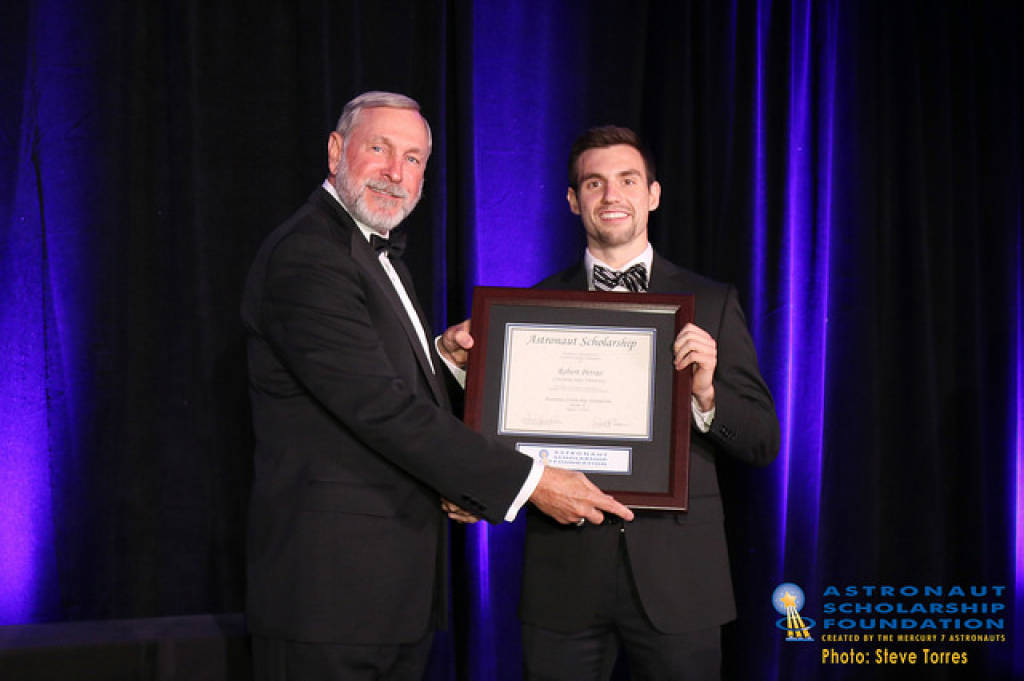 The Crimson Tide travels to Atlanta to take on the Yellow Jackets, Friday at 1 p.m. CT.

BATON ROUGE, La. – Mitchell Petras isn’t hard to find. Check one of three places during the school year – in class, at the pool or in the research lab – and you’re likely to run into LSU’s senior swimmer and petroleum engineering major.

There’s a fourth spot Petras is popping up these days: the recipients’ list for one of the nation’s most prestigious scholarships.

Petras is the first petroleum engineer to ever receive the scholarship since the foundation was established. He says this is a testament to the work he has put in the classroom and outside of the classroom.

“I felt like it was kind of a milestone not just for LSU but representing the department of petroleum engineering,” Petras said.

But more importantly, Petras says that the scholarship reflects the support he has received from the engineering department.

“You can make a lot of assumptions about what it says about me but the big takeaway is that LSU and the department of engineering is doing a fantastic job not only supplying students with opportunities to excel in research but also putting them in a position where they are competitive on a national level,” Petras said.

The Astronaut Scholarship Foundation was formed in 1984 by a group of nine colleagues that wanted to ensure the United States would provide students an opportunity to pursue careers in science and technology and maintain the United States’ excellence in technological advances.

Scholarships are provided to college students in science, technology, engineering and mathematics with a goal to support the best scholars in the country and carry on the tradition of past American astronauts.

The Astronaut Scholarship is known nationwide for being the largest merit-based monetary scholarship given to undergraduate STEM majors.

During the spring semester, Petras was working on a research project for the petroleum engineering department which was a big factor in receiving the scholarship.

His research focused on how to optimize offshore operations through the use of mass spectroscopy.

“I was working on a method to more accurately measure well fluids in real time with a mass spectrometer,” Petras said. “Measuring and analyzing live well fluids is critical for the oil industry for the purposes of well control and safety, as well as more a confident understanding of the oil reservoir.”

One of his professors approached him about the research and he hesitated at first only because of his already demanding schedule with swim practice and classes. However, Petras agreed to the research project and felt that it would eventually lead to something big for his future.

Following the start of his research project and working closely with a mentor, Petras received an email from the engineering department with a list of scholarships to apply for.

“My faculty mentor was big on trying to get the word out about what I was doing with my research project and she was supportive of applying to all sorts of scholarships,” Petras said.

The Astronaut Scholarship immediately caught his attention from the list.

“It’s a select group and just looking at it and seeing who received it before from LSU and seeing what it meant on a national scale in terms of how competitive it was it just kind of piqued my interests in terms of a group that I wanted to associate myself with and become a part of,” Petras said.

After Petras received the email and decided to apply for the Astronaut Scholarship, he had just a week to prepare his application.

“Luckily, I had some people I knew I could get recommendations from really fast and so I just threw everything together and about a month later I got the actual email that said I got the scholarship,” Petras said. “It all happened really fast.”

To cap off his third season with the LSU swimming and diving team, Petras recorded two personal best times at the SEC Championships in the men’s 100 and 200 breaststroke, all while balancing two practices a day and a rigorous academic schedule.

“It kept me really busy,” Petras said, “but it was just about finding that time, whatever it may be, to go to the lab and get the research done and then get on with the rest of my day. That way I wasn’t falling behind in any aspect whether it be school or swimming or research. Any free time I had during the day, I was in one of three places.”

Petras has been able to successfully balance a heavy workload between swimming, school and his research project. On top of that, he has maintained a 4.0 GPA in petroleum engineering which garnered him two more scholarships and a third team Academic All-American honor.

“I think it’s very unique that I found myself in an environment where I could balance everything and it shows how accommodating everyone else has been throughout the process,” Petras said.