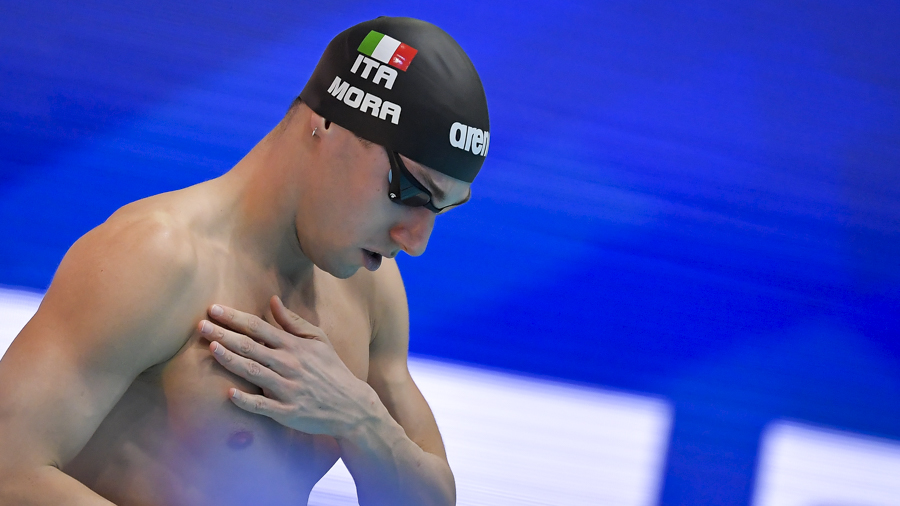 Mora negative-split his way to a time of 1:48.72 in the 200 back, breaking his previous national record of 1:49.27 set at the 2021 SC World Championships. Archive photo via Andrea Staccioli / Deepbluemedia / Insidefoto

Lorenzo Mora stole the show on the opening day of the Nico Sapio Trophy in Genoa, setting a new Italian Record in the men’s 200 backstroke while also winning the 50 back.

In that swim at SC Worlds, Mora used a similar strategy, leaning on his back-half speed, but was even more conservative on the first 100 in Genoa.

Mora now ranks second in the world this season, trailing only American Shaine Casas, who clocked 1:48.40 to win the Indianapolis stop of the FINA World Cup on Thursday. In the all-time rankings, Casas and Mora now rank 11th and 16th, respectively.

Other highlights on the men’s side during Day 1 of the competition included new meet records for Matteo Ciampi, Simone Cerasuolo and Alberto Razzetti.

The top performer on the women’s side was 20-year-old Costanza Cocconcelli, who doubled up with wins in the 100 free and 100 IM.