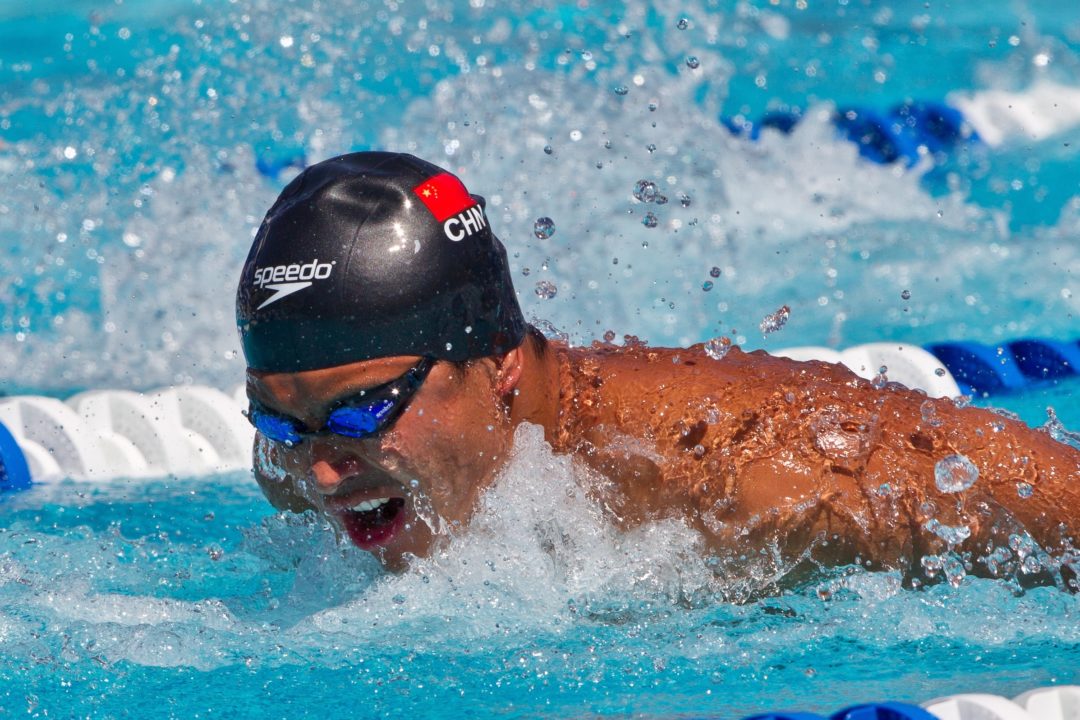 After a brisk two days in Austin at the 2012 Longhorn Aquatics Elite Invitational, the scratches were flying on the final day of Austin; Phelps pulled out of the 200 IM, for example, though he was still in the 200 fly.

In that 200 fly, he swam an easy 2:00.33 for the top seed; his path won’t necessarily be that easy in finals though as Club Wolverine’s Wu Peng will be on his heels. He was only 2:01.19 in this prelim, but he has been closing very well at this meet, so watch out for a big closing kick from him against a tired Michael. A little bit of a surprise was Texas’ Jackson Wilcox, who was 3rd in 2:01.28 – a lifetime best for him in a race he hasn’t swum in almost three years.

The best final appears as though it’s going to be the women’s 100 breaststroke, though Texas’ Laura Sogar was much better in the prelims in 1:08.86, as compared to Larson’s 1:10.47. Larson even closed her swim pretty well, but was just creamed on the front-half by Sogar – where Larson would seem to have an advantage with how strong she is off the blocks. It will be an interesting final – Larson needs to get out faster.

As mentioned, it was a Phelps-less 200 IM prelim, but his teammate Chase Kalisz again looked strong taking the top seed in 2:03.46. After a huge best time in the 400, we should expect at least a small drop in the final – perhaps gunning for as low as a 2:00.

Texas’ Austin Surhoff finished 2nd in 2:04.74 with a big front-half; Kalisz actually sat 4th headed into his impressive 2nd 100. Nitro’s Will Licon, who is more balanced than the other two, was 3rd just behind in 2:04.89.

Texas A&M’s Cammile Adams and Texas’ Kathleen Hersey have set up a much-anticipated final in the women’s 200 fly, with times of 2:09 and 2:10, respectively. Both have been swimming well at this meet; not 2:05 good, but they should go toe-to-toe in maybe 2:08’s.

Good women’s 200 fly to come. The 2 american favorites for London in the final so it will be interesting.
Megan Romano is also good on backstroke but her future is on freestyle. She must focus on the 100 free and the 200 free. She’s a great talent.