Lochte Looks Likely For ‘Dancing With The Stars’ Upcoming Season 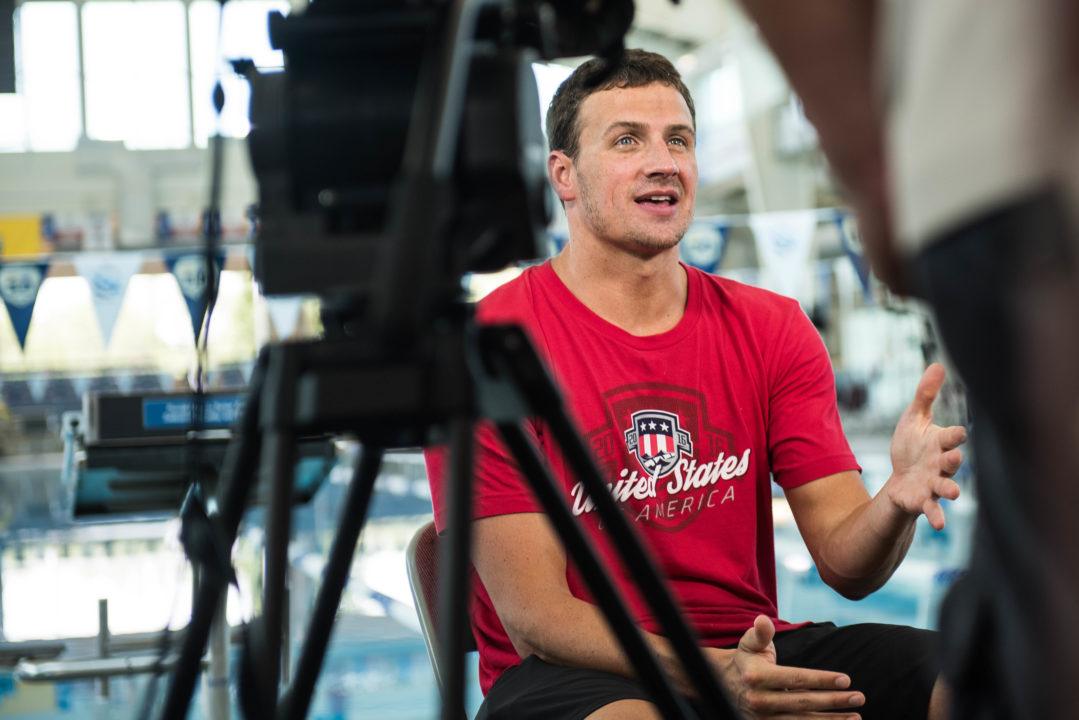 We may be seeing Ryan Lochte on our American television screens in the near future. Archive photo via Mike Lewis/Ola Vista Photography

The 2nd most decorated Olympic swimmer of all-time, American Ryan Lochte, may be making another appearance within the reality TV realm. Although not yet confirmed by its airing network, ABC, Lochte is reportedly on the short list of the next crew of stars to take to the dance floor on the upcoming season of ‘Dancing With The Stars.’

Both ABC and Lochte representatives are keeping quiet on the rumors, but several mainstream media outlets, including The Washington Post and ESPN Olympics, have reported that sources have revealed the 32-year-old is slated to appear. The definitive cast is set to be announced on ABC’s ‘Good Morning America’ on Tuesday, August 30th.

In the meantime, Lochte is on the other side of a drunken gas station incident occurring with teammates Gunnar Bentz, Jack Conger and Jimmy Feigen in Rio, which resulted in the Brazilian police getting involved and Feigen paying approximately $11,000 to return to the U.S. All Americans are home safely and have since issued their own apologetic accounts of the situation.

Since the incident, however, Lochte has lost four major sponsors, including Speedo, with whom the former Gator has had a business relationship for the better part of a decade.

As far as reality TV forays, Lochte is no stranger to the screen, as he previously starred in his own show, ‘What Would Ryan Lochte Do?’ on the E! network back in 2013.

Vote Up42-13Vote Down Reply
Swimmer A

As long as you understand why there’s hating here….

It took 4 minutes 37 seconds. Just enough time for a good training set 400IM from the man.

Right, because everyone who disagrees with you is a hater.

Vote Up3-7Vote Down Reply
Swimmer A

Why??? Does he not understand that people are not happy with him at the moment? I understand the need to get back on your feet but like give it at least a week so that people know you’re sorry for what you did.

Life goes on I guess.

I don’t think you understand life. He made a mistake yes, but you’d have to be living in a hobbit hole not to understand that people are upset, he gets it.