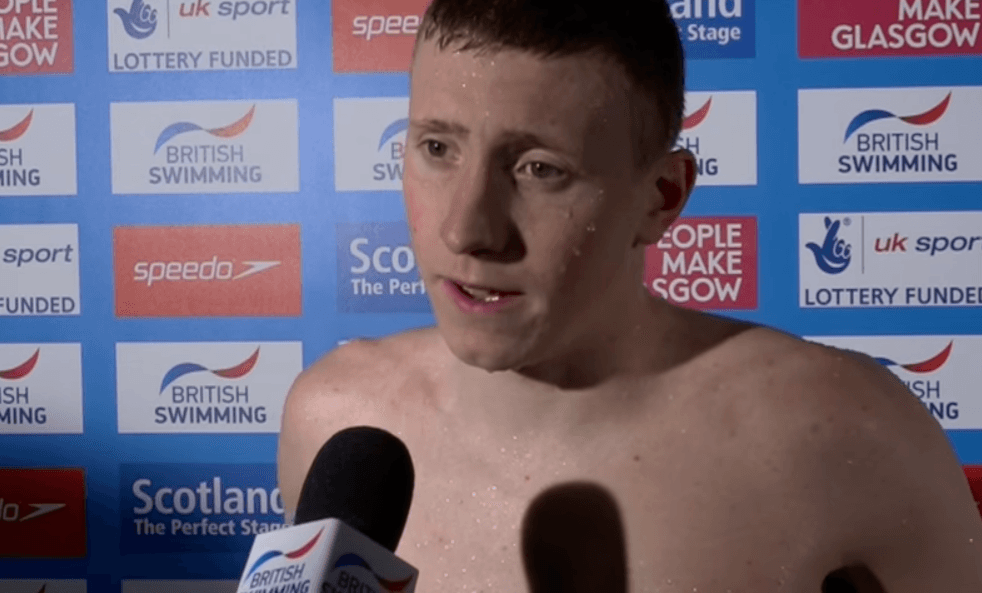 Check out the winners of this year's BUCS Awards, including Max Litchfield from Sheffield. Archive photo via courtesy of British Swimming

The winners of the 2016 British Universities & Colleges Sport (BUCS) Awards were announced on Thursday, July 14th. Celebrating the sporting successes of students and staff within the nation’s higher education sector, several of the honorees have ties to the swimming community, which further solidifies GBR as a growing hotbed of aquatic sporting talent at all levels.

After award nominations for such distinctions as ‘BUCS Sportsman of the Year’ and ‘Most Improved University’ were submitted on April 25th, a shortlist of nominees was released on May 23rd, with the winners being acknowledged at a dinner this week held at the University of Warwick.

Highlighting the individual awards was Sheffield Hallam University’s Max Litchfield who was awarded the ‘BUCS Sportsman of the Year’ honors. Litchfield lit the pool on fire last February at the 2016 BUCS Championships, setting a new meet record in the men’s 400m IM with a time of 4:20.68 for the gold. He went on to crush that outing by more than 8 seconds just 2 months later at his nation’s Olympic Trials, stopping the clock at 4:12.05 to earn an automatic qualifying berth on the GBR roster for Rio.  Litchfield’s time marked a new personal best by almost 3 seconds and remains as the 8th-fastest performance in the world this season.

BUCS Sportsman of the year! ????????Thankyou to everyone who voted, and ofcourse to @TeamHallam and @DanPorter12 for collecting my award! #Hallam

On a team level, Loughborough University earned the ‘Overall BUCS Winners’ award. Comprised of such instrumental athletes as Fran Halsall, Molly Renshaw and Georgia Davies for the women, along with Callum Barrett, Jack Burnell and Roberto Pavoni for the men, Loughborough finished the season with the highest overall points for the 36th consecutive year. Coaching staff at Loughborough includes Ian Hulme, James Gibson, Ian Armiger, Steve Bayley and David Hemmings.

Also walking away with a trophy on a squad level was Stirling University. The home of Craig Benson, Ross Murdoch, Robbie Renwick, Duncan Scott and more earned the  “Most Improved University” acknowledgement, a nod to the growing stock of talent being brewed under the direction of Head Coach Ben Higson.

A complete list of 2016 BUCS winners can be found here.