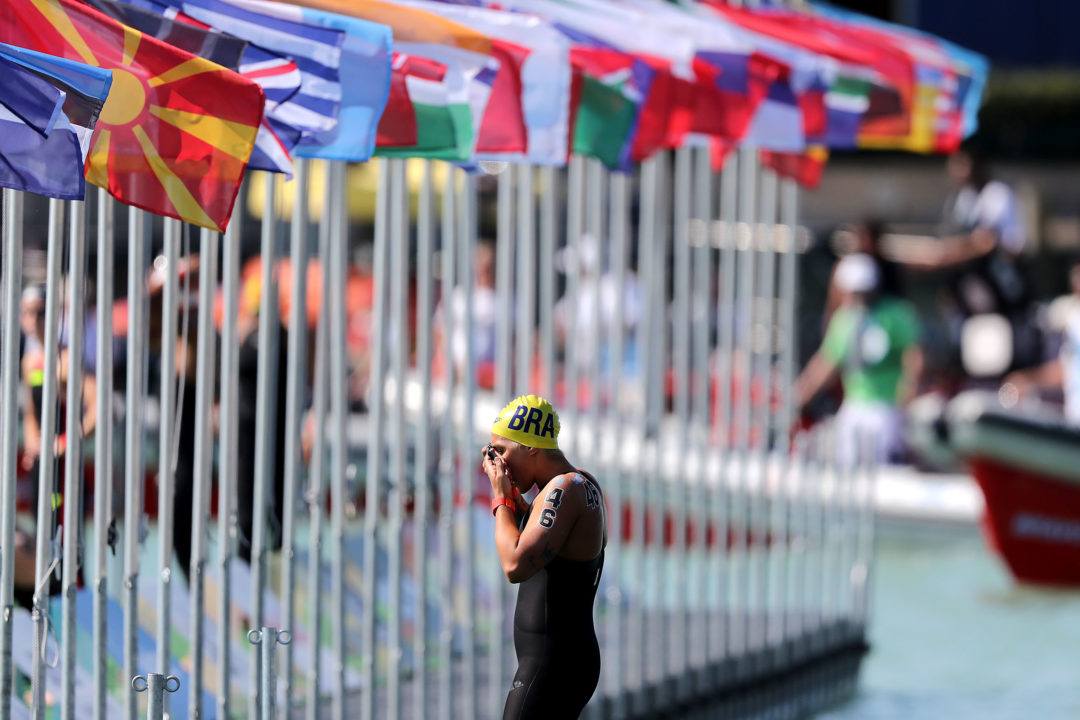 Watch/listen to the official anthem of the 2017 FINA World Championships. Current photo via Satiro Sodre/SS Press

Below, check out the official anthem of the 2017 FINA World Aquatics Championships, courtesy of FINA on Youtube.

The track is called “We are the Water”, performed by Pályamű.

The video mostly highlights the sports already underway at the Championships: diving, synchronized swimming and water polo. However, it does include a bit of swimming action from the Rio Olympics. Michael Phelps is shown winning the 200 fly last summer, and superstars Katie Ledecky and Katinka Hosszu make appearances as well.

The competition is now six days in, with medals handed out in open water, diving, and synchronized swimming. Water polo is underway in the preliminary round, and eight days of swimming are set to get underway on Sunday, July 23rd.