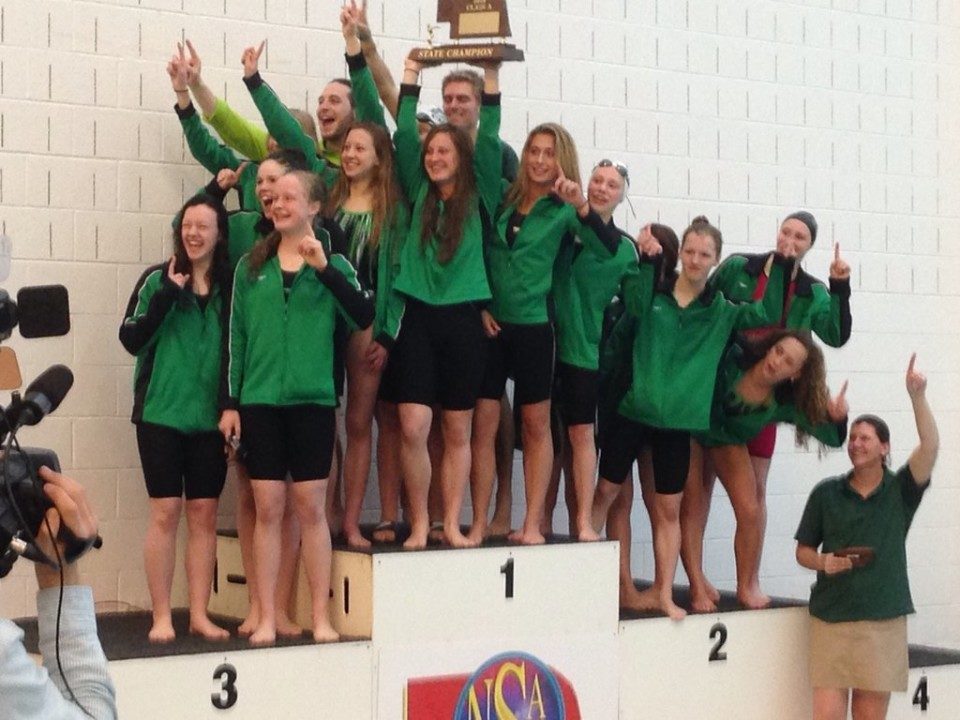 This weekend, the girls of Lincoln Southwest swept all but three events to win 2016 Nebraska State High School Championships by nearly 90 points. Olivia Calegan, Alana Palmer, and Dannie Dilsaver led the way with two individual and two relay victories apiece for the Silverhawks. Along the way, the Silverhawks took down seven Nebraska High School records.

To start off the meet, the 200 medley relay team of Clara Walstad, Dilsaver, Kaitlyn Witt, and Calegan annihilated the state 200 medley relay record, swimming the event in 1:41.39. The old record was set last year by the Southwest team, a 1:45.01 swam by Emma Vertin, Dilsaver, Abigail Lunzmann, and Calegan. Second place went to Marian, seven seconds back in 1:48.03.

Walstad took down another state record for Southwest, this one in the prelims of the 100 back. She swam 55.33 on Friday to break Omaha Westside’s Elizabeth Amato-Hanner‘s 55.70 from last year. Although Amato-Hanner, a Kansas commit, came back to defend her title with 55.86 in finals, it wasn’t quite fast enough to reclaim the record. Walstad took the silver in finals with 56.01.

Other state champions included Pius X’s Caroline Theil, who won the 100 fly in 55.66, and Bellevue West’s one meter diving champion Jessica Warak, who scored 483.75 for the state title.