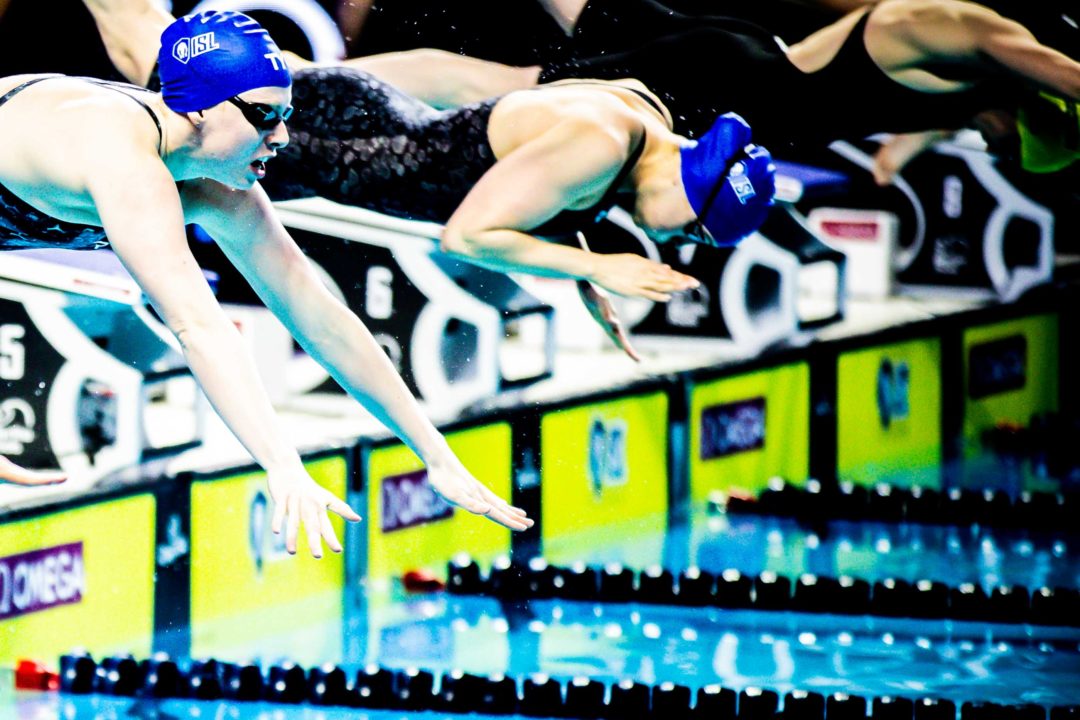 King is now 11-for-11 in individual races during the 2019 International Swimming League Season, with only her signature 100 breast to go Saturday. Current photo via Jack Spitser/Spitser Photography

King — the world record holder in the long course 50 and 100 breast — won the 50, 100 and 200 breast in Indianapolis, Naples and Lewisville, and already won the 50 breast Friday in American record time. She’ll surely looks good to close out a 12-for-12 season in the 100 breast Saturday.

She’s also no stranger to going undefeated in her career: King completed a four-year, two-event undefeated NCAA run last March in the 100 and 200 breast. With that, she became the first woman in the NCAA to four-peat in both breaststroke disciplines.

Isn’t it how MVP has to be determined instead of counting some junk for seventh places?

“MVP” stands for “most valuable person” as in the person who gets the most points for the team. Dressel was assumed to do well in the 50 breast having been a past 100 yard breast american record holder but couldn’t pull the double after the 100 fly. It isn’t even a “junk” swim for someone pulling a double and still making the time standard/not being last. Dressel is also the one of the top, if not the top, swimmer in the sprint frees and sprint flies and being a key addition in all the relays while (without discrediting her greatness) King is only the top swimming in the breaststoke and only used in the medley relays, therefore making Dressel the… Read more »

I hope you feel better now.

“MVP” stands for most valuable player. Not person. You can be very nice person as your post suggests, but it will never make you MVP 😀

she is incredible …….nothing stopping her .