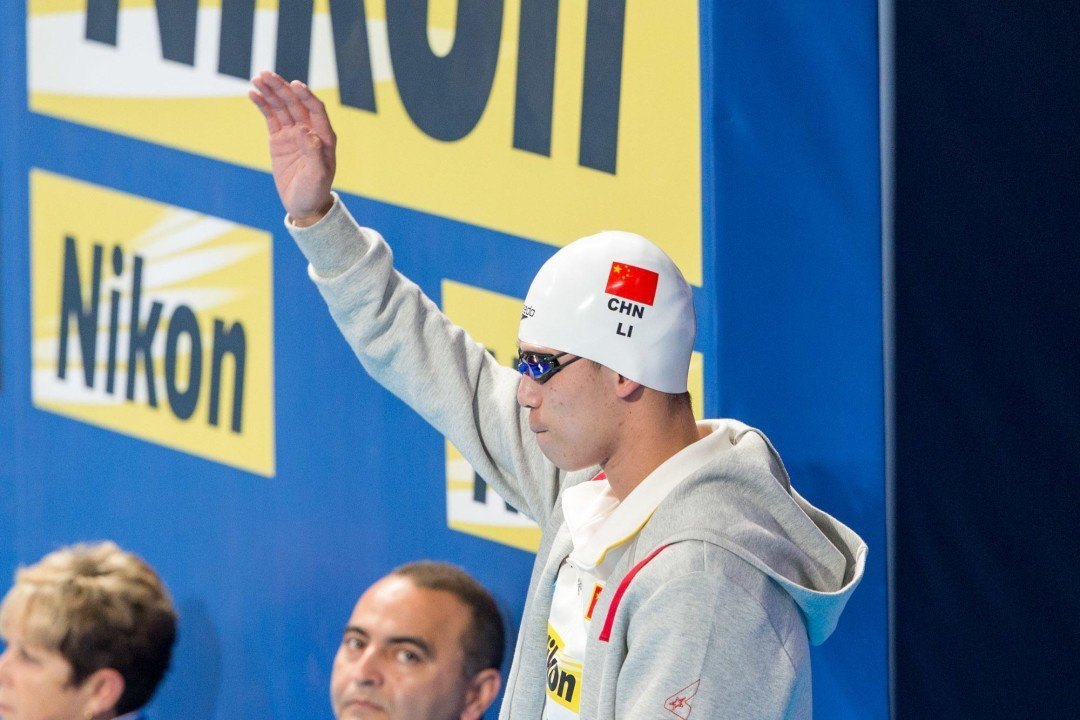 China's Li Zhuhao is the fastest 100 butterflier in the world in 2016, but Archive photo via Tim Binning/TheSwimPictures.com

On the penultimate day of the 2016 Chinese Spring National Championships and Olympic Swimming Trials, Li Zhuhao swam the fastest 100 butterfly time of the 2016 calendar year and tied the Chinese National Record in the event final.

Zhuhao swam 51.24, which on the season sits behind only the defending World Champion Chad le Clos in the rankings.

Li set a Junior World Record in the semi-final of the 100 fly in Kazan, but slipped back to 8th in the resulting final a day later.

The favorite to join him in Rio is Zhang Qi Bin, who placed 2nd in 52.34, though China only swam one entry in this race at the World Championships. Zhou Jiawei, swimming in an outside lane, was 52.44 for 3rd place.

Four of the five races on Saturday evening were finals. That included the men’s 50 free, where Yu Hexin made a small improvement from his semi-final time to win in 22.16.

There’s still some doubt around this 50 free, as Ning Zetao has been absent while reportedly dealing with a fever of 102 and vomiting.

Ning is the country’s best sprinter, and China isn’t necessarily bound by the results of these Olympic Trials, and the door has been left open when runner-up Shi Yang and 3rd-place finisher Guo Wei failed to make significant improvements from earlier rounds.

In the women’s 200 back final, Liu Yaxin from Zhejiang swam 2:10.01 for the event victory. While that’s two seconds faster than she was at the World Championships last year, China didn’t final anyone in this event at that meet, and weren’t expecting much in terms of medal contenders coming out of this trials.

Xin Xin, now 18 years old, broke through at the 2012 Olympic Trials when she swam 8:22 at only 15 year sold. She’s been unable to make a leap into the next tier of competitor since, however.