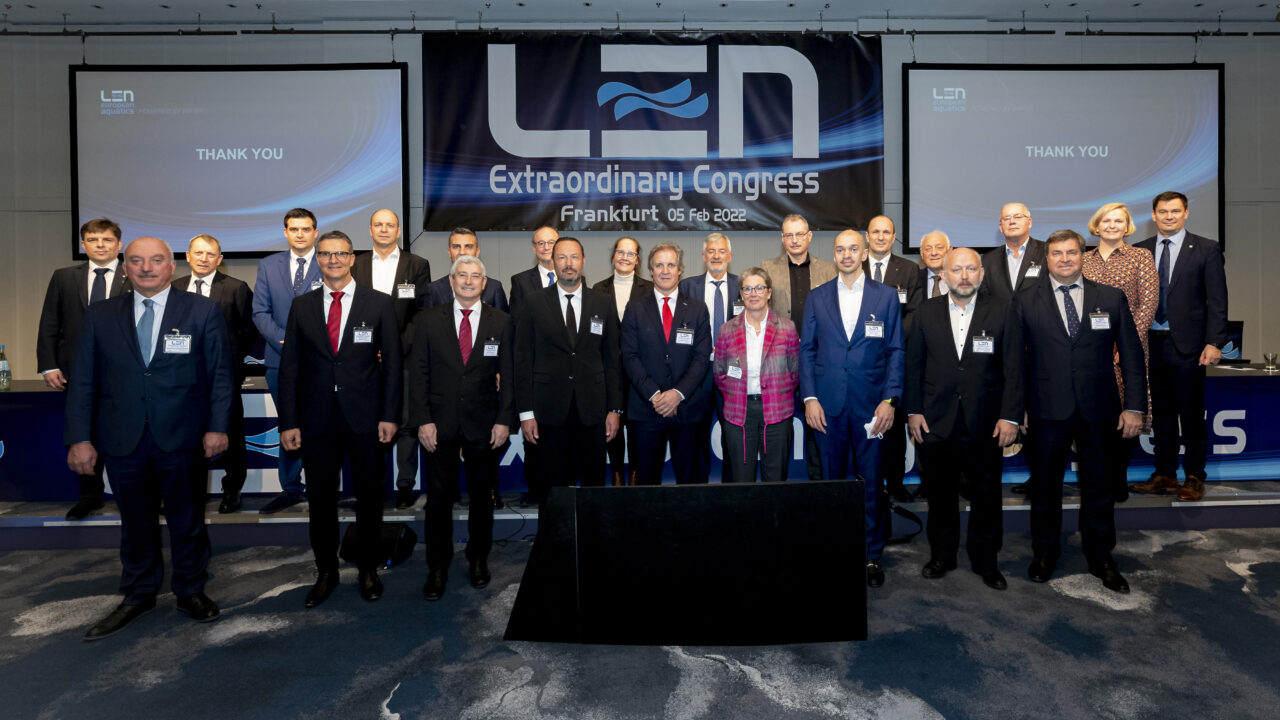 LEN has gotten off to a prosperous start to the newly-elected leadership group head up by President Antio da Silva. Archive photo via Giorgio Scala / Deepbluemedia /Insidefoto

LEN, the European governing body for aquatic sports, held an Extraordinary Congress meeting on May 14 in which the organization touched base on the progress made since electing a new President and LEN Bureau in February.

New President Antonio da Silva, who was elected on Feb. 5, set out a manifesto of four pillars he wanted to implement prior to being elected, and updated the steps taken in each aspect during his first 100 days in office.

The four pillars of da Silva’s presidential campaign were as follows:

“In my manifesto, there was an agenda for each of the four pillars” da Silva said. “We outlined what we wanted LEN to achieve in the first 100 days in office. Significant progress has already been made to achieve these ambitions, and progress will continue to be made and will be ongoing.”

da Silva added that five of his objectives for the first 100 days were achieved, with 16 more still in progress and three more due to start after the Congress.

One of the steps taken under the new administration stemmed from an audit done by the Sport Integrity Global Alliance (SIGA).

General Secretary Andida Bouma said that an independent integrity unit has been set up, an integrity hotline has been launched, and that new ethics, integrity and anti-doping policies are currently on the table.

The following members of LEN leadership were approved:

The election of the new LEN Bureau in February came after a group of European federations, led by da Silva, united to give the former administration (led by former President Paolo Barelli) a vote of no confidence last September.