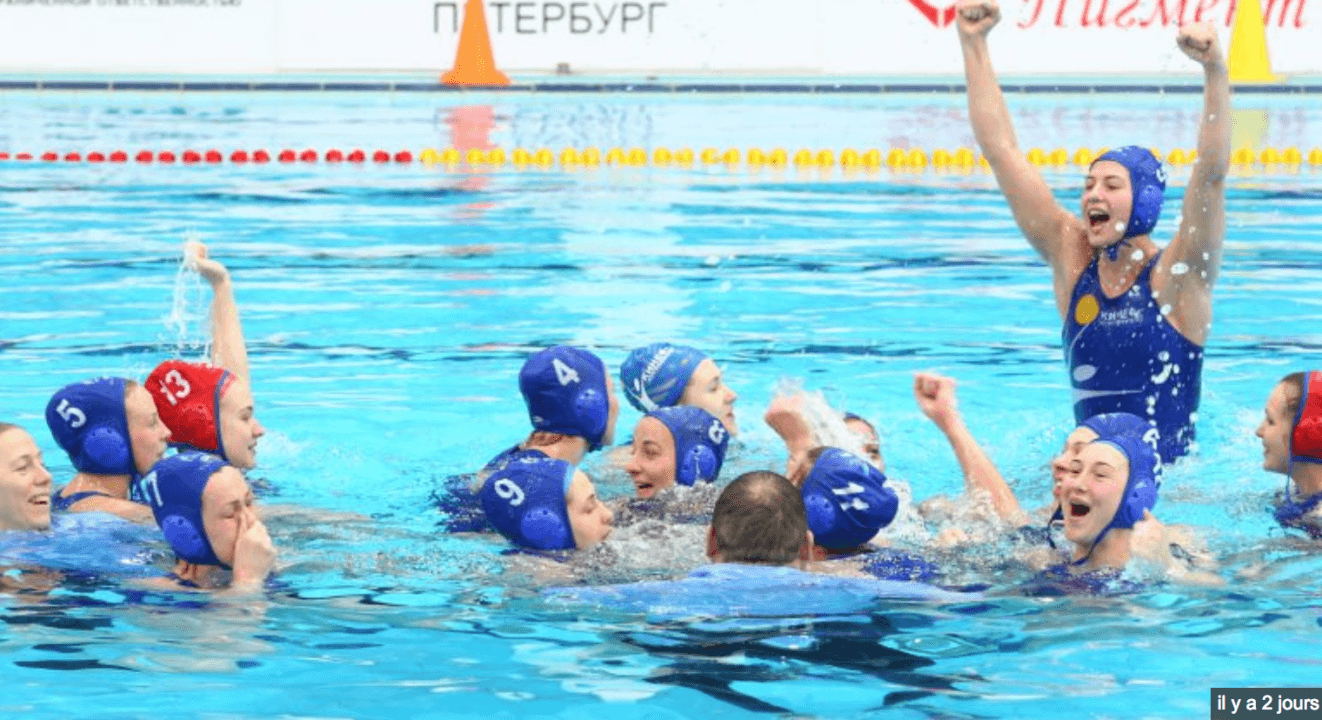 Kirishi has the chance to claim the cup for the first time in its rich history after downing arch-rival Sabadell by netting 18 goals. Archive photo via France Water Polo

Serbian Olympic champion Filip Filipovic netted five goals, including the last two, which gave his side a three-goal advantage in a thrilling match.

Both ended up in third place in their respective groups but as a consolation they managed to go all they way to the final of LEN’s second-tier competition.

Mataro may clinch the LEN Trophy for the second time after 2016, thanks to Anni Espar’s 6 goals against SIS Rome in the first semi-final. Kirishi may claim this cup for the first time in its rich history after downing arch-rival Sabadell by netting 18 goals.

Mataro landed first in the final after a convincing win over Roma. It was tight in the first half but a spirited performance from Anna Espar decided the clash in the second. The Spanish world champion netted 6 goals and put Mataro 6- 3 ahead deep in the third and soon they were 8-4 up in the fourth – and sailed to a fine victory.

The second match promised a huge battle between the former rulers of the Euro League – but it quickly turned into a one-sided contest. Sabadell, winner in 2016 and 2019, could come back to 5-6 from 1-4 but two fast action goals gave 2017-18 champion Kirishi a 5-8 lead by halftime. The Russians rolled on and in the middle of the third they were 6-11 ahead and left no chance for their rivals for a comeback.

Sabadell’s defence collapsed indeed, conceded 4 goals apiece in the first two periods and 5 in the third and then in the fourth too. Though Maartje Keuning hit 6, but only two more players were able to score in Sabadell, while the Russians came up with an excellent team effort and stopped 18 at the end.

So the all-Spanish final remained a dream – now only Mataro has a chance for the cup, it would be their second win in this competition after 2016. Kirishi can claim the LEN Trophy for the first time, it would be a fine addition to their two Euro League wins from 2017 and 2018.

“We prepared very well for this tournament. We played with an amazing defence, you only can do this if you are well prepared and focused on the match and the tournament. We’ve studied a lot SIS Roma, their players and tactics, we know perfectly who their best players. At the end of the match Marco Capanna as well as me played a real tactical war. It has been a match where the defence was more important than the attack situations.”

“We knew it wouldn’t be an easy match at the beginning. But step by step we managed to increase the gap. My 6 goals today are a team effort, because we played with an incredible defence and my teammates had a perfect match. The final of tomorrow is my first LEN Trophy final, so we are going to fight until the end.”

“It was supposed to be a tight match, and it was, but we weren’t able to score, and we had a lack of concentration. It is sad not to see my players happy, but tomorrow we have a really important match for our future.”

“We made a lot of mistakes that you cannot afford in a semi-final of a European competition, but in 24 hours we play another match against a great team. It will be a very important occasion for us.”

Today Kinef Kirishi played a good game and we were not in our best shape. They scored very easy goals. From the beginning of the match it was very difficult for us, and some of our players have to fight a lot to try to cut the gap and I want to take not of those efforts. Now we have to look forward on tomorrow’s match.”

“Now we are sad because of the result, there were a lot of goals against us. Kirishi was better from the beginning and we were fighting, but our efforts were not enough. For tomorrow we have to fix our mistakes as we want to go for the bronze.”

“It was not easy because they have many players from the national team, and they played at home. We had a good game in defence and in attack as well. We played as a team and it has been a good match for us. Our goal was to reach Euro League Final 4, but we didn’t succeed, so we try to play our best here and to advance to the final and win there too.”

The host of the event, the Catalonian Swimming Federation provides free live streaming, visit this link to follow the games: http://www.len.eu/?p=17575.