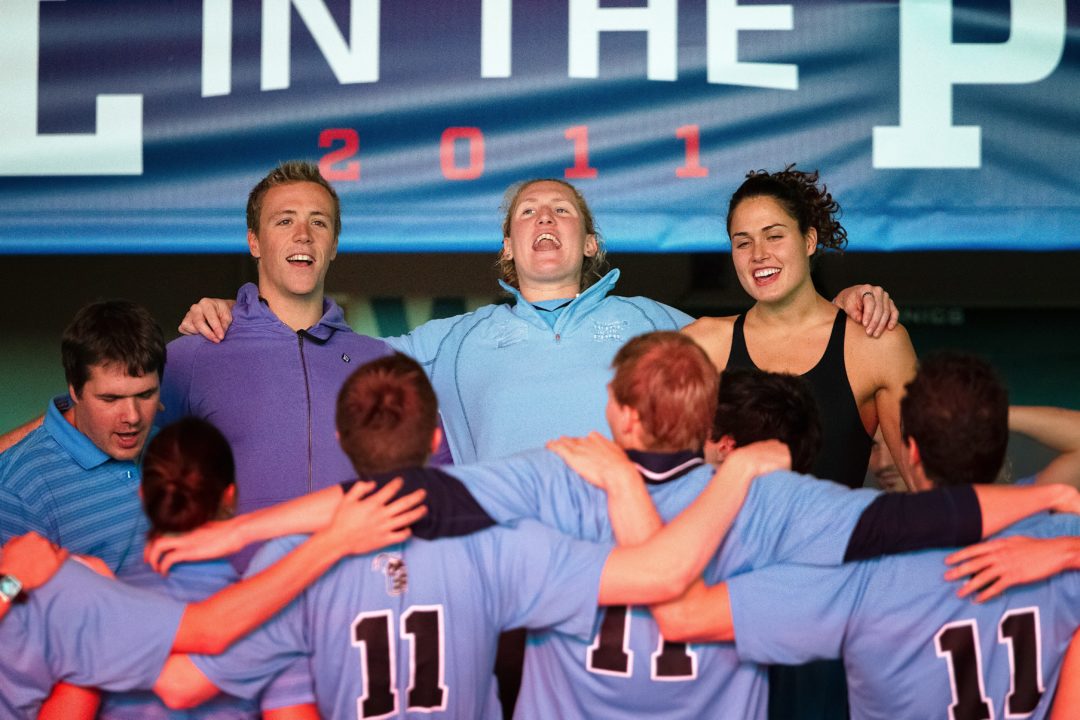 Last week, the governing body for all European Aquatics more popularly known by the acronym LEN announced plans to add mixed relays to all European Championships, perhaps paving the way for the events at more high-profile international meets.

Beginning in 2014 in Berlin, the European Long Course Championships will feature a mixed 400 free and 400 medley relay; later this year at the short course championships in Chartres, France we will get 200 relays of each variety. The relays will be made up of 2 men and 2 women in any order, which will make for interesting strategies on the medleys.

In case you’re curious, we did a quick analysis on what the likely medley orders will be on average. In most countries, the biggest differences between men’s and women’s times are on the front-half on the backstroke and breaststroke. That implies that we’ll more often see men swimming backstroke and breaststroke, with women swimming fly and free. This plays right into the strengths of many of the major countries in Europe anyhow – Sweden (Sjostrom, Alshammar); Great Britain (Halsall, Smith); and The Netherlands (Dekker, Kromowidjojo) have great butterfliers and freestylers on the women’s side.

This is a format that we saw experimented in 2010 at the first edition of the IOC’s Youth Olympic Games; the feedback there seemed to be positive, as that event pushed the envelope with several unique rules across the sports.

I had a look at this a while ago when the idea was first announced – read about it here:

Nice comparisons…who else do you think might factor in there? Gotta think that a Russian relay of Zueva-Efimova-Korotyshkin-Grechin would be highly competitive. Based on 2011 times that’s 59.06-1:06.56-51.77-48.59. Using those .5 second margins for takeoffs, that’s a 3:43.59…surprising that the times don’t put them closer to the Aussies.

The US, as long as their women’s breaststrokers are a mile ahead of everyone else’s, will have a big edge. Oh, and Michael Phelps.

2009 Duel in The Pool also had mixed free relay, Australia A and B vs, Japan A and B
Here’s the video http://www.youtube.com/watch?v=D5EVPWjgbN4

While the statistics above generally favor women over men on the fly/free, I think if the US were to compete they’d do best with men on the last two legs (Phelps/Adrian). This is primarily because Soni and Phelps are so far ahead of the field. It also doesn’t hurt that Franklin/Coughlin are .1 or so from the best in the world, and Adrian is a great anchor (especially when running down some poor girl 5 seconds slower).

Chris – was just having this debate with a friend. Just as I wrote that above…I was thinking, and the Americans would be the opposite! Especially in short course – imagine a front-half of Coughlin/Hardy in 50’s short course.

There was a meet in Australia with mixed relay: the one where Libby swam 52:99, a then would be WR, but not sanctioned by FINA..