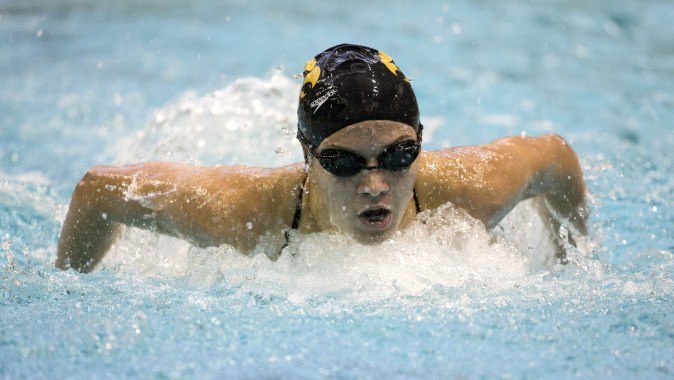 The 20-year-old Lehnertz took more than a second off her previous 100 fly record (according to the Puerto Rican swimming federation’s record books) with a 1:00.32 – her old mark was a 1:01.58 from last summer.

One of the night’s best races was a thrilling 50 free duel between Luis Flores and Erik Risolvato.

Flores eked out the 50 free win over Puerto Rican national record-holder Risolvato to open the session. Flores was 22.69, just two tenths off what he went at the Arena Pro Swim Series in Mesa earlier this month. Risolvato was 22.95, about seven tenths off his national record.

A few other notable swims from Saturday’s session:

The meet continues through Sunday night.

So I’m assuming Morales’ record was in the 200 IM?