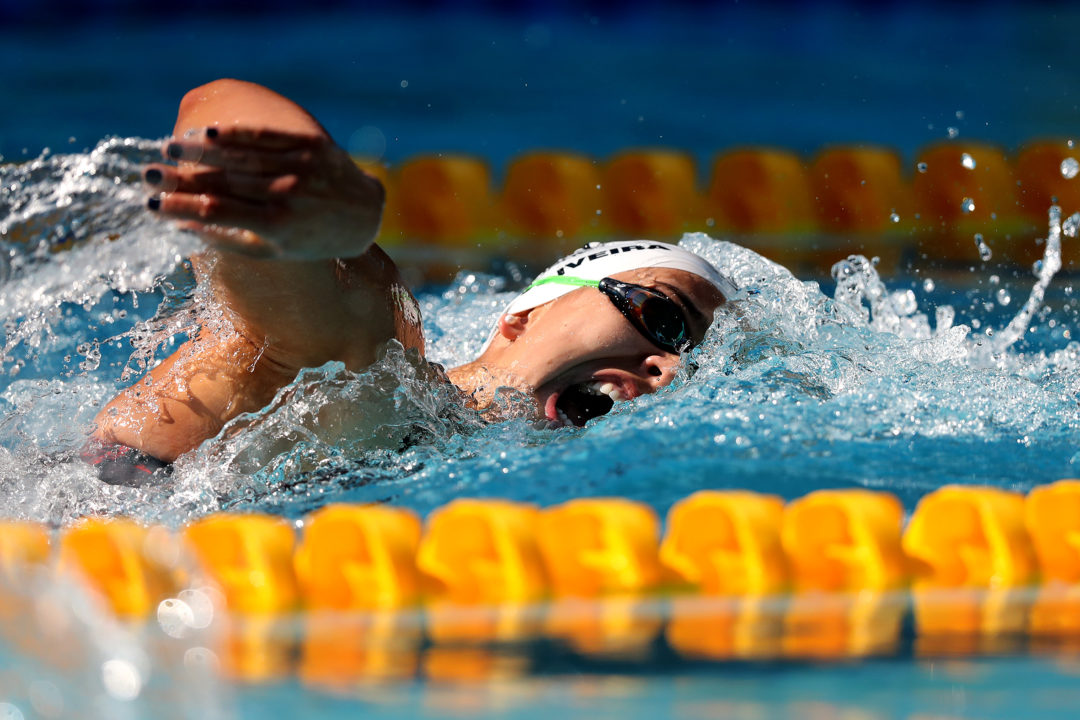 Brazilian Larissa Oliveira made a triumphant return to elite competition on Tuesday in Sao Paulo, as the 2017 Jose Finkel Trophy got underway.

Oliveira was involved in a car accident in early March that resulted in her requiring surgery. A tree branch landed on her car, causing a large perforation injury on her right thigh.

She returned to racing just over a month ago, winning three events at a stage of the Paulista Championship held in Santos. The Jose Finkel Trophy marks her first major competition since the accident, as it’s the second biggest meet of the year in Brazil behind the Maria Lenk Trophy.

The 24-year-old opened the meet with a bronze medal in the women’s 400 freestyle, clocking a time of 4:16.52 in a very close race. It was actually her first national medal in the event, but the medal or time were of secondary importance to Oliveira. She was just thrilled to return to high-level competition less than six months after surgery.

Translated from her native Portuguese, she spoke about her feelings on her return:

“Finkel is the second most important (competition), and being back in it I feel immense happiness”, she said. “Every day that I stayed in the hospital, I was prevented from doing what I like, for one thing that no one was to blame, it was an accident. Starting the competition with a medal brings a lot of happiness. I’m very happy and fulfilled.”

Oliveira spent more than ten days in the Albert Einstein Hospital in Sao Paulo after the accident. Gradually she began to walk with the help of crutches, and was cleared to begin training in May. Being on the national team every year since 2011, missing the World Championships this year was tough on her.

Since 2011 I’ve been on the national team and it was hard not to go to the World Championships. At that moment, I went through several stages of thinking. I went through the hatred of everyone, who does not want to talk to anyone, to know anyone. Then you begin to see the bright side and realize that even in the most difficult situations, there are many people at your side, ” she said (roughly translated).

Oliveira competed at the Rio Olympics last summer, placing 21st in the 100 and 35th in the 200 freestyle, along with appearances on the Brazilian relays. She currently holds the South American record in the 100 free, set at the 2016 Maria Lenk Trophy in a time of 54.03.

The Jose Finkel Trophy runs through Saturday. Oliveira’s primary events, the 100 and 200 free, run Thursday and Friday. Expect her to swim on Pinheiros’ 4×200 free relay at finals tonight.

Check out the full report via Globo Sport here.