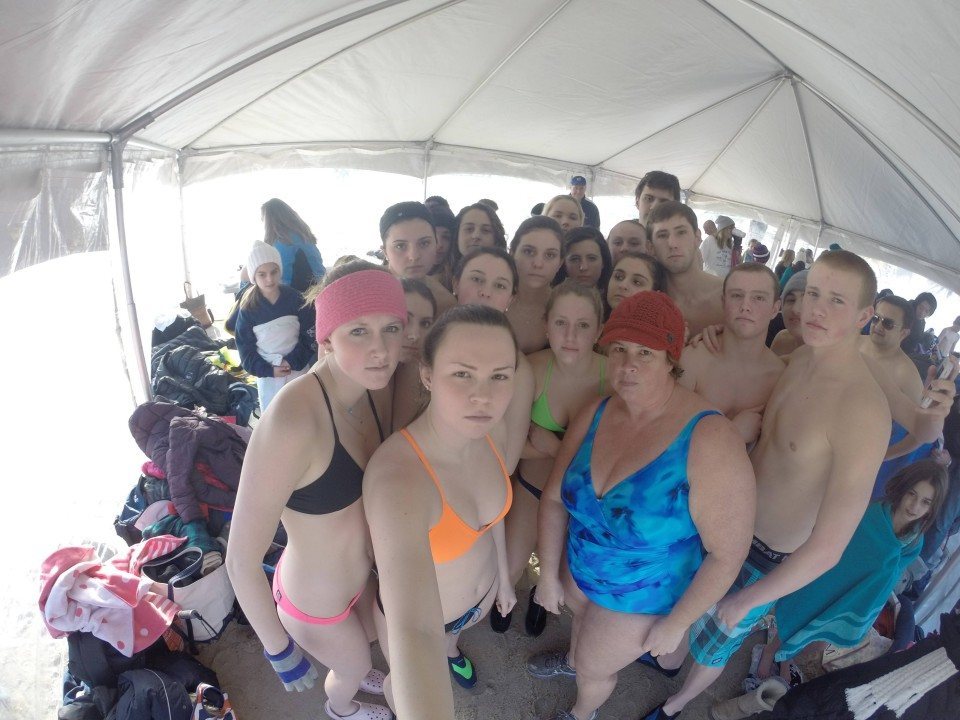 Lakeland Hills YMCA Swim Team in northern New Jersey had their first annual winter social: a private screening of Missy Franklin’s Touch The Wall and a frigid dip into their local lake for The Polar Plunge.

This past Saturday, January 9th, Lakeland Hills YMCA Swim Team in northern New Jersey had their first annual winter social: a private screening of Missy Franklin’s Touch The Wall and a frigid dip into their local lake for The Polar Plunge. Over 225 swimmers packed into the theater at 10 AM to be inspired by Missy’s humbling story. Viewers were taken through a roller coaster of emotions throughout this hour and 40 minute glimpse into the life of an elite athlete.

Immediately following, the team met at the lake where there was a food truck, bonfire, and heated tent so that no one was at risk due to the cold temperatures. The lake, at a brisk 35 degrees, was mostly frozen solid with the exception of one part which had been sectioned off for plungers. The air was 19 degrees-making the water seem like a walk in the park in comparison.

Each participant collected donations and pledge money to benefit the Give A Kid The Y program. This financial assistance program raises money for underprivileged children who cannot afford day care and access to YMCA facilities. In 2013, Give a Kid the Y touched the lives of 500 kids and families with $385,000 in donations. For additional incentive, head coach Keira Cruz told the team that if they raised an extra $1,000, she would plunge along with the swimmers. And she did!

Prizes were awarded to the three plungers who raised the most money. There were smiles all around! The movie and food were donated by the Lore Family. The swimmers had a great day coming together for a worthy cause and “freezin’ for a reason”!

And you all look tough in the picture.