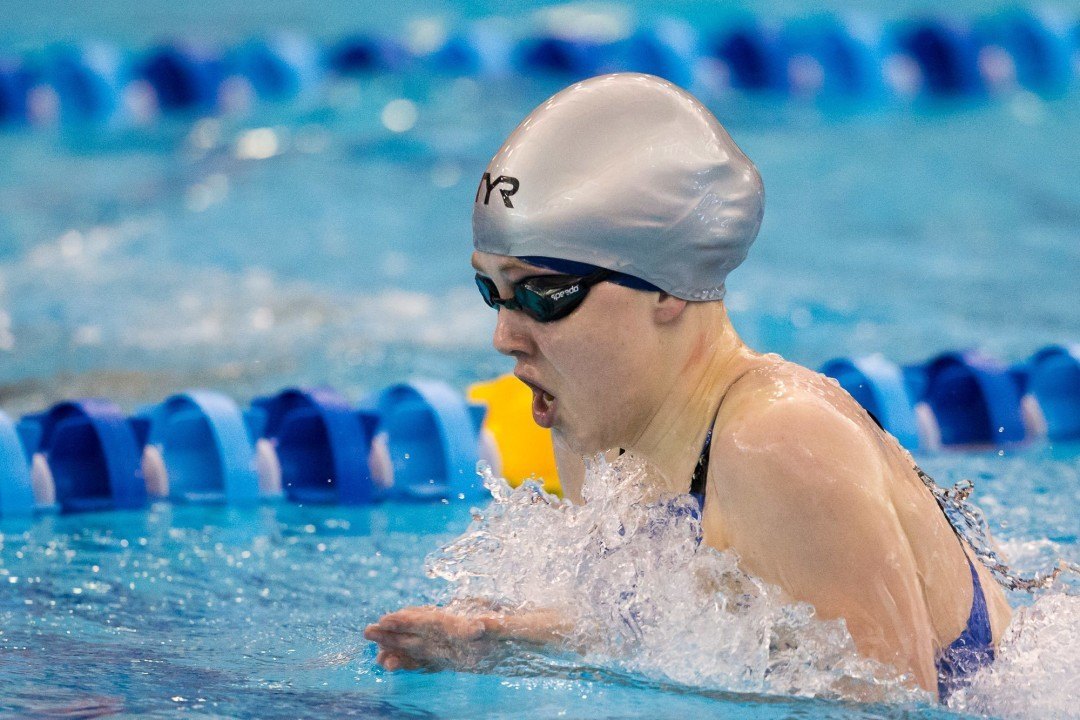 Lake Forest's Reilly Lanigan (above) is the top seed in the 200 and 500 free. Archive photo via Tim Binning/TheSwimPictures.com

Illinois’ top high school talents competed at 16 IHSA Sectional meets across the state yesterday, and next weekend they’ll come together at New Trier High School for the IHSA State Championships.

The team battle will likely rage between Lake Forest and Rosary, who are the only two teams projected to score more than 100 points based on sectional results.

Rosary will sweep. LF can never hold on.

I personally believe that Rosary swim team will be unable to do so because they have a lot of dedication.

The IHSA scoring system to award points to the athletes in the events for those with physical and visual disabilities (APVD) applies only if two conditions are met:

Because there are only 5 total APVD athletes this year, there will NOT be a combined state championship…. only the traditional one.