“Only in L.A.” – Where Swimming and Entertainment Intersect 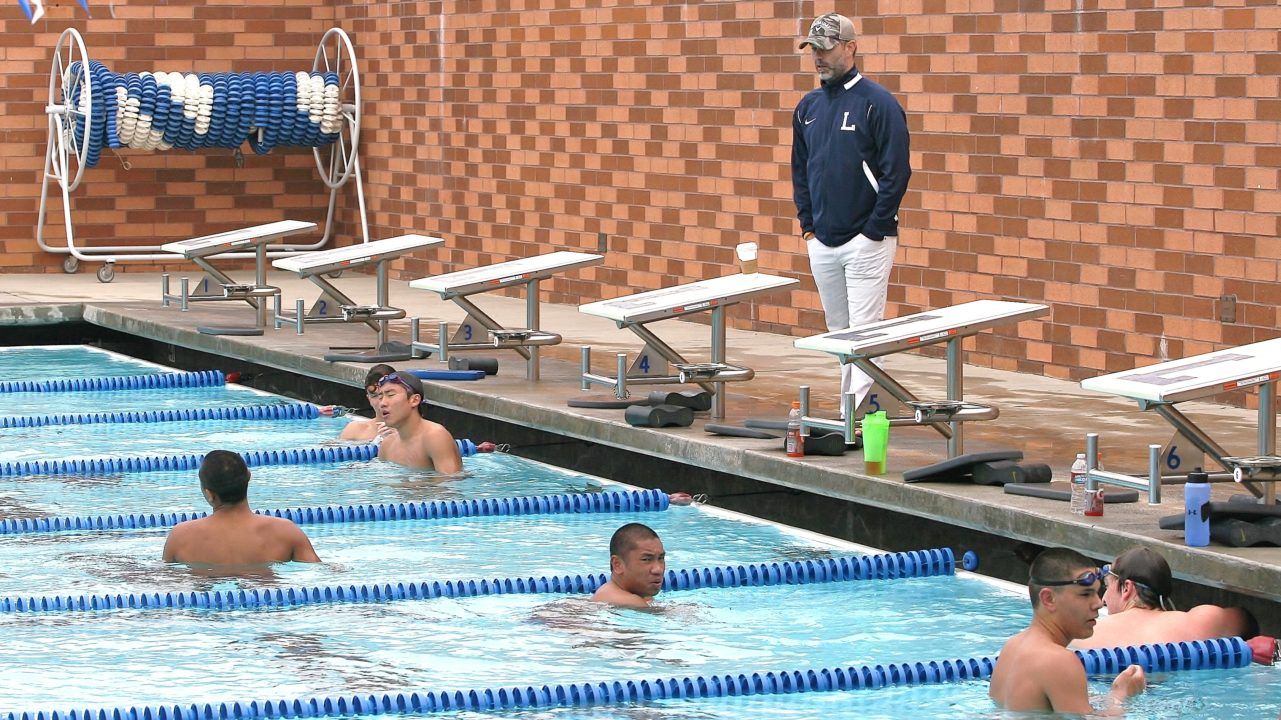 Kevin Mann, the long-time coach of the boys’ swimming and diving team at Loyola High School in Los Angeles, California, is winding up his 17th season and hoping to guide the Cubs to their 12th straight top-3 finish at the CIF-SS Division I championship meet this week.

But this is Hollywood, and everyone’s got a side gig, right?

Mann’s is Haven Entertainment, the production company and management company he founded in 2012, which is currently working in partnership with the Los Angeles Lakers on a documentary about the “Showtime”-era Lakers and the relationship between Magic Johnson and the late Jerry Buss, the legendary owner of the storied basketball franchise.

Mann grew up in Washington, D.C. He swam for Gonzaga College High School, then for Syracuse University. After graduation he moved to California with the idea of going to law school after working for a year or two. Right about the time he called Loyola, a boys’ Jesuit high school that reminded him of Gonzaga, to see if they needed help on the coaching deck, Mann fell into a job working for Jimmy Kimmel at Comedy Central. Over the next decade, while he rose from Production Assistant to Producer to CEO of his own firm, he continued to coach the Loyola boys’ swim team.

“It’s been a tough balance but I love working with the kids. I’ve been fortunate to have Chris Gibson as co-head coach. I run morning practice and he takes afternoons.” The partnership has benefited both the coaches and the swimmers. Recent graduates who have gone on to swim in college have included Peter Kropp (Duke), Josh Kim (Princeton), Samuel Jo (2x California state junior college champion, just last weekend, from Pasadena City College), Joon Sung (Brown), Oliver Maarse (Boston University), Kyle Otazu (Johns Hopkins), Fred Abramyan (USC), Britt Dalby (Texas), and Corey John (UNC), among others.

Mann enjoys his double life, and sees benefits from the crossover every day. “I steal what I learn from coaching and use it in my production work,” he says. “For one, I’ve learned a ton about personalities. Through error (and yes, I lead with that word) and trial, I’ve learned what works and what doesn’t. Each movie is like a season of swimming. A loss can be a win. We make bad movies sometimes. It all mirrors each other.”

But what he finds most meaningful is “really connecting with each other outside of the pool. We must have had 70 former swimmers come back [to cheer on the team] at CIF last year. Some of our parents, whose kids have been gone for years, still volunteer at all our home meets. Swimming fast has been awesome but the community we have created is even better.”

That community will be on display at the Division I championships this coming Thursday and Saturday in Riverside, California, where Loyola will attempt to win its second consecutive section title.

kudos KM! One of the best coaches I’ve ever met.

Even though I’ve learned a lot about Coach Mann he still seems so mysterious.

Great article- so very, very proud of you. You are ‘paying back’ or ‘following the tradition’ of your mom who would bravely drive forth in any weather to attend your swim meet.

I lived in Gardenia as a kid from 6 to 12 years old. The Hollywood stuff is overdue since most areas of LA County are lower middle class cities that don’t make their living off of Hollywood.