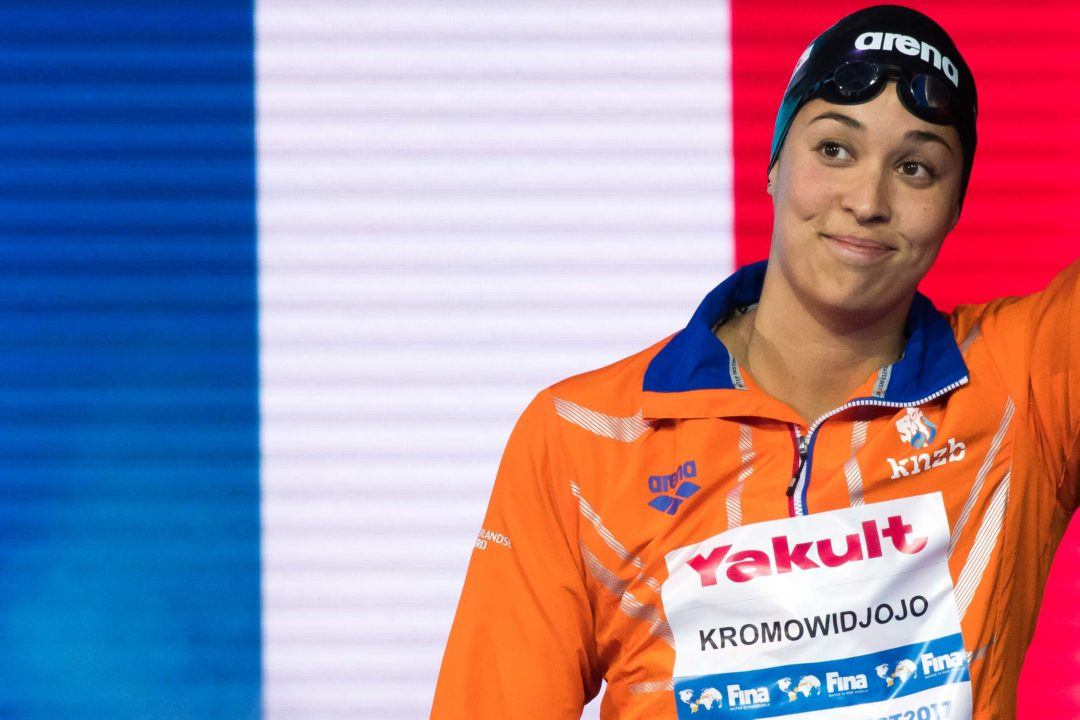 Triple Olympic gold medalist from the Netherlands, Ranomi Kromowidjojo, is doing all she can to stay on top both in and out of the pool, including undergoing a tonsillectomy recently. Archive photo via Mike Lewis/Ola Vista Photography

Last month Olympic gold medalist Ranomi Kromowdijojo of the Netherlands confirmed she’s all-in for the 2020 Games in Tokyo, saying at 27 years of age, “I really love swimming, and love improving at it, getting better every day.” To help the 3-time Olympian in her quest to stay on top for at least 3 more years, ‘Kromo’ is doing all she can both in and out of the pool, including undergoing a tonsillectomy recently.

“I had inflammations for many years, which was very annoying. But most important, every year, it would cost me about 4 weeks of training and always with unexpected timing,” Kromo told SwimSwam about the reasons for the surgery. “So I hope from now on I won’t have those complaints anymore.”

Per her tweet below, Kromo has already returned the pool after the procedure, preparing for the upcoming 2nd cluster of this year’s World Cup, a series that has already been a success for the Dutch sprinter through the first round. While competing at the Berlin stop, Kromo notched a 50 SCM freestyle time of 22.93 to break the world record and become the first woman ever to dip under the 23-second threshold in the event.

After her surgery, Kromo said she spent 12 days out of the water with “no dryland or anything.” However, this didn’t put her too far off schedule, as she told SwimSwam her ‘new season’ training would have only begun 2 days before, so she’s actually not had any training since the last World Cup stop, per design.

In terms of recovery from a tonsillectomy, Kromo says, “I think the first 48 hours are very important to avoid getting bleedings or infections. In the first week I didn’t talk, just took in fluids in order to recover as quickly as possible.”

Next week Kromo heads to Hong Kong to kick-off her World Cup cluster that takes place in the city September 30th – October 1st.

Yeah! Only 12 days after my tonsillectomy im back in the water and training again ???? #eachdaygetsbetter #nooitmeerkeelpijn pic.twitter.com/n5rhDPRdNH