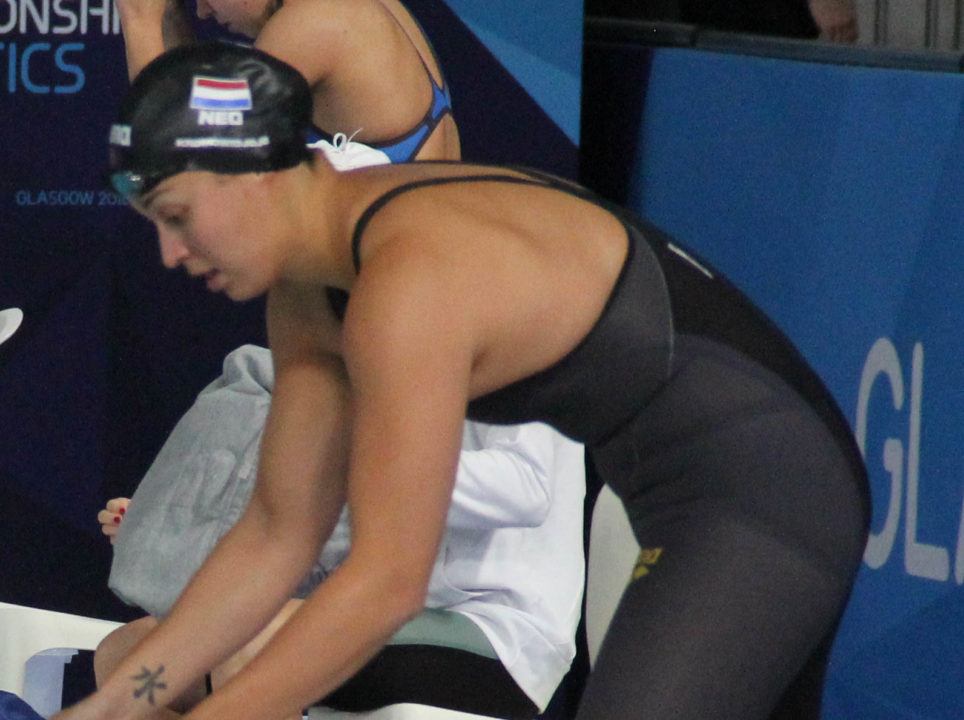 Now that the ISF-Aachen has concluded, the meet which represented the final qualifying opportunity for Dutch swimmers to gain a... Archive photo via Giusy Cisale

Now that the ISF-Aachen has concluded, the meet which represented the final qualifying opportunity for Dutch swimmers to gain a spot on the roster for this December’s Short Course World Championships, the Royal Dutch Swimming Federation has announced its official line-up for Hangzhou.

10 swimmers, composed of 6 females and 4 males, will compete for Netherlands in December. Among them are the two gold medalists from the 2016 edition of the Short Course World Championships, Jesse Puts and Ranomi Kromowidjojo. Puts took the surprise men’s 50m freestyle title over Russia’s Vlad Morozov, while Kromo nailed the 50m free gold for the women in Windsor.  This time around, Puts fell short of the KNZB-mandated qualifying time for automatically qualify for the Championships, but the KNZB discretionarily gave him chance to defend his title.

Teen Nyls Korstanje competed in 2016, but is not on the roster this time around due to his now competing stateside at NC State. Tamara van Vliet and Marrit Steenbergen also competed in 2016 and earned relay medals, but will not be in the mix at this year’s championships.

At the 2016 edition of the FINA Short Course World Championships in Windsor, Netherlands came away with 6 medals total, including the two aforementioned individual golds, along with Kromo’s 100m free silver and 3 relay medals.

Below are the selected swimmers and their respective events.