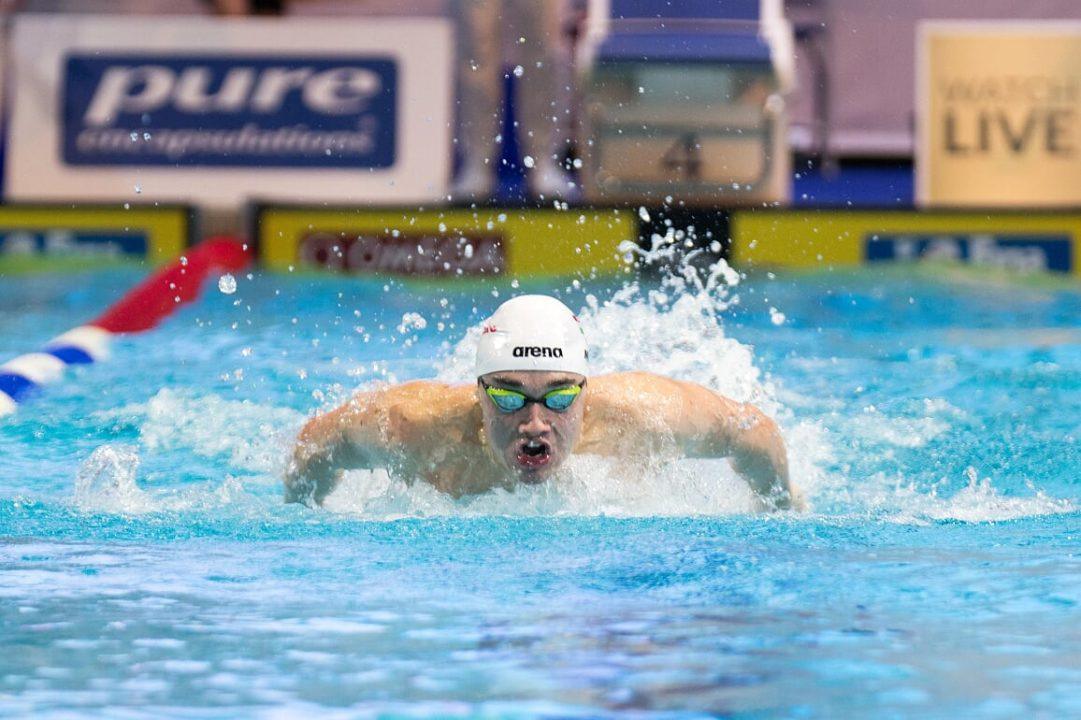 Milak has proven he is a monster in the pool blasting a personal best 200m fly mark of 1:52.71 en route to a Hungarian National title at the country’s 2018 championships. His time there, produced when he was 18, remains as the World Junior Record in the event and also inserted him into the list of all-time greats as the 3rd fastest performer ever in the event.

The fly ace nearly matched that mark en route to 200m fly gold in Glasgow at the 2018 European Championships, hitting a time of 1:52.79. Milak most recently punched a mark of 1:53.19 to take the Hungarian National title for 2019 and add his name to the World Championships roster where he’ll look to take on Japanese SCM World Record holder Daiya Seto, among others.

But Milak has versatility, owning Hungary’s 50m back national record and also owning a 200m free personal best of 1:46.90 from this year. He wreaked havoc at the 2018 Youth Olympic Games, taking gold medals in the 200m fly, 200m free 400m free and also scoring silver in the 100m fly.

Team Iron roster as of May 27th:

Maybe Luca should sign up for one of the ISL teams?

As you may know, I’m Hungarian. In case of Luca my main goal would be Tokyo and nothing else.

It will be good for us. Cseh, Le Clos, Milak and who knows against each other in butterfly races for different teams.