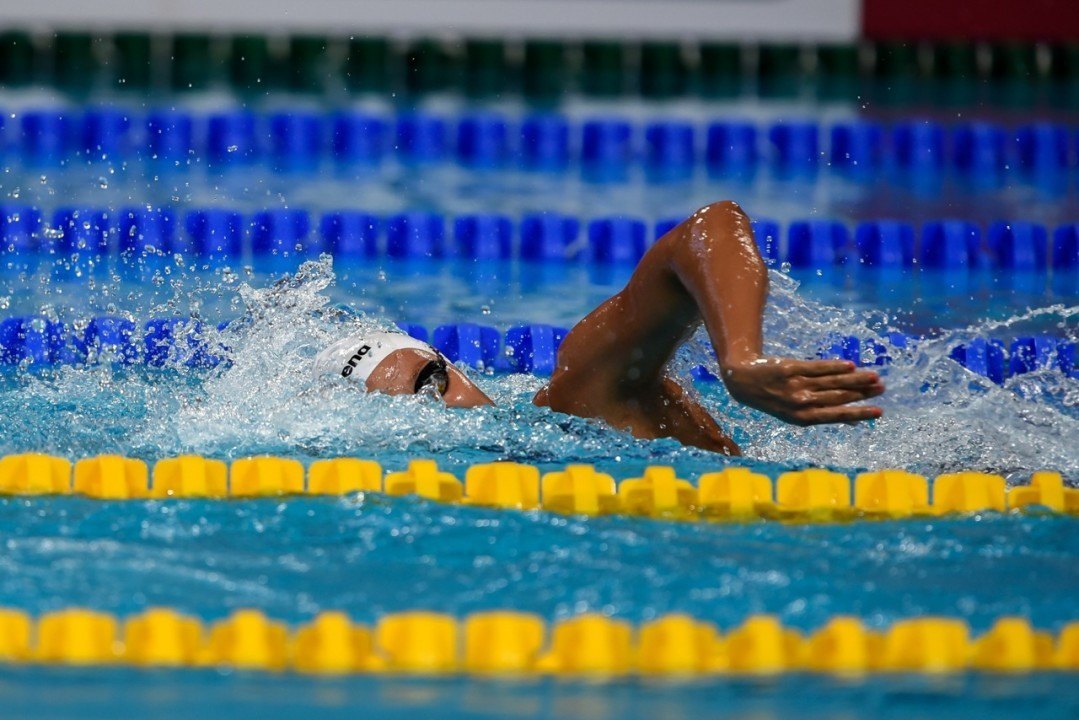 It was a big day for the Energy Standard Club team on the second and final day of the 2016 Energy Standard Cup, with Evgeny Koptelov's and Sharon van Rouwendaal's three wins apiece leading a 14-for-18 day as a team. Archive photo via Peter Sukenik/www.petersukenik.com

It was a big day for the Energy Standard Club team on the second and final day of the 2016 Energy Standard Cup, with Evgeny Koptelov‘s and Sharon van Rouwendaal‘s three wins apiece leading a 14-for-18 day as a team.

The Energy Standard team won all but four open events on Sunday, sweeping both 4×100 free relays.

The fastest relative split on that relay came on the leadoff leg, where fellow Russian Evgeny Rylov was 49.56. (Andrii Govorov of the Ukraine was 49.28 on the anchor leg, but had the benefit of a flying relay start). Rylov also matched his own junior world record time with a 25.09 in the 50 back, though he’s too old to officially tie the mark.

The fastest split of that relay came from Russian youngster Rosalia Nasretdinova, who split 54.96 on the anchor leg.

Rylov is really a special talent. On backstroke of course but I didn’t know he could swim freestyle very well too.