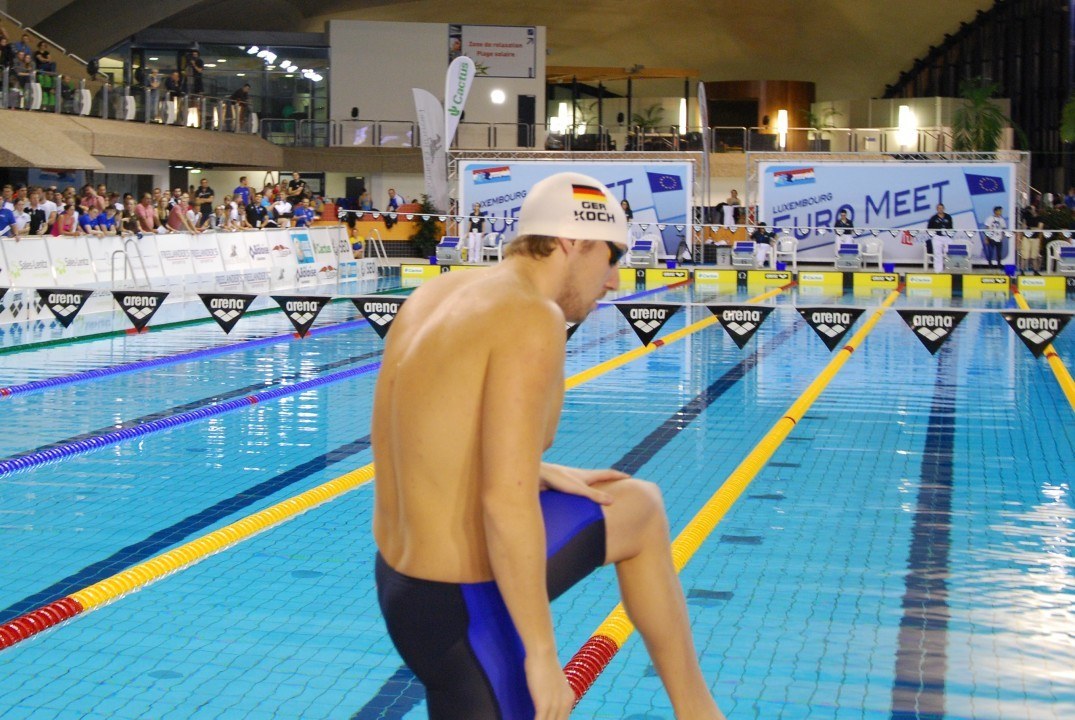 After the confirmation of Laszlo Cseh (Hungary) and Camille Lacourt (France), another world champion will compete at the Euro Meet: Germany’s Marco Koch who recently won the 100m and 200m breaststroke at the 2016 World Championships in Windsor, Canada.

Marco Koch also is the 2015 world champion in the 200m breaststroke in long course meters and set a new world record in the short course edition at the 2016 German SC Nationals in 2:00,44.

The Euro Meet in Luxembourg was Koch’s first international swim meet in 2007 – and he has competed in Luxembourg since his first appearance on the international stage. Koch won both the 100 m and 200 m breaststroke four times in a row from 2013 to 2016. Marco Koch takes a short break after the SC Word Championships in Windsor, Canada, which took place there last week and then he will travel to a training camp in Spain before the Euro Meet.

Marco Koch will share the pool in Luxembourg with Camille Lacourt and Laszlo Cseh. Lacourt announced on French TV at the end of November that he intends to qualify for the 50 m backstroke at the 2017 World Championships (LC) in Budapest, Hungary.

Camille Lacourt took a break following the Rio Olympic Games and on his way to the 2017 World Championships, the Euro Meet will be on of his first competions, along with several members of the best elite French swimming club, the Cercle des Nageurs de Marseille.

World champion and Rio Olympic silver medalist Laszlo Cseh (HUN) also confirmed his attendance to the 2017 Euro Meet. Laszlo Cseh, who celebrated his 31st birthday on December 3rd, stood together with Michael Phelps and Chad Le Clos on the silver medal stand at the 2016 Rio Olympic Games behind gold medal winner Joseph Schooling of Singapore. With this historic finish, the men’s 100m butterfly race was one of the most memorable events in Rio with three men touching in 51,14 tie for second place.

i have heard all the British Podium swimmers are attending too.