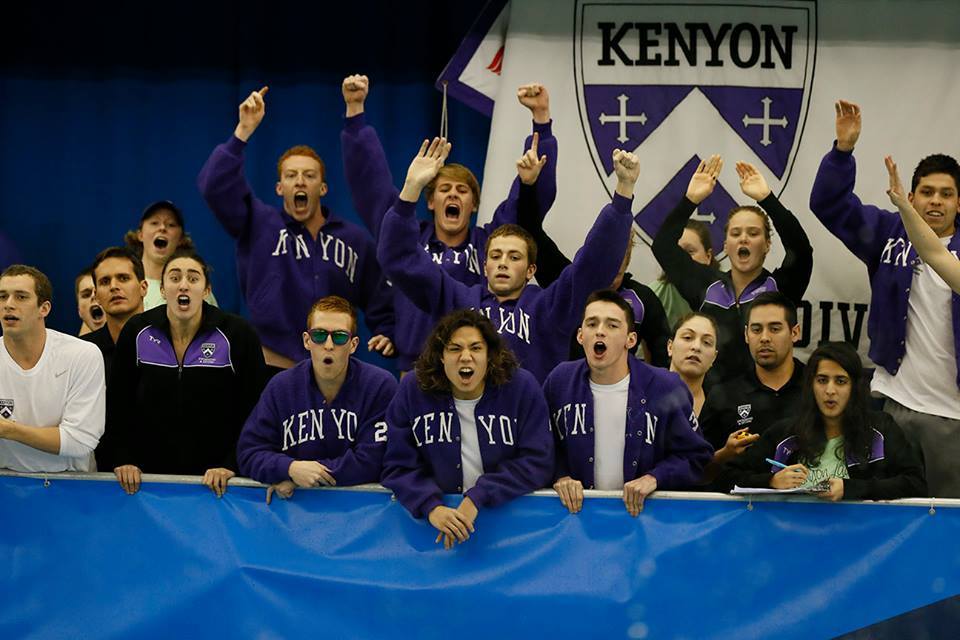 Freshman David Fitch of Kenyon did flip turns on his butterfly leg of the 400 medley relay in heats on Thursday morning at the highest-stakes meet of the year, the NCAA Division III Championships. Archive photo via Carlos J. Morales / AltaSky LLC

Freshman David Fitch of Kenyon did flip turns on his butterfly leg of the 400 medley relay in heats on Thursday morning at the highest-stakes meet of the year, the NCAA Division III Championships. While an unorthodox method for turning in butterfly and breaststroke, where open turns are the rule, flip turns are perfectly legal as long as the swimmer still touches the wall with both hands prior to turning.

Using flip turns in fly and breast, while still the exception to the rule, is becoming a thing. Purdue’s Joe Gardner did flip turns in his 100 breast at B1G Championships in February and the ensuing video stirred up a great deal of interest. You can watch Gardner’s race here, and read the interview with SwimSwam in which he discusses his technique.

The jury is still out on whether or not flip turns or open turns are faster in breast and fly. Fitch split 22.60/26.43 for 49.03 in the medley relay heats this morning. He went 48.18 at the Kenyon-hosted Total Performance Invitational in December, when the Lords won with 3:16.56. That is a misleading figure, though, because all four of the Kenyon legs were slower here at NCAAs than at Total Performance Invite in December. Fitch’s best flat-start 100 fly is 48.49, also from December 2017.

The Kenyon quartet finished ninth out of heats in Indianapolis, which was another blow in an already difficult day that saw the Lords fail to qualify any 200 freestylers for the A final, effectively allowing Emory to slip past them into a projected second place in the team standings.

Ok but he added the most time